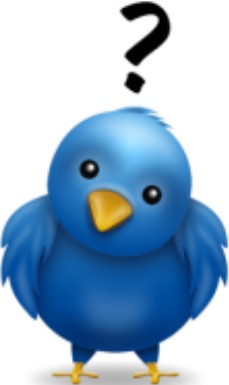 An intense look at the dynamics of the team that built and is currently running white-hot blogging startup Twitter shone new light on the company today, after Fortune magazine penned a lengthy article suggesting former CEO and co-founder Ev Williams was forced out rather than leaving voluntarily in October and that the company once turned down a $10 billion buyout from Google.

It also detailed how the company has experienced continual failure as it tries to launch new, money-making products even as its site traffic has leveled off.

The Fortune article also made much of previously reported news that Google tried to buy Twitter for as much as $10 billion last fall — buzz that was shot down by current CEO Dick Costolo as recently as February as false, when he told the Mobile World Congress, “I don’t know where these things come from. It’s just a rumor.”

Still, Fortune claims the Google offer did happen, along with a plethora of others reported by VentureBeat at the time, and now questions why Twitter didn’t sell at such an outlandishly high figure given its scant $45 million in ad revenue in 2010.

Since Twitter was invented, Internet behemoths have been clamoring to buy it in the belief that it is the one social service with the potential to compete with Facebook. Last fall Microsoft, Google, and Facebook itself all considered buying the company. Microsoft never made an offer, according to sources, but Facebook is believed to have offered $2 billion for Twitter, and Google, by far the most serious, offered as much as $10 billion.

Twitter may have been waiting for a more equitable offer: In February, The Wall Street Journal reported that Twitter received a valuation of between $8 and $10 billion, prompting even more talk of a Silicon Valley startup bubble.

The article goes on to chronicle a series of missteps by Twitter’s advertising team to tempt more paying users and revenue to the site, including its widely misunderstood Promoted Trends.

At the beginning of March, the company released an updated Twitter iPhone application with a new feature called a Quick Bar. This bar ran across the top of a Twitter stream and broadcast trending topics. It included the things people were actually tweeting about most, but also the occasional promoted trend, for which companies paid $120,000. A small group of vocal tech pundits cried foul, with one dubbing it the “Dickbar,” after Costolo. The company immediately modified the product. “They roll things out in an almost sheepish way,” says eMarketer analyst Paul Verna. “When it doesn’t work out, they say it was a test. It’s like a batter getting up to the plate and bunting all the time.”

As for the news that Ev Williams did not simply grow weary of being the king of the Twitter empire —which he once famously called “kind of a sucky job” — and then gratefully hand the reins over to Costolo, the piece says accounts vary as to how and why he left. But there is clearly some ambiguity surrounding Williams’ hasty exit.

By October 2010, Williams had run out of steam. There are different accounts of why he left Twitter. Williams says he demoted himself, naming his friend Costolo to replace him. Multiple sources close to the board say its members asked him to step aside, but no board member will confirm that.

Still, whatever the reasons Williams left or the company turned down double-digit offers in the billions, it is obvious Twitter has at least one major question looming: How will it make money — and when?