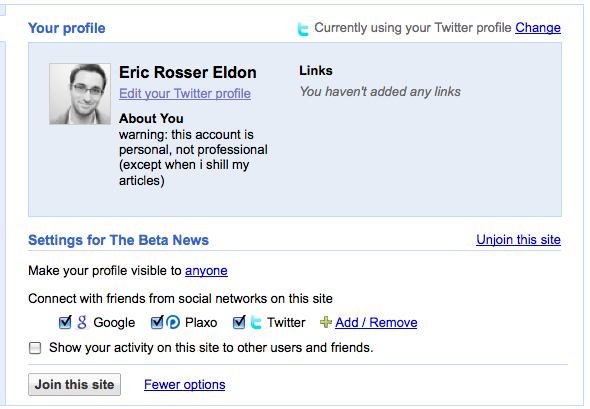 Google Friend Connect, a service for finding friends or making new ones on any web site, has integrated popular micromessaging service Twitter. This isn’t just a mashup of Web 2.0 buzzwords, it could be an interesting new way to socialize on the web. 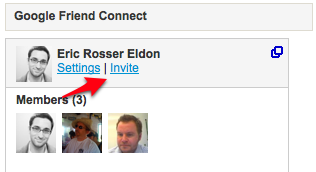 Here’s how it works, and why it could matter: Friend Connect is any easy-to-install widget that web administrators place on their web site; it shows users other people who use the site and lets them message back and forth with those other users. A user can then click on the widget to add identity information from other sites, including Google Chat contacts, friends on social network Orkut and contacts on Plaxo. You can send messages back to Google and Plaxo’s “pulse” social aggregator service, or you can share items onto sites like Facebook, Delicious and others.

The choice of networks you can join and share with makes the interface a little complex for the average user, in my opinion. Facebook’s rival service, Connect, makes things simple by only letting you share with Facebook — the largest social network in the world, with more than 130 million monthly active users. 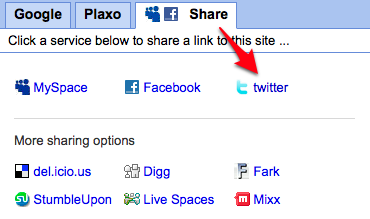 Twitter, though, is the sharing mechanism of choice for an increasing number of web users — more than six million, by some estimates. It’s the most buzzed-about service to integrate with Friend Connect to date.

Here’s why it matters: Twitter’s integration with Friend Connect doesn’t just let you find your Twitter friends who have also added themselves to other sites through Friend Connect. It lets you send Twitter messages (tweets) back to your friends on Twitter. In other words, Twitter is both a two-way social hub and it’s popular.

One problem, though, is that when you try to tweet through Friend Connect, the tweet comes out auto-generated and clumsy. That’s something for Friend Connect and Twitter to work on.

Still, the integration offers the best answer yet to Facebook’s Connect, which itself aims to make Facebook the central social hub for the web. That service lets a web administrator set up a more complex set of features so that Facebook users can find friends on a site and send their activities back to Facebook for their friends on the home site to see. MySpace is also working on these sorts of features through a service called MySpaceID but hasn’t fully launched them yet.

Which is where this fits into the bigger picture. Twitter has also been integrated into other sites, including Facebook, through Twitter’s Facebook application (this application lets me update my Facebook status using my tweets). Twitter already serves as a central communication tool for many people. So far, it’s been successfully competing with Facebook in helping people share information with each other — and it even spurned a purchase offer from Facebook.

Google’s Friend Connect is still rolling out, and it’s not clear if it’s gotten serious traction, but this integration surely gives it a boost.

(Screenshots of Friend Connect’s Twitter integration on the site The Beta News.)