Bret Taylor (left) and Jim Norris (right), two of the masterminds behind Google Maps and several other Google products, have joined the firm as “Entrepreneurs in Residence.” This gives them paid positions to hang out at Benchmark’s offices on Silicon Valley’s Sand Hill Road and think through starting a business. They have a specific idea in mind, but are secretive about it, telling VentureBeat only that it’s a “consumer Internet” company.

Benchmark has been loading up on EIRs lately — we reported last week on the hiring of Mike Cassidy for a similar position — in part because it is more aggressively investing in earlier companies. It now has four EIRs, up from two on average over the years. The EIR arrangement lets the firm build goodwill with entrepreneurs. In return, Benchmark expects entrepreneurs will look to Benchmark as their first source of funding. However, that requirement is not part of the contract, stresses Peter Fenton, a Benchmark partner. 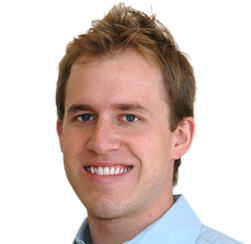 Fenton looked up Bret Taylor last year. The two stayed in touch, and three months ago, Taylor indicated he was ready to start a company. Jim Norris was always in the picture, too, because he and Taylor are virtually inseparable. Both 26, they studied together at Stanford, sharing most of the same computer science courses, and have stayed together since.

There were six Google employees responsible for creating Google Maps. Taylor was the overall project leader, while Norris was responsible for the Web server side of the product. Google Maps became hugely popular, one of the first to be syndicated widely across the Web in the form of “mashups,” and is now stitched inside of tens of thousands of sites. The two joined Google in 2003. While early enough to benefit them considerably at the IPO, it wasn’t enough to give them the many millions that earlier employees enjoyed. They’re likely to want help with venture backing for their company, they said.

However, they said the move to Benchmark is really about the experience the firm offers. “It’s not about the money,” said Norris. While the pair are confident in their ability to build their idea, they want help learning what it takes to run a business, he said. 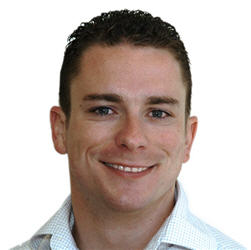 Like Cassidy, the duo will be able to sit in on pitches made by other entrepreneurs to Benchmark. Is there a risk they will steal ideas, as one commenter asked in our Cassidy post? Benchmark’s Fenton said their role will be disclosed to entrepreneurs, who will have the option of requesting that they not partake of the pitch. Fenton said most entrepreneurs welcome the opportunity to have EIRs in on meetings; it adds to the discussion.

Aside from Google Maps, the pair also worked on the Google Maps API, and several products that emerged from the group, including Local and Satellite Maps. In 2006 they each received the Google Founders’ Award, the highest honor given a Google employee, for their work on maps.

Benchmark’s Fenton said the plentiful capital available in Silicon Valley for mid-stage financings makes it more lucrative for Benchmark to invest in earlier stage companies. Valuations are low when companies are young, so Benchmark pays less to own a stake in those risky seed-stage companies. When those companies mature, they have an easy time raising money from other venture firms.