The sharing economy is producing some of the most explosive startup growth in the history of the technology industry. Despite opposition from governments, neighborhoods, the businesses they’re disrupting, and unions, the titans of the sharing economy, Uber and Airbnb, are growing exponentially. With Uber’s latest funding round of $1.2 billion, it’s investment has grown 6,000% in five years. The company’s valuation has reached $18 billion, and it has around 550 employees. Airbnb has grown 750% since 2009 to $450 million in funding, a $10 billion valuation, and over 600 employees. 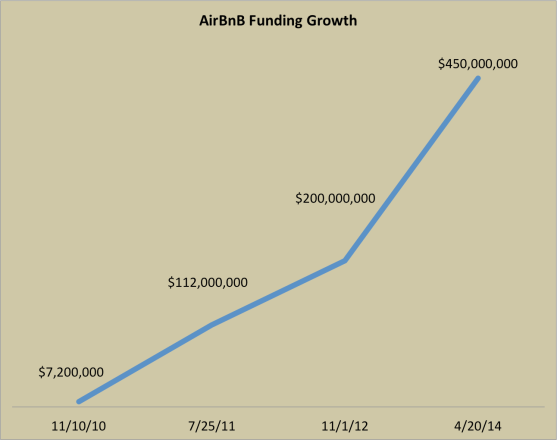 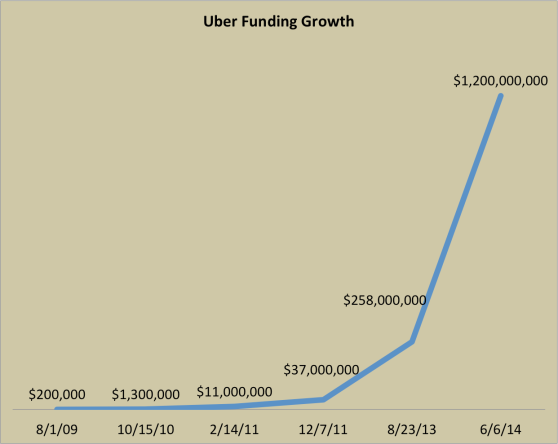 Airbnb has been more forthcoming with its user numbers than Uber; the room-sharing giant has doubled listings most years, according to various funding round reports. 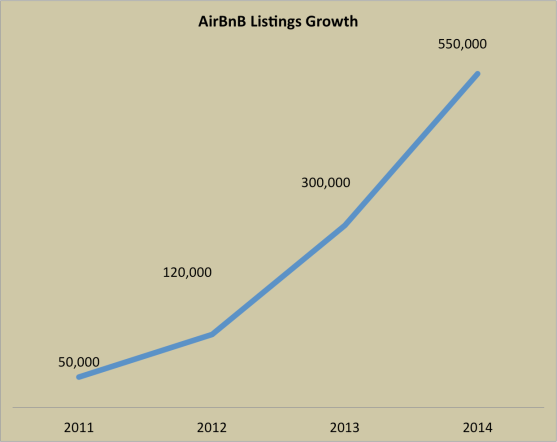 Both Airbnb and Uber have overtaken many household name tech companies in valuation, including Pinterest ($5 billion) and SpaceX ($4.8 billion).

Investors are optimistic, since the market is so expansive it appears to be changing behavior as it grows. When I moved to San Francisco two years ago, one reason I ditched my car was because I could reliably get a ride-sharing service whenever I needed it. More recently, Farhod Manjoo over at the New York Times has crunched some numbers and found that it is, indeed, cheaper to use Uber than a car for many San Franciscans. A car costs roughly $5,000-15,000 a year, factoring in depreciation, gas, insurance, maintenance, and the occasional parking ticket.

My average UberX fair is about $10. If I take an Uber twice a day, five days a week, that’s roughly $5,200. In practice, I mostly take public transit or walk. So, having reliable Uber service is much cheaper than owning a car, at least in a city. Employees are winners, too. Journalist Felix Salmon estimates that UberX drivers are making a net income of about $60,000 per year. 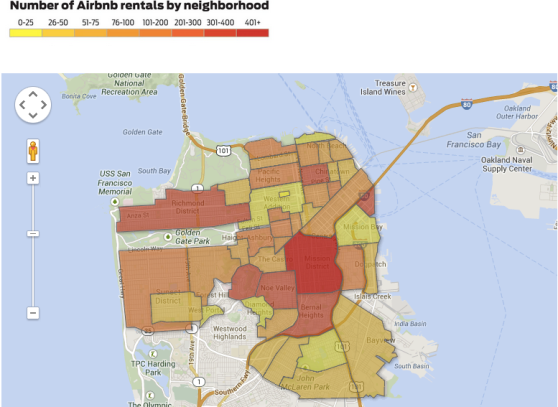