Just two days after debuting its new UberCommute service in Chengdu, China, Uber announced Friday the public release of its API in the country.

Put simply, an API allows for developers to integrate the features, data, or services of third-party apps. In this case, it means that app developers in China will now be able to allow their users to do things like hail an Uber from within their own apps.

That will be a potentially huge step forward for Uber as it attempts to wrestle away Chinese market share from dominant local rival Didi Chuxing, which recently partnered with U.S.-based ride-hailing service Lyft to allow cross-platform use.

“Empowering developers to build moving experiences using the Uber API is a key part of our mission of transportation as reliable as running water, everywhere and for everyone,” the company said in a blog posting.

“For the past six months, we’ve been delighted to work with our partner Baidu to give riders across China access to Uber through an integration of Baidu Maps and Uber’s API. Beginning today, we’re making that same functionality available to developers across China so that they too can connect their users to safe, reliable, and affordable rides from within their apps,” it added.

Both Uber and Didi Chuxing are known to be raising absurd amounts of money to fuel their China expansion.

We reported earlier this month that Baidu Maps has hit 300 million monthly active users, an important milestone that Uber no doubt celebrated alongside the Chinese search giant as it looks to enter 100 more cities in China over the next 12 months.

Uber said it has added China-specific documentation to its developer site to ensure that the API rollout goes smoothly, and built a dedicated Chinese-speaking developer relations team. Meanwhile, it also announced its first hackathon in China. (More details on that here.)

While we’ve known about the Baidu maps integration since last year, Uber today welcomed onboard two new Chinese partners, made possible through the opening up of its APIs.

“We’re thrilled to have Baidu, Qyer, and Raven Tech join us today as our launch partners and can’t wait to see what developers in China will build,” Uber said. “These companies represent how a wide range of brands, from large companies to small startups, can benefit from integrating Uber into their apps by seamlessly offering their users a ride when they need one.” 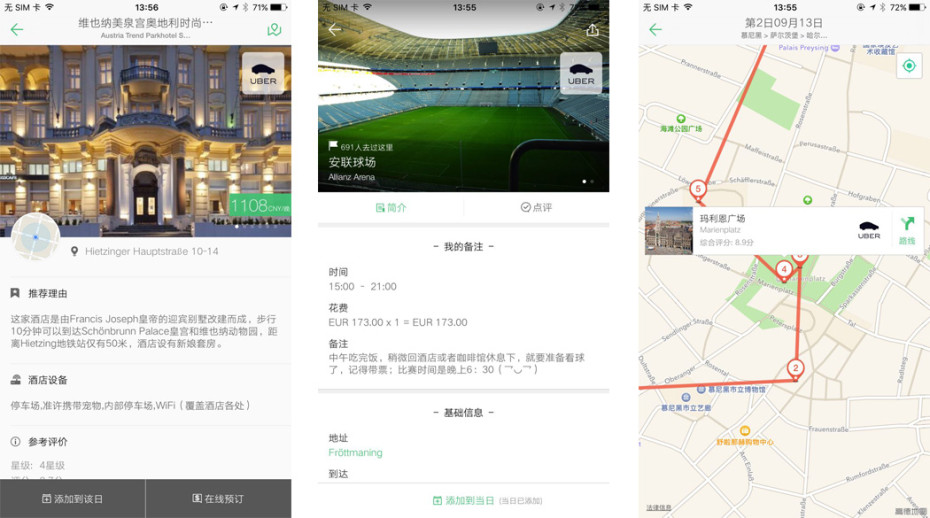 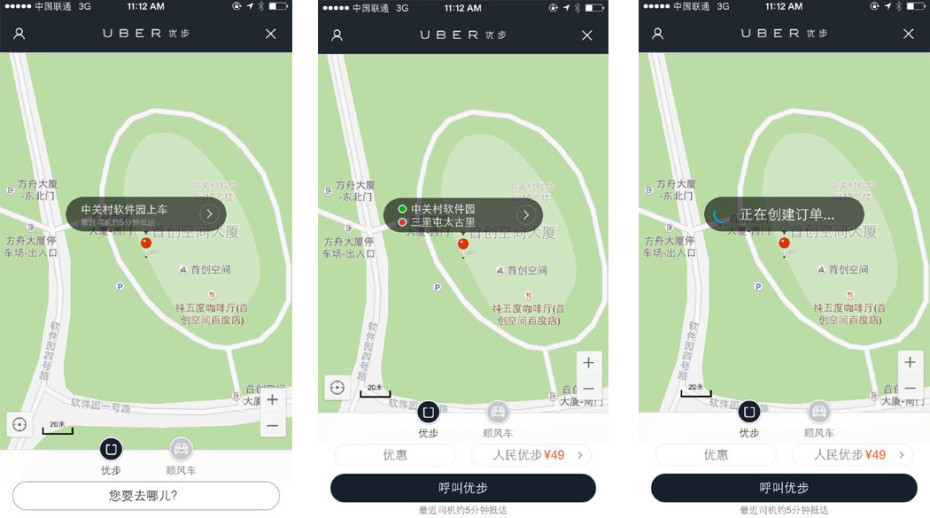 Here’s more on both companies, according to Uber’s release:

Qyer — A Chinese website that was created to assist travel enthusiasts by providing travel tips and a platform where users can exchange travel experiences. Using the Uber API, users will be able to request a ride to a nearby hotel, restaurant, or landmark in 61 countries and 339 cities around the world.

Raven Tech — A tech startup and an alumnus of the Microsoft Venture Accelerator and Y Combinator program. They are focused on artificial intelligence, and Flow, the team’s core project, is a human-human operating system that lets you chat with your friends in an immersive chatting interface. Using the Uber API, a user will be able ask “EVA,” a virtual assistant created by the team, to request a ride for them.

We reported earlier this month that Baidu unveiled its own AI-powered virtual assistant that will live within its flagship Baidu Search mobile app. While it’s not immediately clear if Uber’s integration is limited to Baidu’s maps app, we’d expect to see it rolled into the voice-powered search app as well.

You can check out the video on Raven’s Flow technology below: