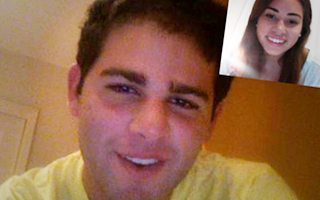 Video chats with random strangers often carry the risk of an unexpected, NSFW surprise. Verbling has something better in mind: Learning a foreign language by chatting with native speakers who also want to learn the language you speak.

For example, I speak English, but I need to brush up on my French. I can use Verbling to start a quick, 10-minute chat with a stranger. Half our video chat will be in English, and half will be in French.

“Right when we launched a big new feature, we logged on and got connected with an Argentinian university teacher from Buenos Aires,” said co-founder Jake Jolis. “He was so excited to get paired up with the founders of the site that he opened a big bottle of tequila and urged us to have a drink with him online. So we quickly ran to our kitchen and opened a bottle of champagne. Together, we three founders in Sunnyvale enjoyed a few drinks while discussing the biggest differences between Argentineans and Americans and life in general, all the while practicing English and Spanish, of course.”

That anecdote pretty much sums up the easy, fluid nature of using Verbling to learn or practice a language. Its founders say the service was designed to eliminate everyone’s most common problem with language learning.

You can elect to chat at beginning, intermediate or advanced levels, and if you’re stuck for conversation topics, have no fear: Stanford language professors have developed a handy list of subjects for you. When each chat is over, you can indicate whether your bilingual conversation was great, good or bad (more later on how these ratings will be used). And you can do as many video chats as you like, continually improving your skills and meeting new partners.

Verbling, a Y Combinator company, takes the concept of video chat with randomly selected partners and gives it a wholly worthwhile purpose.

“We’ve all experienced the frustration of not being able to reach fluency in a foreign language, despite spending years memorizing grammar rules and vocabulary in high school and college,” said Jolis. “You’re very unlikely to reach conversational Spanish unless you practice with people who speak Spanish fluently.”

Jolis was born in Paris and grew up speaking English, Spanish, French and Swedish. He taught English in Tanzania, taught Spanish in Silicon Valley, and worked as a simultaneous French-English translator for the UN. He and a friend were working on a cigar export business in Nicaragua when he decided to join Verbling.

His co-founders have equally interesting stories. Fred Wulff worked at Facebook (on Causes) and Google, which company he quit to join Verbling. And the startup’s CEO, Mikael Bernstein, was born in Germany, lived in France and Indonesia, and served as a Swedish-Russian military interpreter and interrogator for the Swedish Special Forces.

Together, this colorful team has created a unique and colorful product.

The ratings (double thumbs-up, thumbs-up and thumbs-down) will also play into Verbling’s revenue plans. The startup will take the highest-rated users and give them the ability to sell their language-coaching services through the site, sharing the revenue with them.

The idea has so far been quite infectious. The team tells us that shortly after their launch, they started seeing new Verbling users popping up all around the world. And users weren’t just learning new languages; they were getting news and cultural education from a diverse cross-section of humanity.

“One morning we woke up and realized that thousands of native Arabic speakers had signed up on the site,” said Jolis. “We had conversations with people from Syria, Egypt, Saudi Arabia and Morocco. Some of these people told us about their personal experiences of the Egyptian revolution and the recent protests in Syria, for example, which was tremendously eye-opening.”

“When people engage in conversation, they share not only their languages, but also their cultures, personalities and ideas. Verbling is like a window to other societies. And in a world where prejudices about foreigners are abundant, learning about foreign cultures firsthand breaks down these walls of preconceived notions.”