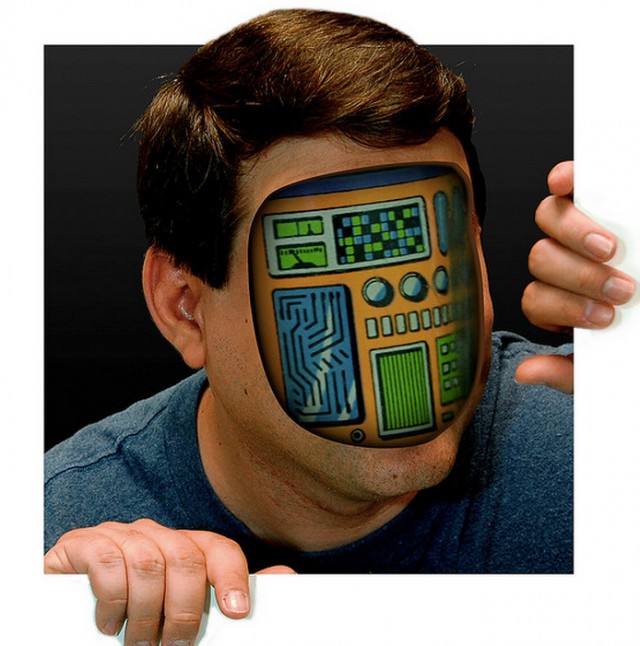 His views, offered up in a talk last week in San Francisco, sparked outrage from doctors.

Khosla is a co-founder of Sun Microsystems, and made his mark as one of the most successful investors during the Internet boom of the late 1990s with his backing of networking equipment companies.

He made the healthcare comments during the Health Innovation Summit, hosted by Rock Health, a seed accelerator company focused on health care. Khosla’s keynote talk is nicely summarized by Davis Liu, a doctor who attended the event. 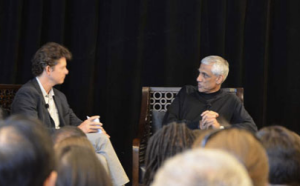 In his comments, Khosla said that medical tradition has mired doctors in voodoo-like practices.

Khosla said that machines, driven by large data sets and computations power, not only would be cheaper, more accurate and objective, but better than the average doctor. To get there, the level of machine expertise would need to be in the 80th percentile of doctors’ expertise, he said.

And then Khosla slipped in some hyperbole: “Eventually, we won’t need the doctor,” he said, according to another report of the talk.

The audience reportedly went silent when Khosla challenged anyone to disagree with him. However, after the talk, critics reading about his talk took to comments at the bottom of Liu’s piece, and elsewhere, including Twitter. Columbia University-trained doctor Bijan Salehizadeh said he was “nauseated” by Khosla’s remarks.

Khosla also upset some doctors by saying that disruption in healthcare is likely to be driven by entrepreneurs outside of the industry, rather than by specialists within. 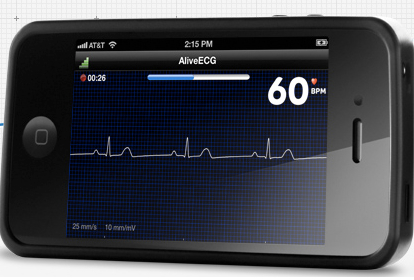 Above: The AliveCor monitor (for iPhone) is an example of a big-data collector

To be sure, Khosla’s provocative remarks are compatible with the lightning rod-prone Khosla we’re familiar with. When he left his former venture capital firm Kleiner Perkins several years ago, to invest in clean technology, Khosla grabbed attention and ire when he said people who advocate hybrid vehicles do so mainly to salve their conscience. Hybrids draw their energy from dirty sources (batteries, and power supply from the regular electric grid), he said, and so their contributions to a greener environment are minimal, if anything.

Khosla’s remarks about doctors aren’t entirely new, either. Earlier this year, he penned a piece titled “Do We Need Doctors Or Algorithms?” Read the piece, and you’ll see Khosla moves beyond the provocative headline, and provides a more nuanced argument about growing importance of artificial intelligence in medicine’s future. He refers to “bionic assistance” that gets better and better, and eventually replaces most doctors. But for a long time, we’ll still need to leverage the top 10 or 20 percent of doctors, he conceded in that piece.

Indeed, the criticism of Khosla’s most recent comments last week is largely knee-jerk in character.

For the most part, the reactions failed to refute Khosla’s main point about the promise of big-data for healthcare. For example, David Shaywitz, a Harvard and MIT-trained doctor wrote a piece “Why I disagree with Vinod Khosla,” but doesn’t tackle Khosla’s big-data argument. Rather, he merely disputes Khosla’s argument that change in the industry will driven by outsiders. Shaywtiz argues that healthcare domain expertise is essential to reform. But the way I read it, Khosla wasn’t  arguing that expertise wouldn’t play any role. Khosla is simply using hyperbole to get his point across. With the angry reaction, he got the stirring debate he was probably hoping for.

Other criticisms were misguided. Salehizadeh, the doctor-turned-investor, later tweeted data that showed investors in healthcare who specialize in healthcare get better returns than investors who don’t specialize. Salehizadeh presumably meant to criticize Khosla’s point that outsiders are more likely to drive disruption. However, in fairness to Khosla, he didn’t really focus on the investor side of the equation — at least as far as I can tell. For investors to put money to work, they need entrepreneurs to back. And Khosla’s point is all about those entrepreneurs, the real agents of change. In an analogy used to explain how outsiders are often more disruptive, Kholsa cited Jack Dorsey, founder of Square, who came from outside of the financial industry to help disrupt mobile payments.

(By the way, even if you do look at investments in health care, the record doesn’t look good. Shaywitz, one of Khosla’s critics, admits that the number of specialized healthcare investors has declined, in large part because of poor returns in the industry, leaving the space relatively starved of capital, and thus readily exploitable by non-specialists like Khosla.)

So if there’s any real standoff, it’s hard not to side with Khosla on this one. You’ve got to be an idiot not to see that the system needs serious change. Doctor Leslie Saxon recently penned a piece for VentureBeat, similarly complaining that the medical profession perceives too much risk in changing the medical structure. That’s why Saxon is trying to connect the more than 5 billion mobile phones in the world, in order to collect health data — which Saxon says she will use to study life patterns, identify disease, and solve endemic health problems.

Meanwhile, Liu, the doctor who chronicled his thoughts about Khosla’s remarks, also managed to look past Khosla’s hyperbole about “not needing doctors.” While doctors do need to remain part of the system, Liu insisted, “Kholsa’s criticism of the health care system is completely valid. Can we do better in being more reliable, consistent, and creating a system process and design that is comparable to highly reliable organizations and industries? Of course. …Care must be incredibly simple to access, extremely convenient and intensely personal.”

And yes, Khosla is investing in health care. During his talk, he reportedly held up a low-budget iPhone attachment that acts as a heart monitor, called the AliveCor (see image above left). Khosla’s firm Khosla Ventures led the company’s $10.5 million second round of financing in June. AliveCor company had previously raised $3 million.

Khosla Ventures also invested $1 million into Cellscope, an iPhone device that turns the phone into a microscope to diagnose ear infections.

This debate comes at a time when other IT-heavy investors are looking at health care. Khosla’s former firm, Kleiner Perkins, recently agreed to join a syndicate of investors to award $100,000 in funding to all of the startups emerging from the Rock Health accelerator. In doing so, Kleiner joined Rock Health’s existing partners Mohr Davidow Ventures, Aberdare Ventures, and the Mayo Clinic.