VideoLAN today launched what is arguably the biggest release of VLC to date: an update for the desktop coordinated with new versions across all major mobile platforms. The world’s most used media player just got massive a cross-platform push.

The company told VentureBeat that the releases are the result of more than a year of volunteer work on the VLC engine and the libVLC library. As a result, VLC has gained numerous new features, has seen more than 1,000 bugs fixed, and has significantly increased its scope of supported formats.

Without further ado, here are the new releases:

One major cross-platform addition is that VLC now automatically detects rotated videos. It can then rotate them using hardware acceleration (supported for MP4/MOV, MKV, and raw H264) for proper consumption: no more stupid vertical videos!

For all platforms, the new version adds support for Digital Cinema Package to play native movie theater formats, compatibility for “a very large number of unusual codecs,” and “vastly improved compatibility” for UltraHD video codecs like VP9 and H265, including encoding, as well as problematic files in Ogg, MP4, and WMV. Now let’s take a closer look platform-by-platform.

First and foremost, VLC media player 2.2.0 adds a feature that has been supported on VLC mobile for quite some time: resume playback where you left off. This might not seem like a big deal at first, but if you remember all those times you’ve accidentally closed VLC, or opened a new video and lost your place in the first one, you’ll love this addition. 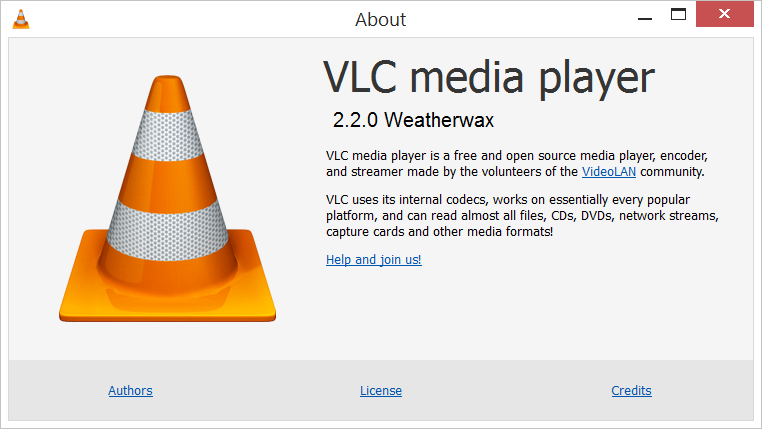 Although extensions have been available for a long time now, VLC for the desktop now has an in-app downloader, similar to what is available in Mozilla Firefox. Oh, and there’s also an extension specifically for downloading subtitles.

The desktop app has also gained experimental support for Interactive Menus on BluRays (BD-J). Last but not least, Mac users will notice a new interface on OS X Yosemite.

VLC for Android arrived in beta back in July 2012, and while VLC 1.0.0 was released briefly on Google Play earlier this month, VideoLAN told VentureBeat that was still a prerelease build meant for testers. Now it’s finally out of beta and available as a stable version to the masses after more than 30 months of development. 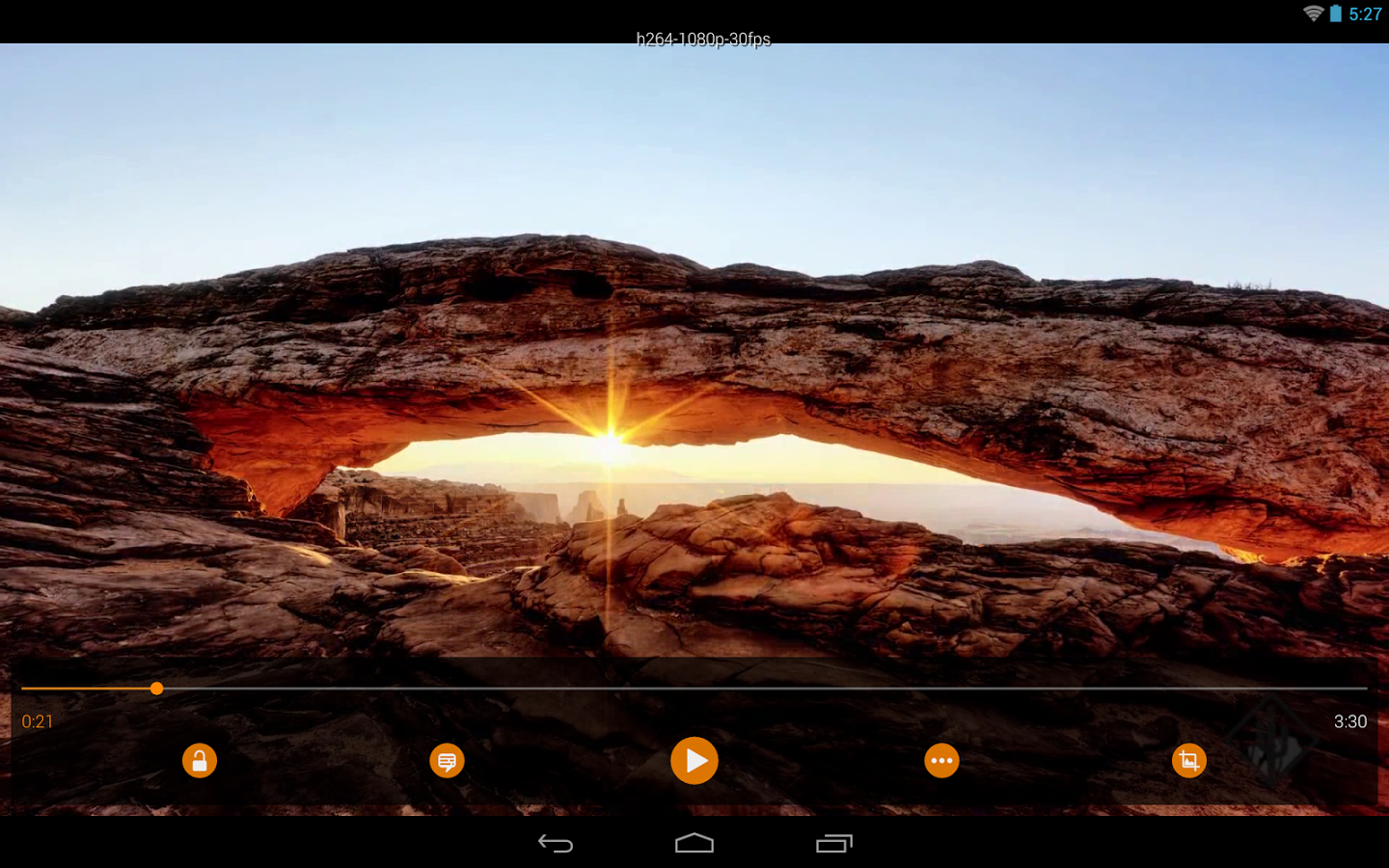 The biggest highlight on Android is that the user interface has been rewritten to align with Google’s Material Design mantra.

VLC for iOS has had a long, troubled history, including launching, being pulled, and relaunching on the App Store. Most recently, it properly returned in July 2013, was redesigned for iOS 7 in January 2014, and then disappeared again in September 2014 around when iOS 8 arrived. Now it’s back, again.

The biggest highlight on iOS is that support for iPhone 6 and iPhone 6 Plus has been added.

While it may seem odd at first to lump these three platforms together, they do share one major thing in common: VLC was only offered on them as private test builds for select testers. Now the three are all getting their first public beta release. 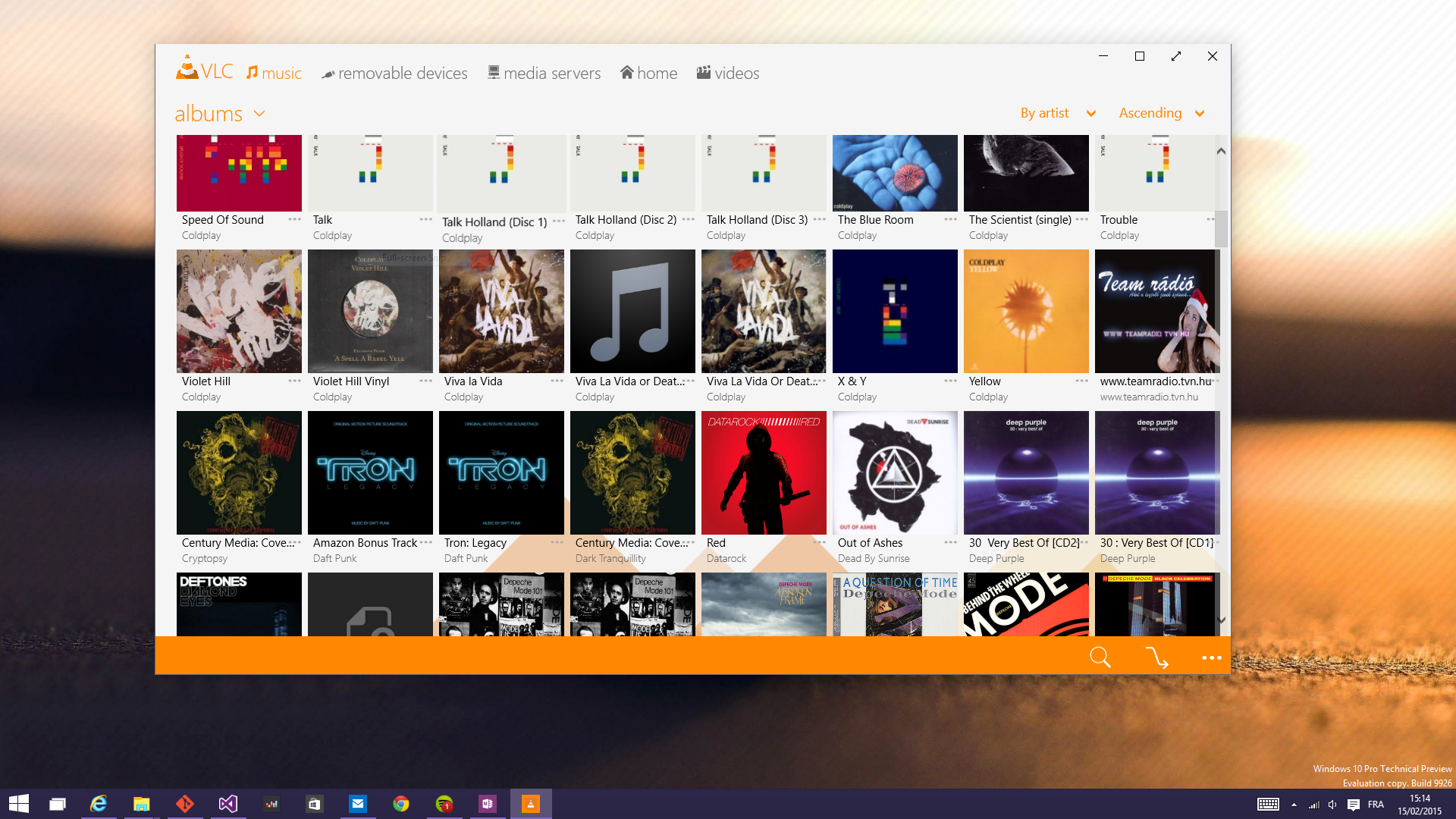 Apps for Windows RT and Windows Phone have been a long time coming. In fact, a Kickstarter for the Windows RT version (the Metro app that also works on Windows 8) successfully concluded in December 2012. Both apps have now been merged, and while there are no major features added (just bugs fixes and stability improvements), the beta tag isn’t quite ready to come off just yet.

The Android TV app is still very basic, although a lot of the core work is done since it is based on the main Android app. The main features right now are video and audio browsing, a settings page, and recommendations.

“I’m very happy [with] these releases,” Jean-Baptiste Kempf, lead developer and president of VideoLAN, said in a statement. “Moving VLC to the mobile world was difficult, but the difficult is done. VLC runs everywhere, plays everything. We’re working on many new features for VLC 3.0.0 to finish what we’ve started here.”

VLC 3.0.0 is currently slated for release “later this year.” This next major release will bring hardware decoding and acceleration to more platforms, better support for MP4, adaptive streaming, and TS streams, as well as basic Google Chromecast integration.