VR First is on a quest to jumpstart interest in augmented reality and virtual reality at schools around the world, and so the industry-supported group has pledged to create a total of 50 VR First educational labs at universities by the end of 2017.

There are already 26 labs operating in the United States, Europe, Asia, and Oceania, with another 14 labs coming soon and more in development. VR and game engine maker Crytek helped start the program, which now has lots of members.

The VR First Lab Initiative believes that VR and AR will drive the job market in the future and that students should be trained on modern equipment to create new kinds of content. So VR First engages with top universities and science parks to set up or renovate current PC labs, making them into AR/VR-ready facilities. Each lab gets state-of-the-art equipment plus active fostering of collaboration between labs and the AR/VR community.

The VR First network includes 581 universities and science parks. The existing labs are located in 23 countries. 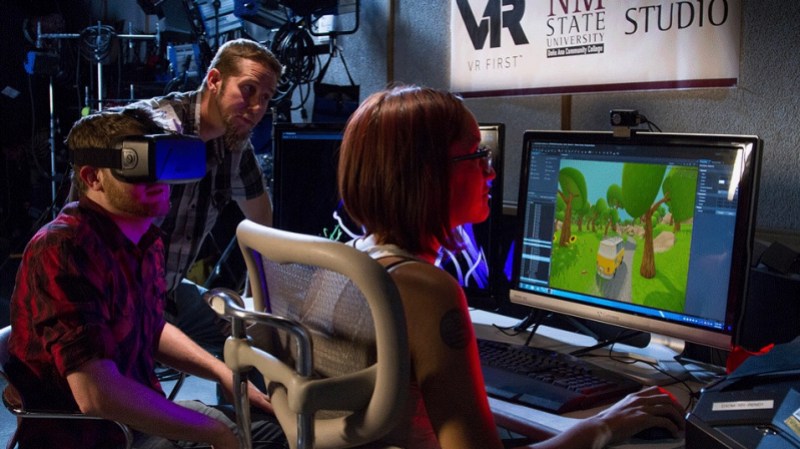 VR First labs have so far supported an estimated 3,783 developers worldwide, helping them learn about the diverse new technologies. The applications under development cover gaming, education, architecture, cinematics, psychology, and other sectors.

VR First is working with the Institute of Electrical and Electronics Engineers (IEEE) and industry stakeholders to create new standards for creation and consumption environments in VR, AR, and mixed reality, and all related devices.

The new standard, IEEE P2048.5, is one of eight AR/VR standards being developed as part of the IEEE Digital Senses Initiative. VR First is partnering with Futuremark to support the benchmarking requirements through standardization efforts.

Through its Lab Renovation Program, VR First will promote the adoption of these new standards by lab partners, governments, and science parks. The first working group meeting of major industry partners will be held at VRLA, April 14.

“The progress VR First has made in just its first year, from 26 labs open and more coming soon, to its growing technology partner network and the unveiling of dozens of VR projects developed at VR First Labs, is excellent momentum to democratize the innovation VR/AR landscape,” said Ferhan Özkan, cofounder of VR First, in a statement. “With more than 65 percent of universities planning dedicated VR labs, plus science parks’ and governments’ interest to do the same, continued growth of our efforts is without question. We invite all industry technology providers and stakeholders to join us in this meaningful program.”

Games account for about 35 percent of the projects underway, and 12 percent are focused on psychology and neuroscience, 7 percent on education, 7 percent on tourism, and 6 percent on architecture and real estate, among other verticals.

While all VR First labs are equipped with all major VR/AR platforms and technologies, most of these initial projects were developed for the HTC Vive and Oculus Rift platforms, which each accounting for 31 percent of projects created. Unity is the preferred engine (48 percent), followed by Unreal (20 percent) and CryEngine (14 percent).

Here’s a sampling of the work under way: 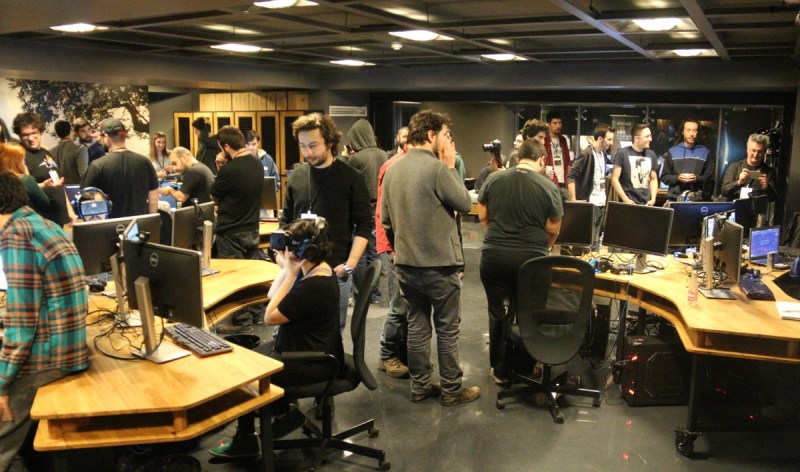 Above: VR First lab at Bahcesehir University in Turkey.