The match is reminiscent of IBM’s Watson supercomputer taking on (and beating) contestants Ken Jennings and Brad Rutter on the game show Jeopardy, except that Go is very challenging, much more so than chess, and AlphaGo’s underlying technology is considerably more complex than Watson’s. Google is going into the match five months after AlphaGo beat the French Go champion Fan Hui, a historical achievement in itself. Sedol, 33, of South Korea, is considered the best player in the world.

After 186 moves, AlphaGo beat Sedol by resignation. But Sedol had more than 28 minutes remaining on his clock by the time he resigned, while AlphaGo had 5 and a half minutes left, according to a statement.

Sedol lost to AlphaGo again, this time going into overtime and resigning after 211 moves, according to a statement. “Yesterday I felt like AlphaGo played certain problematic positions, but today I felt that AlphaGo played a near perfect game,” Sedol said. “There was not a moment I felt like its moves were unreasonable.” Move 37 in particular was notable — it was so surprising that it caused Sedol to get up from his chair and walk out of the room. He came back about 15 minutes later.

AlphaGo won this game and thus won the entire match. The game went into overtime and Sedol resigned after 176 moves. In a press conference after the game, Sedol apologized for the outcome. Google is receiving a $1 million prize for the win, and the company will donate the money to UNICEF, Go-related groups, and nonprofit organizations that focus on science, technology, engineering, and math (STEM), according to a statement.

For the first time in the match, Sedol beat AlphaGo. The Google program resigned following 180 moves. Reporters on hand gave Sedol a standing ovation, and according to a statement Sedol later said, “I’ve never been congratulated so much just for winning a single game. I would not exchange today’s win with anything else in the world.”

AlphaGo came out on top for the final game in the match. Sedol went into two periods of overtime and ultimately gave up after 280 moves, according to a statement. “Personally, I am regretful about the result, but would like to express my gratitude to everyone who supported and encouraged me throughout the match,” Sedol said. 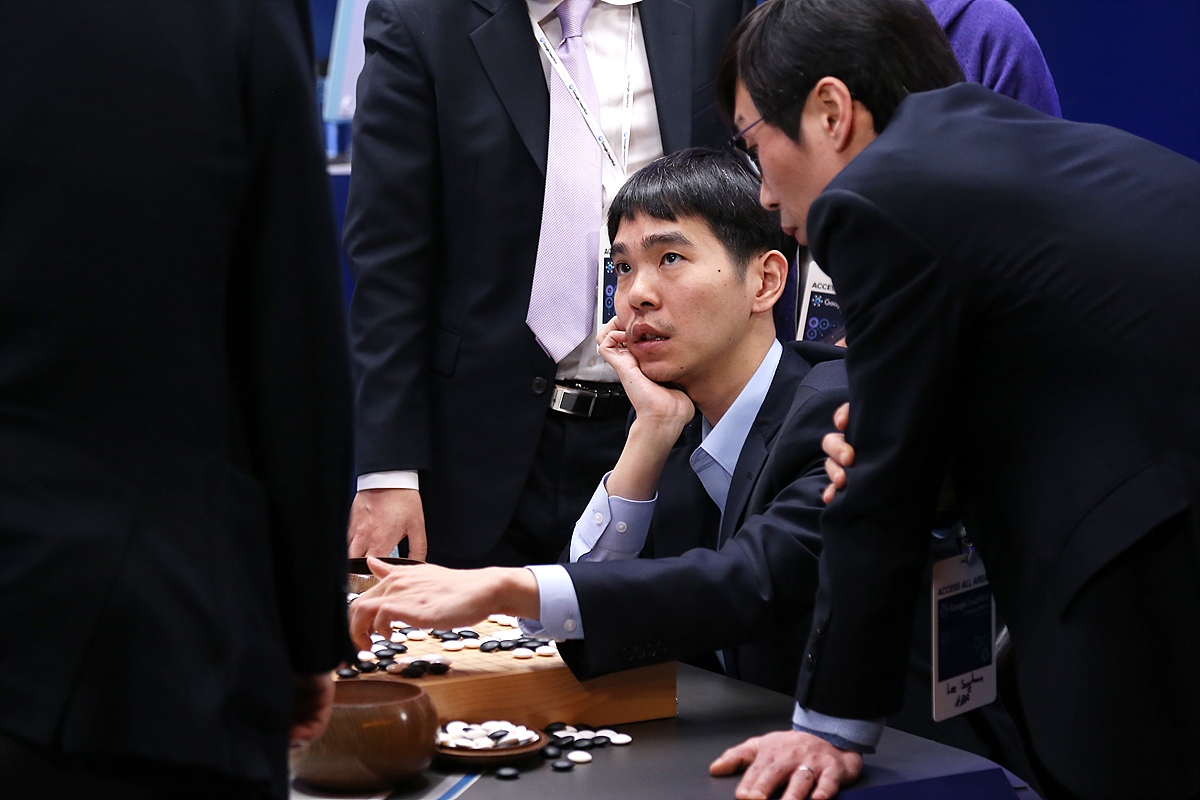 Above: Sedol during Game 5 on March 15 in Seoul.

Updated on March 15 to add detail on all five games.