November 2014 was a big month for the Web. We saw the release of Chrome 39, the debut of Firefox Developer Edition, and now we’re learning the latest version of Internet Explorer is used by one in four Internet users. Furthermore, the most hated browser version on the planet, IE6, has finally fallen below the 1 percent market share mark.

Between October and November, here is how the browser market changed, according to the latest figures from Net Applications: 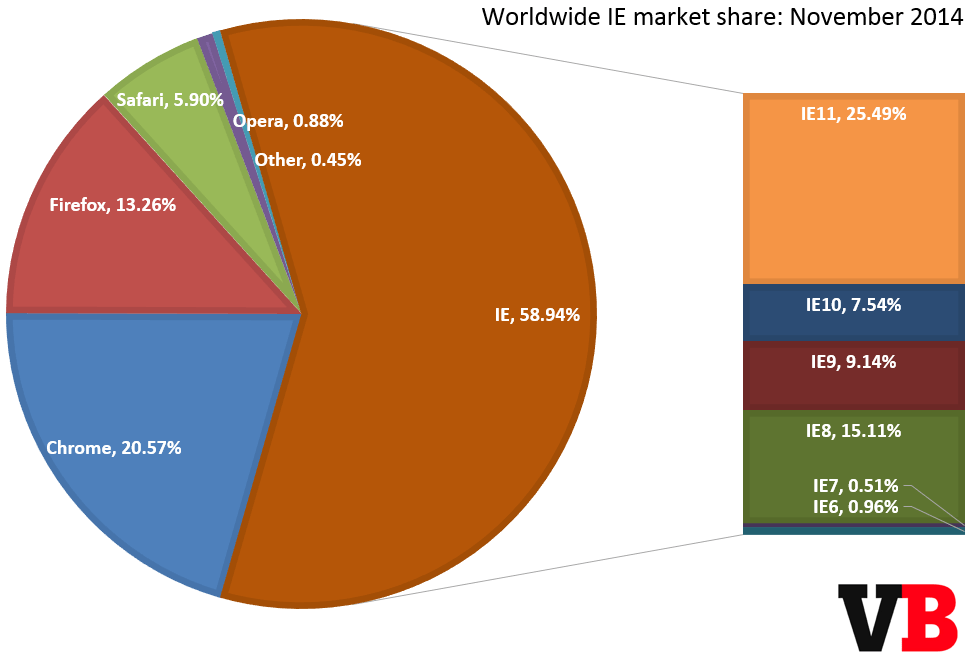 In October, IE11 managed to pass IE8 to become the world’s most popular browser, and now the gap is widening. This new trend became possible because Windows XP, whose users can’t upgrade past IE8, has started to lose significant share. As a result, IE11 is no longer stealing market share just from IE10 and IE9, and those browser versions have managed to recover as well.

Web developers will be happy to learn that not only does the latest version of IE11 now finally have the largest userbase, but IE6 has fallen below the 1 percent mark. Microsoft has an IE6countdown website just for the purpose of tracking which countries are still above this threshold (China is the biggest offender). 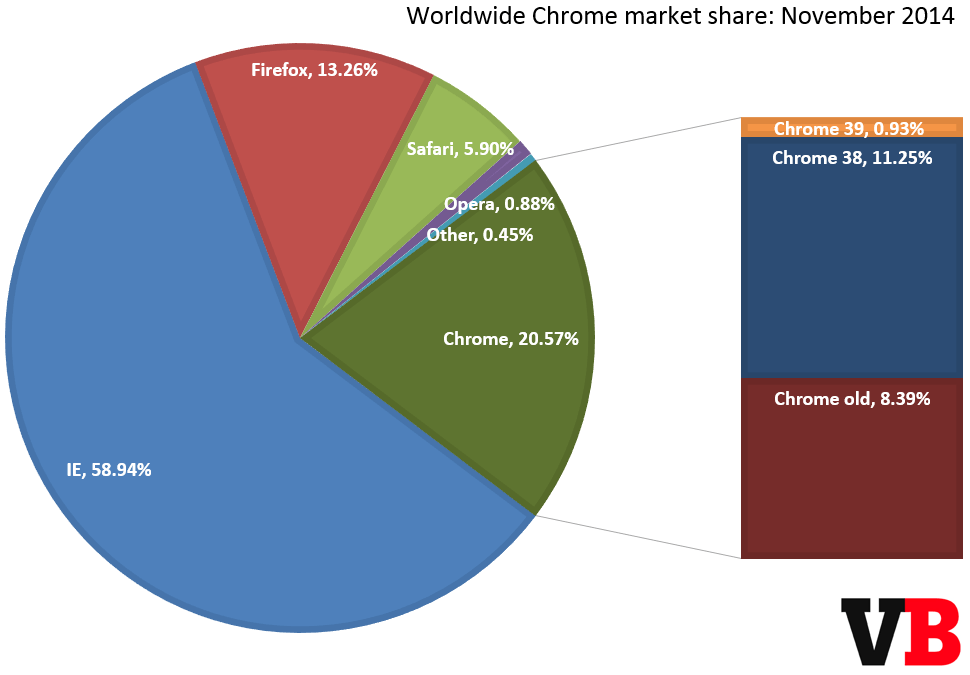 Google’s Chrome didn’t see any gains this month, and this is the first time we’re noticing that its built-in upgrade system hasn’t brought in quite the market share gains it usually does. Chrome 39 only managed to capture 0.39 percent market share, though it was released in the second half of the month. 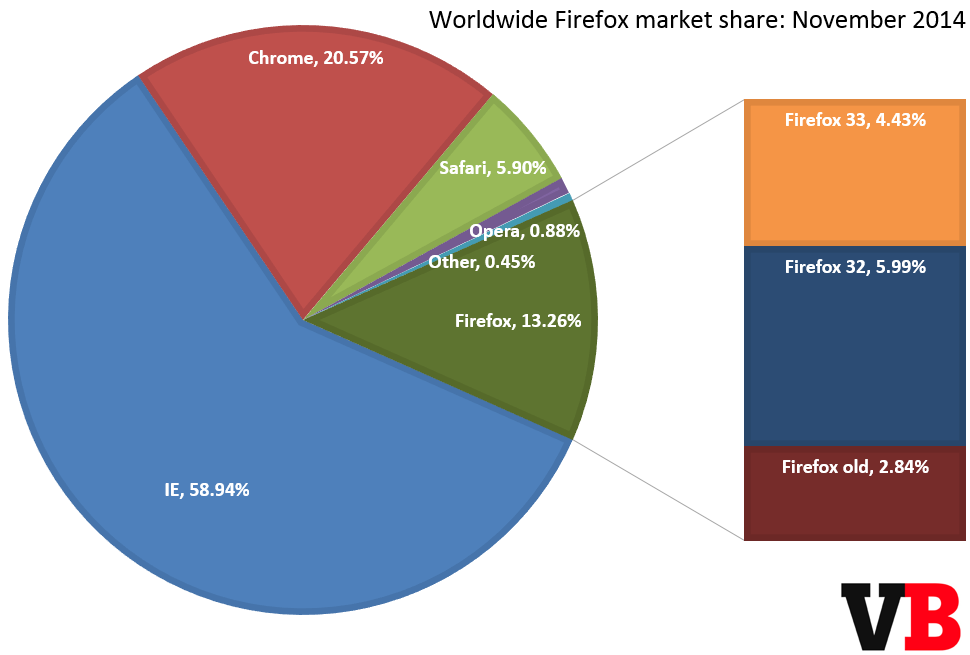 As we’ve noted before, Mozilla’s Firefox is having a very bad year, and it keeps getting worse. Last month, the browser fell to the 13 percent mark, and we said at the time that “we can’t tell you exactly how long it’s been because Net Applications’ data only goes back as far as November 2007, when Firefox still had over 15 percent market share.”

If you prefer usage market share, you’ll want to get your data from StatCounter, which looks at 15 billion page views. The operating system figures for November are available here.