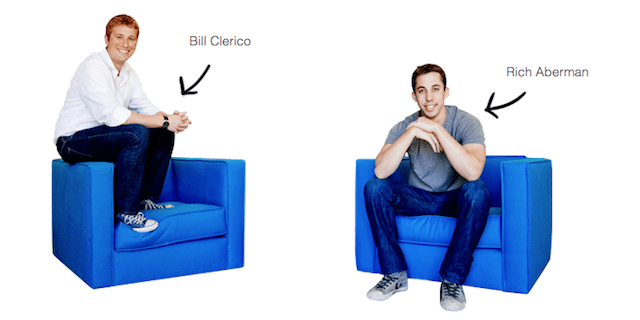 WePay, the company that makes it easy for Joe Schmo to charge people online, has officially helped over 25,000 customers, and is releasing other numbers today.

“When we first built this company, we said we’re going to make it really easy for normal people to collect money online from groups of friends,” said chief operating officer Rich Aberman in an interview with VentureBeat. “It’d be a way for people to collect money for your fantasy league. Then people started comparing us to PaylPal in the press.”

WePay caters to the “unsophisticated” seller who still wants to accept payments online. Aberman explained that WePay tries to go after the same market as Square, a company that creates point-of-sale hardware and software for mobile devices. The difference, however, is WePay doesn’t want point-of-sale customers, but rather those who aren’t the most developer-savvy, who want to be able to take credit card payments through their website.

That includes everyone from the father who likes to sell antique furniture on Craigslist to the sorority financial head. Both could take in nearly half a million dollars but would be hard-pressed to do so online.

WePay is growing by 30 percent each month and says it has a multimillion dollar run rate, though it won’t share specific numbers on its revenue. The company serves customers in all 50 states, as well as on 900 different campuses. Other groups have flocked to WePay, including the recent Occupy movement. Indeed, nearly $800,000 in payments were made from 806 different Occupy-associated accounts. These were probably donations.

The company is directly going after PayPal, and even dropped a block of ice off at the competitor’s “X.Commerce” conference two years ago. The message according to WePay? PayPal is “icing” its accounts, or freezing accounts if they don’t meet PayPal’s expectations, and alienating its developers. But despite the criticism, WePay hired two former PayPal engineers.

“Paypal, as much as we poke fun at them, they were the innovators in the space about 10 years ago,” said Aberman. “They have a lot of great talent there, and a lot of their talent is leaving.”

WePay has four different tools to help its customers, which it calls the “informal economy.” The first allows you to set up a quick online store if you have inventory but don’t know how to code your own marketplace. Event organizers can take advantage of the second tool, which lets you sell tickets and create an event website to hold all of the details. Groups can accept donations using WePay’s third tool. The fourth tool, however, may be the most useful for individuals. It is an invoicing program for those service providers such as carpet cleaners, or nannies who would like to bill their clients online.

The company makes its money through a 3.5 percent credit card fee, but does not charge for set up.