Last week, I received an email from three female designers living in Sweden. They told me about their new website and interactive e-book, “My First Website,” to help toddlers learn to code.

In the digital age, young adults are advised to pick up the basics of computer programming. But at just two or three years old, kids are just getting used to the potty, let alone mastering Javascript and HTML.

However, it’s common knowledge that children under the age of 7 acquire foreign languages extremely rapidly. So why not the computer vernacular?

Executives and policy-makers like Bill Clinton and Sheryl Sandberg agree that kids today should learn to code (as evidenced by the testimonials on Code.org, a computer education nonprofit). But it’s still not clear how young is too young to teach children computer programming.

My First Website’s launch sparked a debate among parents, who emailed and tweeted a wide range of opinions. A few informed me with great pride that their children would be fluent programmers by the age of seven. Others pointed out that kids should learn to unplug — and not be glued to their iPads.

To better gauge the arguments on all sides, we asked a dad in tech, a self-taught developer, and an educational gaming entrepreneur to duke it out. 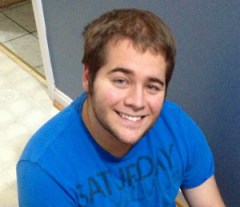 When my co-founder and I began working on Kodable, our iPad game that teaches kids as young as five programming fundamentals, we took a lot of time researching early childhood development.

We found that kids begin to understand logic, three to five step commands, and the difference between reality and fantasy at the age of four. These are all important concepts for beginning to learn programming.

We also found that the best age range to begin teaching children a second language is between 2 and 7. Childhood and early adolescence are the critical age ranges for children to learn anything, including programming, because their brains are still developing and learning “how to learn.”

“Before middle school, kids are relatively unfettered by the realities of adulthood”

Many people are aiming programming education initiatives at middle school and high school programs, but I believe the long-term solution lies in educating students earlier than that. Before middle school, kids are free to use their imaginations and enjoy discovering new things with less resistance from their peers and the outside world. This is especially valuable for introducing programming to kids, because we can spark their interest before society has the opportunity to tell them that programming is nerdy or uncool.

Introducing kids to programming in early elementary is the best age range because it plants a seed for later in life. Many good programmers (myself included), began programming as young as 5 or 6. If kids are taught to think logically and even computationally at a young age, they will be able to learn programming more easily in adulthood. Even if they don’t pursue a career in programming, the ability to understand basic programming concepts and think logically is invaluable.

No, toddlers aren’t capable of coding! 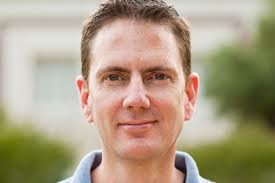 If you were to ask my 14 year-old son, he’d say 12 was early enough for him to learn to code. He’d be worried toddlers would be missing out on being a toddler. My son spends a lot of time on Codecademy and has taken JavaScript and Python courses.

The key with my son is that he was already curious about how apps and web sites worked, which drove him to dig and learn the complex parts of programming. With toddlers, it’s a bit different, and is really more about “muscle memory.”

If you think about mechanical and electrical engineers, many of them were “deconstructors” as children. They’d take apart toasters or blenders or toys or whatever. As a parent of one of those kids, you want to teach them to follow their instincts. To take stuff apart. You don’t worry about teaching them how to design an engineering diagram, or to understand currents or tensile strength or whatever. They grow up with the passion, and at some point, they learn the proper “syntax” of being an engineer.

“Toddlers are better off learning how to be curious and how to break things down into steps.”

I learned coding by re-typing source code listings published in computer magazines and I’d do little number guessing games or hangman. If you try to get today’s kids interested in programming by showing them a command-line version of paper-scissors-rock, you’re done before you got started. These kids were born with tablets in their hands filled with kick-ass apps.

So the way you teach coding has to be interactive, mobile and cool … not just an eBook available on the go like this one.

Maybe — but not if it puts pressure on a child 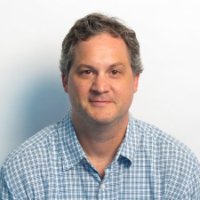 People who think programming is a universally necessary skill to survive crack me up. I don’t know of a single person in software engineering who knew anything about programming as a child.

For me, the tiny bit of programming I did try in junior high and college were complete failures. I just didn’t get it. It wasn’t until I was in my 20s doing tech support that it clicked and made sense. Now I’m a Java engineer and former C programmer.

I have no problem with exposing toddlers or kids to programming, whether a kid-centric style like Alice or just a general programming language (Javascript, PHP) or markup like HTML.

But to lay some kind of pressure on a kid that it’s the only way to make it in the big world is just plain mean. Kids have individual styles and interests. The world doesn’t just need programmers. It’s such an obtuse view. Kids need to find ways to engage in education and learn, whether it’s programming, straight math, reading literature, reading history books, or learning complex football offensive schemes. Any kind of learning is good learning.

Enjoy a bit of contention? Check out previous debates on whether “big data” can bring people out of cycles of debt / solve America’s gun problem.