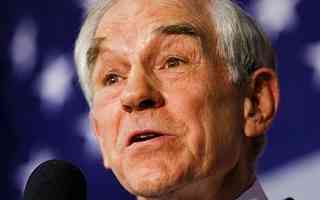 Social media predictors had Ron Paul highly favored to take the Iowa caucus. In reach, in influence, in engagement, and even in a special index created to correlate to voting intention, Ron Paul was far ahead of all his competitors in the Republican race.

Yet the actual results in Iowa today show Paul trailing Mitt Romney and Rick Santorum, of all people.

However, entities such as social metrics shop Sociagility and analytics firm Socialbakers had Paul in the lead by a wide margin. And analysts said the social metrics were not just arbitrary opinions; they were supposedly linked to votes.

“There was a very strong correlation (0.83 out of a possible 1.0 maximum) between overall social media performance as measured by our PRINT Index and voting intention amongst Iowans,” said Sociagility co-founder (and WPP advertising veteran) Niall Cook in an interview with VentureBeat.

Both Socialbakers and Sociagility predicted that, based on activity from Facebook, Twitter and YouTube, Ron Paul was the favored contender in the Republican race by a significant margin. Even Google’s elections hub showed Ron Paul trending higher than other candidates in search and garnering more YouTube views than most of his competitors.

So what happened between the Internet and Iowa? Could social media actually not be the magical election predictor that we hoped it would be in 2012?

First, let’s take a look at the stats presented by social media analysts leading up to the Iowa caucus:

Clearly, Paul appeared to be a front-runner. Even traditional political polls conducted during the same period yielded similar results.

Why the Internet was wrong

How, then, did the Iowa caucus end the way it did? Here are the full results of last night’s voting: 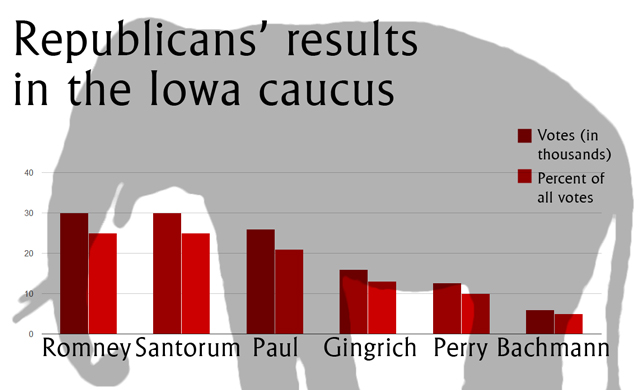 “Ron Paul’s supporters are young and Internet saavy,” said David Pennock, another Yahoo researcher who is an expert in prediction markets.

“The libertarian-leaning digerati that have heavy influence in online and social media support Paul and his ideals. He has passionate supporters who know how to wield online tools.

“But that does not always translate into votes,” Pennock warned.

Cook noted in an email thread with VentureBeat that while he still thinks Facebook metrics can have a strong, positive link to voting intention, other networks might not.

As a staunch libertarian with widely ranging views across the political spectrum, Paul’s chances of winning the Republican nomination seem slim, especially when you filter his campaign through mainstream media channels.

But Pennock said there’s little chance Paul will run as an independent candidate — and, thus, a likely election spoiler for the right — if he does not receive the Republican nomination.

“There’s less than a one-in-three chance that any major figure — Paul, Palin, Trump, Bloomberg or Bachmann — will run as a third-party or independent [candidate],” Pennock said in an email with VentureBeat.

“Even if he does, it’s not clear Paul would play the spoiler the way [Ross] Perot or [Ralph] Nader did. His platform has many elements (e.g., antiwar) that appeal to the left as well. His supporters may overlap nearly as much with Obama’s as with Mitt Romney’s.”

Rothschild countered that if any one of the current Republican contenders were to run as a third candidate, it would be Paul.

“We cannot say conclusively how much of an affect his candidacy will have on the outcome of the race, but he does have a very coordinated and strong national organization,” said Rothschild.

In other words, Paul’s domination of the social media conversation might, much like Nader’s 2000 and 2004 campaigns, shape the conversation nationally and not be mere sound and fury.

Social media: What is it good for?

Washington bigwigs went social in a big way in 2011, hosting Facebook-themed town halls and taking to Twitter to express themselves and drum up support. But while social media will continue to be a big part of political campaigns, the candidates’ main focus is still and will likely remain on more traditional arenas, especially television ads.

“The primaries and presidential face-off itself in November will not be ‘won’ just on social media. They just add to the merry political marketing mix which has been around for a while,” Cook stated. “Even Obama’s famous ‘social’ campaign of 2008 was largely before todays’ key platforms, Twitter and Facebook. But it did involve a huge amount of advertising.”

In the end, said Cook, voters should continue to look toward mainstream media, not just social media barometers, for accurate predictions of the race ahead of us.

“Mainstream media is more a polished mirror of real life, and social media is still distorted and fragmented, like a fairground hall of mirrors.”