For more than two decades, people in the robotics industry had been trying to come up with a set of common tools that others could use on any robot they were designing or building. Tools that could help people avoid reinventing the wheel on every new project.

“I’ve been in robotics for 25 years,” said Richard Mahoney, the director of robotics at SRI International, a large Silicon Valley research and development institute. “My first job in a research lab was to work on a software library that was intended to be a standard toolbox for people that wanted to build robot solutions. [And] if you look back in the literature, and look at robotics in the intervening 20 to 25 years, you’ll find examples of others that tried to develop a standard set of tools.”

For many in the industry, the hunt for that toolbox ended in 2007 with the release of the Robot Operating System (ROS). An open-source, free, robot software development framework created at the Stanford Artificial Intelligence Laboratory, ROS was adopted a year later by Willow Garage, a private robotics research institute and incubator in Menlo Park, Calif.

Nearly two dozen interns who passed through the company played what some believe is an integral role in helping end that hunt. 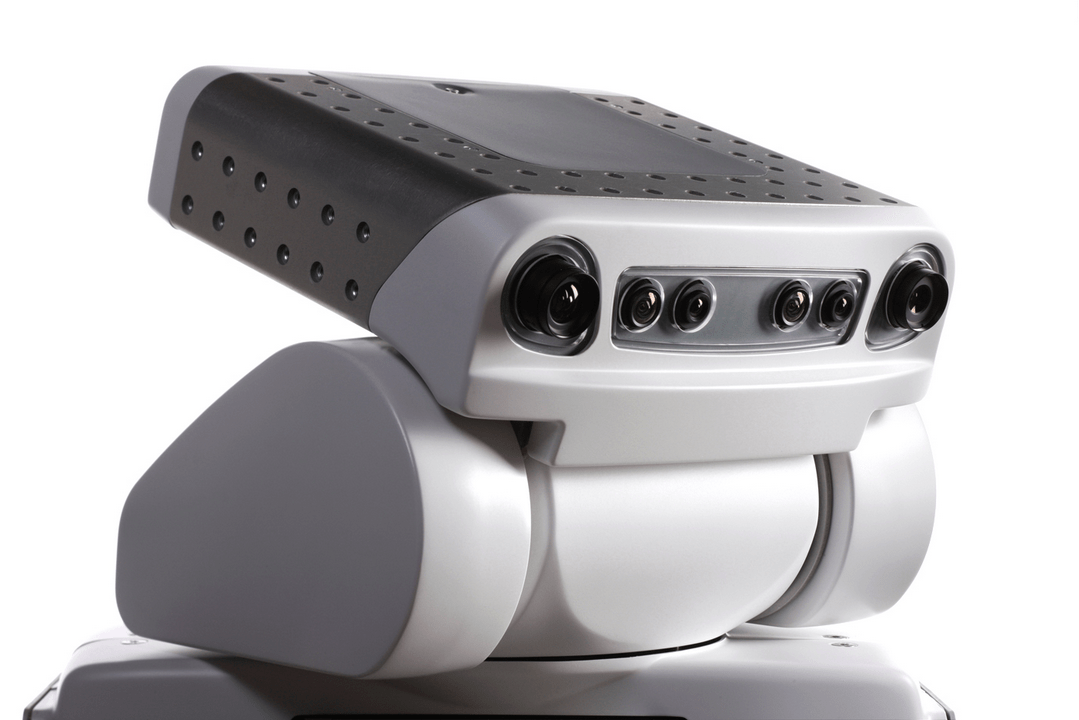 Above: A PR2, one of the first important robots built using ROS

At Willow Garage, ROS was incorporated into major projects like the PR2, a $400,000 robot that was the first in history capable of performing a wide variety of tasks rather than a small number of specific jobs.

The operating system has an infinite number of uses for those building new robots. Not having to create software from scratch saves time and money, and allows those doing the building to lean on the past work of others.

ROS is “extremely flexible,” said Nate Koenig, the founder and CTO of the Open Source Robotics Foundation, which today oversees the operating system. “It’s one of those things where you’re not confined to any really strict programming paradigm. Everything’s modular, you pick the pieces you want, and you don’t have to use this huge monolithic program. And if you want to add something new and crazy, that’s encouraged.”

Willow Garage asked those who took advantage of ROS to give back, contributing new elements to the growing library of robotics modules.

Also in 2007, Willow Garage had started an internship program, bringing in one student the first year. But in 2008, just as it took over ROS, Willow Garage brought in 15 students, recalled Melonee Wise, then a senior engineer and the director of the program.

Wise had herself worked as an intern at DaimlerChrysler and Alcoa, and had seen the benefit of promoting those companies’ products and technologies to young people who would soon head off into far-flung careers.

“We were looking to grow the adoption of ROS,” Wise recalled. “I thought it would be important to basically start a very large internship program and get as many people into it as possible. And they would go back to their labs and use our software.”

In other words, Willow Garage was hoping that its interns, most of whom came from top-tier universities or other prestigious robotics laboratories around the world, would learn all about ROS and then leave to proselytize to their future colleagues. The program ran until 2013, and 140 people went through it over the years.

Today, ROS is used all around the world. While it’s hard to fully measure its reach, there’s no doubting it has a global influence, and many thousands of individual ROS projects have been created. And while Mahoney doubts that the Willow Garage internship program can claim the credit for its worldwide usage — “I think the spread of [ROS has] to do with the timing and the fact that it is a comprehensive solution” — others beg to differ.

“We used to joke that the interns were the vectors spreading the ROS disease,” said Matei Ciocarlie, a former mentor for a number of the interns, and now an assistant professor in mechanical engineering at Columbia University.

For Wise, now the CEO of Fetch Robotics, the maker of a newly launched line of industrial robots, the marriage of the internship program and the open-source ROS was charmed. “It had a huge impact,” she said. “We brought some of the top roboticists into open source, and they were able to provide libraries that were desperately needed, now with open-source licenses.”

And that, in turn, was important for the spread of ROS. It “created a lot of early adoption, and sometimes early adoption is important for getting these programs off the ground,” she said. “You create your own acolytes [who are] spreading the gospel of open-source into the world.”

Having seen the benefits of the Willow Garage interns on ROS, Wise has now started a similar program at Fetch, with the hope that the students who spend time at the San Jose, Calif. company will take their knowledge of the new industrial robots with them when they return to their labs, inculcating the next generation of Fetch users, customers, and researchers.

One of the chief elements that made the Willow Garage internship program attractive was that it was designed to align with students’ academic and professional interests, Ciocarlie explained. “Because everything we did at Willow was open-source, and since they came for internships related to their thesis topics, they could continue to develop and integrate [their work] into their theses. That gave them an incentive to keep working on ROS after going back to their labs.”

Koenig agreed. Himself a former Willow Garage intern, Koenig said that one reason so many in the program took ROS with them was that their work there was beneficial to their long-term interests.

“You’d leave making progress toward your Ph.D. and you’d have a code base with ROS,” he said, “and most people would continue using it….It was applicable not just to one person’s research, but also to a wide variety of research.”

And while ROS was meant to be freely shared, that didn’t mean it was easy to learn. So it would help people at other institutions pick up the operating system if someone returning from Willow Garage could lend a hand. “Interns would kind of be the chaperones when they went back to their universities, to get people over that hump,” Koenig said. “It was almost like being a preacher of ROS in their universities.”

That’s an important element in the further spread of ROS, leading to future generations of users of the operating system. Today, quite a number of former Willow Garage interns are professors or run their own robotics labs, and many of them now teach ROS.

One is Maya Cakmak, an assistant professor in computer science and engineering at the University of Washington. Cakmak said she is a proponent of the operating system because many companies hiring roboticists advertise that knowledge of ROS is a plus.

But it’s Ciocarlie who sums up the benefit of the program best.

“We brought them in,” he said, “infected them with ROS, and sent them back to the world.”