As Windows 8 and Windows 8.1 continue to struggle with gaining significant adoption, their predecessor continues to capitalize. This past month, Windows 7 passed the 60 percent market share mark, according to the latest figures from Net Applications. 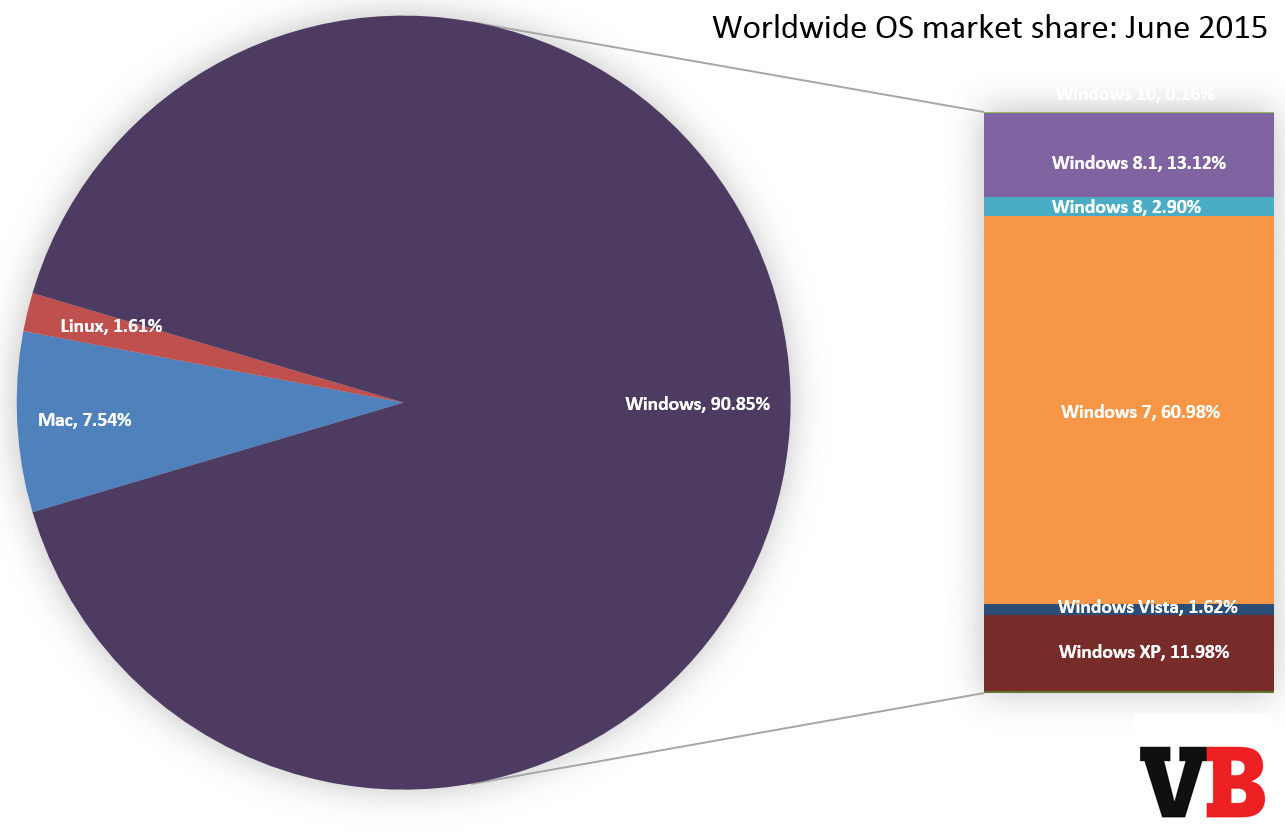 Windows 7 will likely keep its title of the most popular OS for quite some time. It overtook Windows XP in September 2012 and has never looked back. Since passing the 50 percent mark in May 2014, Windows 7 has stayed above the halfway point ever since and has increased its share steadily throughout 2015 (it’s up overall from 55.92 percent in January, experiencing only a small drop in May). This is all despite Microsoft’s various attempts at pushing businesses and consumers to upgrade.

This growth has to come from somewhere. Windows Vista fell 0.39 points to 1.62 percent. Windows XP dropped a solid 2.62 points to 11.98 percent. Once Windows 7’s only real competitor, XP fell below the 20 percent mark in October and should now only need a few more months to see single digits again. Businesses are taking their time, but they’re finally reacting to Microsoft ending support for the operating system in April 2014.