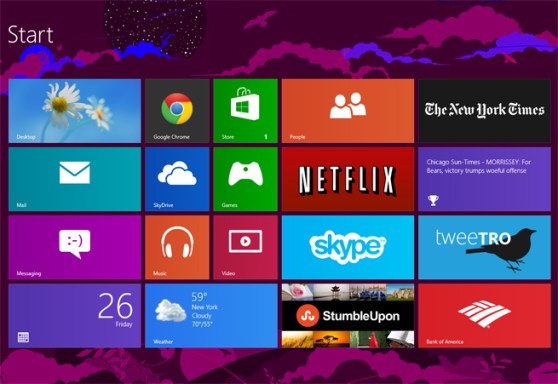 It seems like ages ago when Microsoft simultaneously dazzled and puzzled the hell out of the public when it showed off Windows 8 for the first time in June 2011. Since then, we’ve seen Windows 8 evolve and slowly change perceptions about how it works and what devices it’s meant for. Finally, the OS is now available for purchase.

Just like Windows 8 has evolved, so has my opinion of the operating system. After using prerelease versions of Windows 8 for several months, I still prefer Windows 7, but I have no doubt Windows 8 will be my Windows of choice at some point. Microsoft will likely tweak the heck out of the OS after receiving massive amounts of customer feedback (after revealing yesterday that Windows 8 has seen more than 1.24 billion hours of early testing from consumers). In addition, third-party developers will create software that improves the Windows 8 experience. Sweet Labs’ Pokki app, which re-creates the Start button on the desktop, is one such example. Windows 8 is still evolving, and it will continue to do so for some time.

The future of the PC

Getting started with Windows 8

Here are a few helpful articles from VentureBeat to help you get to know the new OS.

Windows 8 represents the future of Microsoft and the PC itself. Essentially, the desktop of old is fading away in favor of ultrabooks, tablets, and hybrid devices like Samsung’s Smart PCs. VentureBeat executive editor Dylan Tweney believes Windows 8 will be a “test of whether the company can successfully manage the transition to a new era of computing.” I agree, and I believe Microsoft has the experience and leadership to accomplish this.

But of course, Windows 8 also faces plenty of criticism. The brash cloud computing visionary Marc Benioff, the CEO of customer-relation management giant Salesforce, recently called Windows 8 “the end of Windows” and claimed Windows itself was irrelevant in the new age of powerful smartphones and tablets.

Benioff might have a point: Windows as we know it is over — but Windows 8 could easily sit alongside iOS and Android as another powerhouse in mobile computing. And its real strength is that it’s not just a mobile OS. Unlike iOS and Android, Windows 8 can also power traditional computers without a sweat.

Microsoft’s Surface tablet, which has lots of personality and some noticeable flaws, is one such device that shows Microsoft’s commitment to reshape Windows. Surface is simply a preview of what’s to come in a year (or less). New Windows 8 tablets will be more cooked and the app ecosystem will likely be populated with all kinds of great software soon.

Windows 8’s Start screen (see photo above) replaces the Start button on the desktop as the place in which you launch apps. The Start screen is colorful, fun, and useful, and it looks quite similar to the tile-based design found on the Xbox 360 dashboard and Windows Phone devices. The Start menu tiles are helpful because they show real-time information, such as how many emails are unread, stock market prices, headlines, and more.

While the Start screen is easy to customize and understand, many people will want to retreat into the “desktop” mode. The desktop mode does basically everything you’ve done for years in Windows. The most helpful thing to do in desktop mode is to pin all your important programs to the taskbar so you never have to search for desktop-focused apps.

The easiest way to get back to the Start screen when using a keyboard is to tap the Windows key in the bottom left corner. When using a tablet device, you get back by swiping the right side of the screen and tapping the Start icon. When using a laptop touchpad, you swipe the right edge.

If you need to find an app, simply start typing while on the Start screen and a full list of results will pop up. This search function has saved me time when using Windows 8 because it can often find what you’re looking for faster. 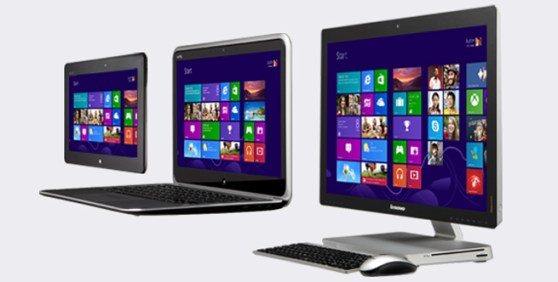 Consider right-clicking, which is now completely different from what you’re used to in Windows outside of the desktop interface. Instead of a menu of options appearing right where you clicked, a limited number of options appear at the bottom of the screen, and you have to move your mouse there to select them. This gets incredibly tedious in Windows 8 apps and on the Start screen.

Laptops are another story. It’s not quite as awkward using a laptop with Windows 8 because you have a touchpad. If you have a fairly recent laptop, the touchpad lets you take advantage of cool gestures that speed up using Windows 8. Moving your finger from the left edge of a trackpad scrolls through all of your recently used programs. Or if you swipe down from the top edge of a touchpad, you get the same options you’d usually get from double-clicking a mouse. You can’t use these slick gestures on older laptops, unfortunately.

The best experience I’ve had with Windows 8 so far was on tablets and hybrid tablet/laptop devices. I’ve played with the Microsoft Surface, Samsung’s tablet hybrids, Lenovo’s IdeaPad Yoga, Dell’s convertible XPS 12, and many others. When you can touch the icons on the Start screen, the OS feels much more natural.

Microsoft likes to say that Windows 8 is a “no compromise” version of Windows, but if you really want to feel that way, you need touch interactions. The emphasis on touch makes Windows 8 primed for the next decade of computing, but it also clearly signals the end of the mouse and keyboard as the ideal way to interact with Windows.

One of the best things about Windows 8 is that it boots up and runs faster than Windows 7. An extensive study by PCMag indicates much faster boot-up times, higher benchmark scores, and speedier web browsing. Basically, Windows 8 can make a big difference in the performance department — even on some older computers.

This is one reason why I think some Windows XP and Vista users (yes, a ton of them are still out there) would enjoy the bump to Windows 8: Not only will you get a performance enhancement, but you’ll also get better security with software that’s getting many more updates from Microsoft. Make sure you meet the minimum requirements before even considering that upgrade though, because even “impossibly old” machines are beyond Windows 8’s help. 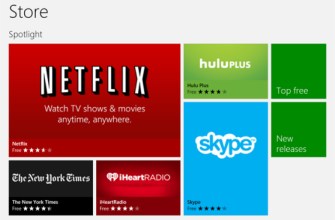 One of the most important factors for Windows 8’s success, like every computing platform, are the apps that take advantage of all of its features. (Since Microsoft ditched the term “Metro,” let’s call these “Modern” apps.) Some great apps are already in the Windows Store, but it’s important that third parties pump out fantastic software to make Windows 8 more attractive than iOS and Android.

Some aspects of Modern apps for Windows 8 are problematic, especially for desktop users. As I’ve noted before, Modern apps have a serious screen-splitting problem. In Windows 8, you can only allocate roughly 25 percent of the screen to one app while the other 75 percent is taken up by another app. As you can imagine, this layout is not conducive to multitasking. Thankfully, you can still do a 50-50 split, or whatever tiling you’re used to, in the desktop mode.

Windows 8 will require some relearning and retraining. Dell has even been smart enough to feature its own Windows 8 tutorials on the Start screen to hand-hold those who might freak out over the changes.

Here’s the good news — even a 3-year-old can use Windows 8. I have faith that anyone reading this article can also relearn how to use Windows and use it effectively. The question is — will people be willing to upgrade and relearn or will you simply adapt only after being forced to with a new PC purchase?

Windows 8 costs $40 to download and upgrade using Microsoft’s Windows 8 Upgrade Assistant. Microsoft says the offer for a $40 upgrade expires on Jan. 31. (You can also purchase a physical copy of Windows 8 in stores for $70.) If you purchased a new non-Windows 8 PC after June 2 and before Jan. 31, 2013, you’re eligible to upgrade to Windows 8 Pro for just $15.

So you’re asking yourself, “should I upgrade?” If you’re normally an early adopter and like the changes described here, yes, you absolutely should give it a shot. If you’re a casual user, I would not upgrade immediately. Try Windows 8 out at a retailer like Best Buy or the Microsoft Store and let Microsoft issue some patches to fix the biggest bugs. Once you’ve tried it and understand how it works, it very well might be worth your money to upgrade.

To truly get the most Windows 8 has to offer, consider waiting until you purchase a new PC. After all, the entire impetus behind Windows 8 is its touch-centric interface and its capability to power new computing devices like the Surface and laptop/tablet hybrids. Given that it’s such a radically different operating system, it makes sense to experience it first on radically new devices.

For more on how to decide if you should upgrade and other must-know things about Windows 8, check out our article 8 things you need to know about Windows 8.

Windows 8 is vital to the future of Microsoft and the PC market because it blends a touch-centric interface with the Windows we’ve known for years. It’s not for everyone, especially casual Windows 7 users that refuse to relearn Windows. But power users and those who embrace change will find a lot to like here.