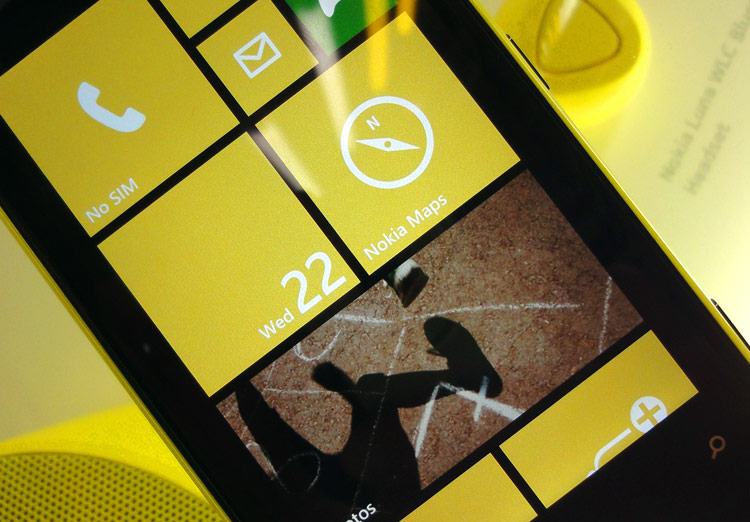 Windows Phone is now the third-leading mobile phone platform, more than tripling its market share year-over-year and more than doubling unit sales while pushing past a slumping BlackBerry.

And Windows Phone could jump into second place quicker than you think.

While they’re not Android or iOS-style numbers, Windows Phone sold 7 million units in the first quarter of 2013 for 3.2 percent market share, according to the latest IDC report. Meanwhile, BlackBerry sold 6.3 million units, down a third from the previous year, for 2.9 percent market share — less than half of its share just a year ago. Market leader Android took its customary massive 75 percent of the market, and Apple’s iPhone slipped from 23 percent global market share in 2012 to 17.3 percent share.

“Windows Phone claiming the third spot is a first and helps validate the direction taken by Microsoft and key partner Nokia,” the IDC’s Kevin Restivo said in a statement. “Given the relatively low volume generated, the Windows Phone camp will need to show further gains to solidify its status as an alterative to Android or iOS.”

Those further gains are possible over the next year or two as Microsoft’s primary phone parter, Nokia, transitions to an all-smartphone lineup.

Part of Apple’s quarterly weakness was the company’s lack of any new hardware or significant new announcements. That made Apple slip to its lowest global smartphone market share in years, now less than a quarter of Android’s size, with only 37.4 million iPhones sold to Android’s 162.1 million. But systemically, Apple is falling out of the race for smartphone supremacy. And that puts Apple at risk of being in Microsoft’s sights for the number two position in the global smartphone market share battle.

But the real opportunity for both Microsoft and Nokia will come as Nokia continues its transition from feature phone sales over to Windows Phone. The company still sold something like 55 million feature phones in the first quarter of 2013, and while those cheap phones are going largely to developing nations, they will transition at some point to Windows Phone.

Those feature phones sales are decreasing, and the transition from cheap feature phone to somewhat more expensive Windows-based smartphones will decrease them still more, but they will be higher-value sales.

And, they might just be high enough, depending on what Apple does in the region of a cheaper iPhone, to catapult Microsoft to number two.