Peer-to-peer (P2P) social learning platform Brainly  has raised $30 million in a round of funding led by South African internet and media giant Naspers, with participation from Runa Capital and Manta Ray.

Founded out of Kraków, Poland in 2009, Brainly targets students in middle school and high school, inviting them to connect with each other outside the classroom to collaborate and ask questions across a range of topics, including subjects such as science, math, and history.

Brainly offers three tiers of moderation — the first is algorithm-based, and the company said it is capable of automatically checking all answers before they’re even posted. This is how Brainly scales its platform, but the algorithm is not 100% reliable, which is why the second tier is all about community moderation and allowing users to flag dubious answers. The third layer offers “verified answers,” with subject expert moderators (often teachers or university students) overseeing answers.

Brainly is free to use, though it is currently ad-supported. A premium subscription, which costs between $2 and $5 per month, depending on the billing cycle you select, removes the ads and unlocks additional features — such as faster response times and verified answers. 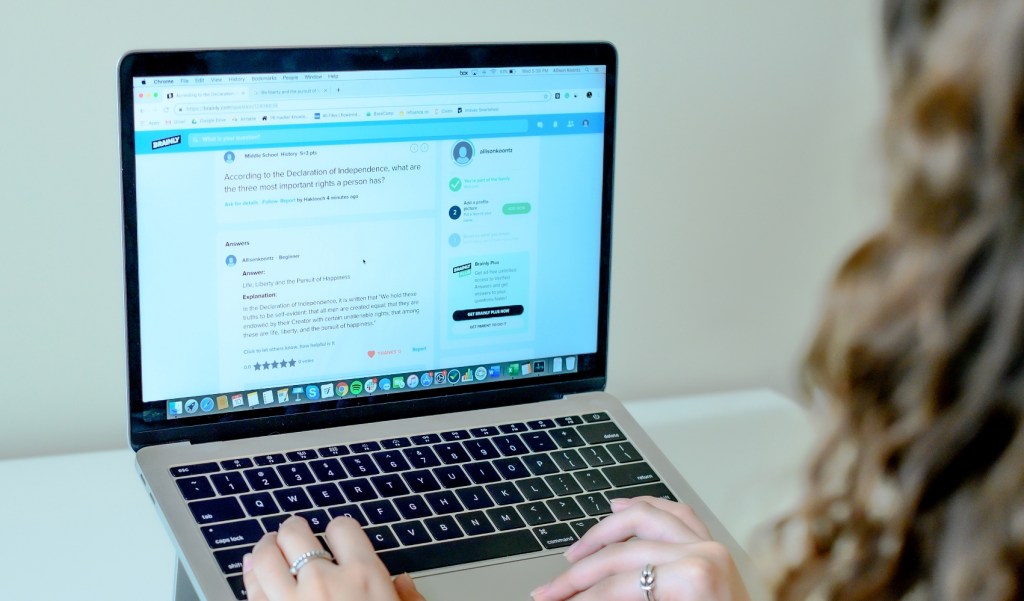 Above: Brainly in use

Brainly had previously raised around $38.5 million, including its $14 million series B round back in 2017, and with another $30 million in the bank it plans to double down on U.S. growth.

Indeed, Brainly expanded to the U.S. five years ago, when it opened its U.S. HQ in New York, and the country is now one of the startup’s top 10 markets.

“Every student struggles with schoolwork at some point,” noted Brainly cofounder and CEO Michał Borkowski. “But never before has there been such widespread access and opportunity for students to learn from one another. Our goal is to extend that access to every one of the 76 million U.S. students and beyond, giving them the resources and the tools to succeed and inspire collaborative learning. This funding allows us to do just that.”

Brainly is a different proposition, of course, insofar as it is designed to supplement a child’s day-to-day classroom learning. It was initially developed to recreate local student study groups in an online setting, but over the past decade it has expanded into some 35 markets globally. It also passed the 150 million monthly user milestone earlier this year, up 50 million on the previous year.

“We have been impressed by Brainly’s growth over the past 10 years, particularly in the U.S. and high-growth markets like India, Indonesia, Turkey, and Brazil,” added Naspers Ventures CEO Larry Illg. “At Naspers, we back companies seeking to address big societal needs, like education, helping them fulfill their vision with the ultimate aim of achieving global scale.”