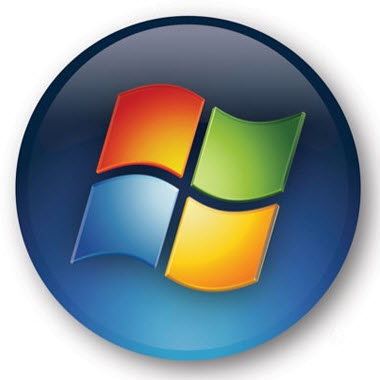 Windows users have been waiting for Microsoft’s Windows 7 operating system for a long time. Anybody who bought Windows Vista computers in the past three years has been itching to upgrade to something better. And Windows XP users who refused to use Vista have also been Waiting for Godot.

Well, Godot is finally here. I installed Windows 7 Ultimate ($219 version) on an Acer laptop that was new when Windows Vista came out. (See the Windows 7 versions here). I didn’t really feel like running this experiment on my newest machine. I’ll tell you what to expect from the upgrade process and my initial impressions. One of the good things about Windows 7 is that it can run on the same hardware that Vista ran on when it came out. In that respect, I didn’t have to buy a new machine to use Windows 7. Overall, the upgrade experience worked fine and it’s worth it to get a faster and cleaner operating system.

I was itching to get started when I got the disk from Microsoft. The first screen that comes up gives you two options: Check compatibility, or Install. I chose to install. The blue screen flashed messages saying “setup is copying temporary files” and then “setup is starting.” It asked me if I wanted to upgrade my old machine to Windows 7 and preserve all of my programs and files. Or it offered a custom upgrade option, where I could also wipe the disk clean and start afresh.

I chose the option to upgrade. Then the machine captured a snapshot of the system, in case I needed to roll back the install to its preinstalled state. It told me I didn’t have enough disk space on the laptop. So I had to clean off a bunch of files and make enough room for the 8-gigabyte Windows 7 Ultimate software. (You also need a gigahertz processor and a gigabyte of main memory as a minimum to run Windows 7).

Then it ran the compatibility check. It told me that I had to install the Windows Vista Service Pack 1. I thought that was a cheap shot. I knew I should have done this a long time ago. But I didn’t. So I had to exit the installation and beg the Vista machine to download SP1. It actually refused to do so at first. The sizable download stalled midway through and I had to start over several times. If I haven’t mentioned it yet, the Windows Update utility is stupid. It took me three tries to complete the full installation of SP1.

Once that was finally done, I proceeded with the installation. The installer told me that three programs on my machine had compatibility issues, including Acer’s laptop management software, Adobe Acrobat Reader 7, and a CD/DVD movie maker program. I didn’t really care about those ones so I went right ahead. Then it told me that, while it could get by with 8 gigabytes on my hard drive, it really recommended 16 gigabytes.

I proceeded anyway. Then began the long wait. The installer was kind enough to show me a progress bar on just how far into the installation I was at any given moment. It took its time copy Windows files, filter settings and other info. Then it expanded the Windows 7 files from the DVD to the hard drive. It installed the features, transferred all my old files and programs and settings to the new machine. I noticed that Windows 7 Ultimate has 2,224 files, because that’s what it showed me as I saw the number tick by from 1 up to 2,224. Then it transferred all of my data from Vista into the Windows 7 software. It took a couple of hours, though I didn’t time it precisely. It ended by asking for a registration code for the software and asked me if I wanted to activate the software. It also asked me for my home Wi-Fi password so that it could automatically detect my home network. 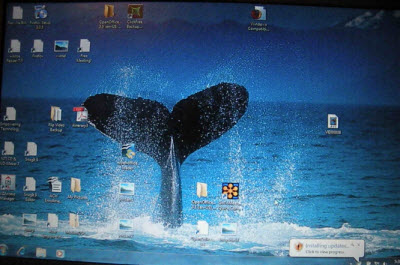 I rebooted the machine and it loaded pretty quickly. After all that was done, I finally got a good look at Windows 7 Ultimate. It kept the same whale fluke picture I had as my desktop image on my old machine. I fired up Internet Explorer and it upgraded immediately to IE version 8. I also ran the Firefox browser and it worked fine. Windows 7 even remembered what Firefox web pages I had open and restored all of them as the software ran.

One of the cool things, which really didn’t work well with Vista, is the icon bar at the bottom of the page. It’s now useful. If you hover over the Firefox icon, for instance, it will show you thumbnail pictures of all of the web pages you have open. It’s easy to select one, so switching from one web page to another is a breeze. With Vista, early on, these little icons were one of the big reasons for crashes. Microsoft lists a lot of improvements here.

Now others have taken a longer look at this than I have. David Pogue of the New York Times said he connected dozens of devices to Windows 7 machines and they worked for the most part. He praised Microsoft for creating a stable and secure operating system. The complaints he pointed to one that was caused by Microsoft’s antitrust troubles: Some free programs are no longer bundled with the operating system and users have to download them separately. It also doesn’t raise alarms about potential security breaches as much as Vista did.

There is one huge hassle for those waiting to upgrade from Windows XP. They have to back up their data and then do a clean install, meaning they load Windows 7 onto the machine and then they have to manually restore it. That’s where various utilities and external hard disks available from third parties will help. Those who upgrade Mac computers won’t have that kind of problem with Apple’s Snow Leopard operating system. 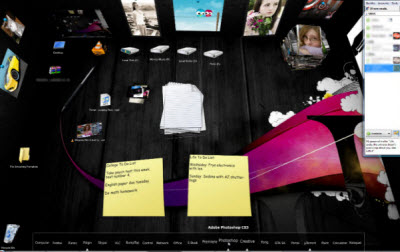 Walt Mossberg of the Wall Street Journal also praised how Windows 7 leaves Vista in the dust as early as January. And he has heaped more praise on it. It’s worth noting that those who upgrade an old machine won’t have the benefit of one of Windows 7’s best features: support for multitouch controls on a touchscreen interface. For those who prefer the ease of use, multitouch is a very cool feature. The new version of Bumptop, a 3-D user interface that sits on top of Windows 7, is also going to have support for Windows 7. The touchscreen feature is something the Mac doesn’t have yet.

For those who are wed to Windows, Microsoft’s new operating system is a must have. It takes time to get it up and running, but the benefits are worth it. The question is whether you’re better off switching to a Mac or moving up to Windows 7. For sure, if you can, it’s a better idea to buy a new Windows 7 machine than to upgrade an old one. But as long as you don’t might waiting, Windows 7 will do.