Most website owners hope to win the traffic lottery — whether that’s reaching the top of Reddit or getting a celebrity Twitter mention — but few can actually handle millions of page views without their site grinding to a halt.

WP Engine‘s new ‘Development Labs’ unit has developed a service that ensures your WordPress site will stay up during a tidal wave of traffic, as long as you’re willing to pay to handle the load, the company revealed exclusively to VentureBeat. 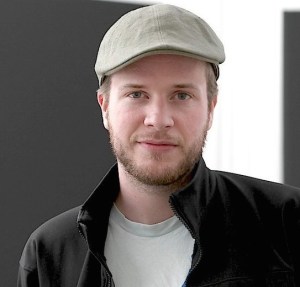 “It will literally clone out the entire site on S3 in a static format on a regular basis,” explained Tomas Puig, director of WP Engine’s development labs, in a conversation with VentureBeat.

“Then say you end up with a million hits on your site, you can redirect to an S3 site and scale as much as you want to pay for.”

It’s not a real-time copy of the site, which would burn a greater amount of bandwidth; a static mirror is more scalable and cost-effective. In other words, it’s an insurance policy.

WP Engine hasn’t finalized pricing for S3 Mirror, which it’s releasing as an alpha product today, but it will be usage-based, said Puig.

S3 Mirror is the first product to come out of WP Engine’s Development Labs, which the company is unveiling today. While WP Engine’s broader focus is managed hosting for WordPress sites, the Development Labs unit concentrates on contributing to open source technologies — including WordPress core, Nginx, and HHVM — as well as building alpha prototypes like S3 Mirror on top of the WP Engine platform. Jason Cohen, WP Engine’s chief technology officer, will spend half his time in Labs with several additional engineers, including Puig.

“You don’t want to throw 100 engineers at a problem you want fast iteration on.”

WP Engine competes with other WordPress hosting services, including Automattic. That company employs a freemium hosting model, whereas WP Engine characterizes its offering as “premium” — the least WP Engine customers pay is $29 per month, while some larger companies pay “tens of thousands,” WP Engine CEO Heather Brunner told VentureBeat. WP Engine has measured around 200,000 installs across its 20,000 customers, said Brunner.

WordPress is the largest self-hosted blogging platform in the world, powering around 22% of the entire web. It offers both free and paid hosting options, but larger customers operating heavily trafficked blogs and publications require more attention and support when it comes to performance, reliability, data transfer and storage, scalability, and security. WordPress is open-source, which means that third-parties like WP Engine can swoop in to provide those added services.

WP Engine has raised $18.2 million in total venture capital, said Brunner. The company currently has 150 employees, most of whom work out of its Austin, Texas headquarters.