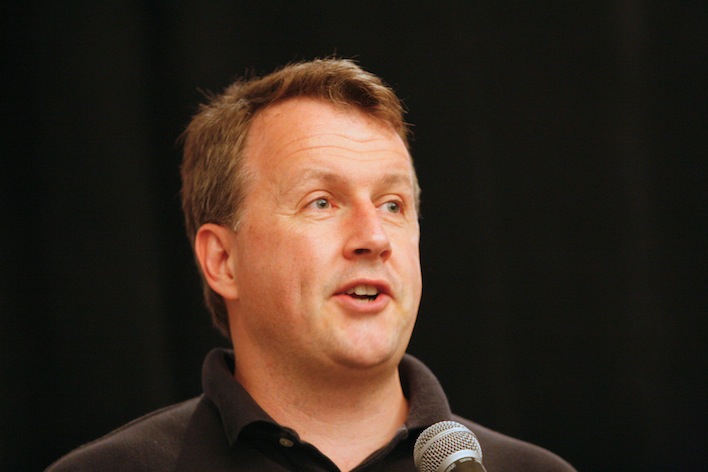 Y Combinator just cut its startup class size from 84 to a little fewer than 50 — nearly halving the amount of accepted startups, just like it recently halved the funding each company receives after graduating the program.

The startup incubator’s founder Paul Graham announced the change in a blog post saying it hit some bottlenecks in the last round of companies and needed to get control of the shortcomings with a smaller class.

“The reason we accepted fewer applications was that in summer 2012 we grew too fast,” said Graham in the post. “We had 66 companies in winter 2012, and that was fine, but for some reason more things than usual broke when we jumped from 66 to 84.”

Graham explained that YC finds problems by running right into them, and he says that’s the best way to deal with complex issues.

YC hasn’t finished accepting all of its startups for the class, and says the number might wind up being closer to 50, but it certainly won’t jump up to 84 again — for now, that is.

The team at YC is changing the way it’s thinking about the startup vetting process. It still wants to look at the “predictors of success,” but it is now also studying what makes a startup fail. Graham says it even looked at the time of day it’s accepted failed startups and realized that the YC staff is much kinder after lunch.

“We’ve been tweaking our model, like we always do, and we hope some of the tweaks will push the limit back,” said Graham. “Or maybe we’ll continue to get better at identifying predictors of failure, so we’ll be able to grow slower than applications without missing any stars.”

Just last week the incubator announced that it is changing the structure of its funding program as well. In the past, startups who finished the YC program received $150,000 in funding from well-known investors Yuri Milner, Ron Conway, and venture capital firm Andreessen-Horowitz. In a blog post, YC said that it wound up managing the program, though it did not create it.

So it started the YC VC program, cutting the $150,000 amount nearly in half to $80,000. YC said in a blog post that the $150,000 was just too much. The startups who were failing got in trouble with the money, and those that were successful didn’t need that much.

Whether these changes will help YC fix its bottlenecks and accept bigger classes in the future is unknown, and it seems YC isn’t even sure:

“We’re still a bit mystified about what happened. Why was 66 OK and 84 not? Is there some kind of hard limit somewhere between those two numbers? Or will we be able to morph YC to get past that bottleneck as we always have in the past? My guess is the latter. We’ll see. But we decided to buy ourselves more time to morph YC by decreasing the batch size.”

We have reached out to Y Combinator and will update upon hearing back.