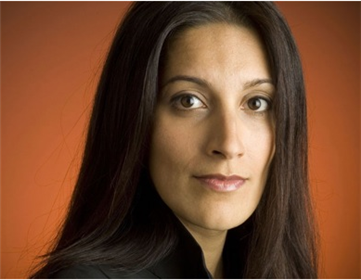 The exodus from Google continues at a torrid pace.

This follows the departure of the company’s top sales executive, Tim Armstrong, two weeks ago, after his vision for a cross-media strategy disintegrated. And just yesterday, we broke the news that Google’s Latin America director, Gonzalo Alonso, had defected to join Argentine IT services company Globant.

Singh Cassidy will join Accel in a position known as “CEO-in-Residence,” where she’ll help Accel’s portfolio companies and have the option to study to become a chief executive of one of Accel’s future companies.

Singh Cassidy was reported to be in the running to replace Google’s Armstrong when he resigned to take over the helm of AOL last month. However, she was bypassed when Google selected Dennis Woodside, another Google sales executive. We’ve heard that several executives were disappointed by the Woodside appointment. While we’re not certain Singh Cassidy fell into this camp, her move comes right on the heels of the Woodside appointment.

Singh Cassidy was responsible for Google’s operations in both Latin America and Asia-Pacific. She built the company’s presence in those regions to where it now serves 103 different countries throughout the area.

In 1999, she co-founded an Accel-backed company, Yodlee, an online financial company. Before that, she worked at Amazon.com and OpenTV.

Prior to running Asia Pacific and Latin America, Singh Cassidy joined Google in 2003 as the first general manager of Google Local & Maps, which she launched.