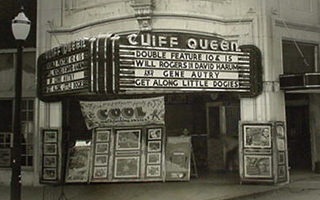 Zediva, an ill-conceived startup that sought to exploit a legal loophole in the DVD rental business, has been shut down by a federal court.

A judge issued a preliminary injunction in an ongoing case between Zediva and the MPAA, ruling that Zediva’s business is one big copyright violation.

A Zediva spokesperson told VentureBeat, “Today’s ruling represents a setback for the hundreds of thousands of consumers looking for an alternative to Hollywood-controlled online movie services. Zediva intends to appeal and will keep fighting for consumers’ right to watch a DVD they’ve rented, whether that rental is at the corner store or by mail or over the Internet.”

Zediva launched with the idea that it could operate a physical DVD rental business, just like a Blockbuster or the hard-copy side of Netflix’s business. However, instead of sending the DVDs from a brick-and-mortar retail store, Zediva streamed the DVD content over the Internet.

Why exploit such a loophole? Physical DVD rental stores don’t have to negotiate licensing fees with film and television makers; video-on-demand services do. Video-on-demand businesses are required by the MPAA to provide a high-quality viewing experience to users and to take certain piracy-prevention measures. Also, video-on-demand services have to agree to “exclusivity periods,” wherein the copyright holder (a.k.a. film studio) licenses the works to be shown on cable TV but not online. By setting itself up as a physical DVD rental shop, Zediva skirted these fees and restrictions — at least in the short term.

Testing the strength and flexibility of this particular loophole might have seemed like a faster, cheaper way of starting a new company at the time. But even at the startup’s launch, we noted it would be “just a matter of time” before film studios tried to put a stop to the company. Predictably, the MPAA came after Zediva with a lawsuit back in April, a mere month after the launch.

In its original complaint, the MPAA stated, “The DVD ‘rental’ label is a sham… Zediva’s mischaracterization of itself is a gimmick it hopes will enable it to evade the law and stream movies in violation of the studios’ exclusive right.”

In his decision, U.S. District Judge John Walter wrote that not only does Zediva infringe on movie studios’ copyright; the startup is also making things harder for legitimate video-on-demand startups that have taken a lot of time and paid their dues (literally) to operate their businesses.

A Zediva spokesperson told VentureBeat the startup has been working on its DVD-streaming technology for two years. Zediva closed its first round of funding shortly before its launch.