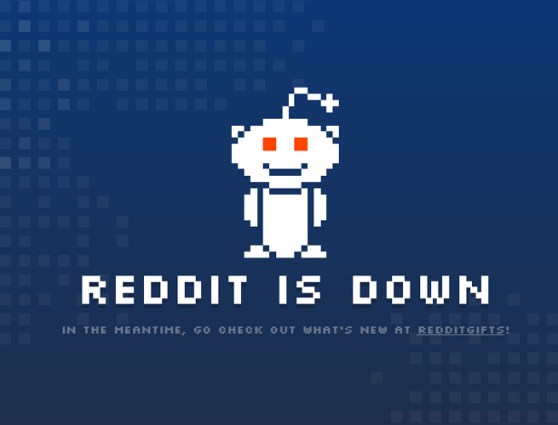 Amazon’s EC2 cloud infrastructure has once again had an outage that has partially taken down web services including Reddit, Airbnb, Flipboard, GetGlue, Coursera, and more.

The Service Dashboard that shows the health of Amazon’s cloud services notes the following about EC2 in North Virginia:

10:38 AM PDT We are currently investigating degraded performance for a small number of EBS volumes in a single Availability Zone in the US-EAST-1 Region.

12:32 PM PDT We are working on recovering the impacted EBS volumes in a single Availability Zone in the US-EAST-1 Region.

EC2 instances and EBS volumes outside of this availability zone are operating normally. Customers can launch replacement instances in the unaffected availability zones but may experience elevated launch latencies or receive ResourceLimitExceeded errors on their API calls, which are being issued to manage load on the system during recovery. Customers receiving this error can retry failed requests.

Amazon famously suffered a major outage back in June, which took down popular services including Netflix, Instagram, Pinterest, and Heroku. That outage was blamed on a strong thunderstorm that took down the power at Amazon’s North Virginia data center. Before that, Amazon also suffered large EC2 outages in April and August of 2011. 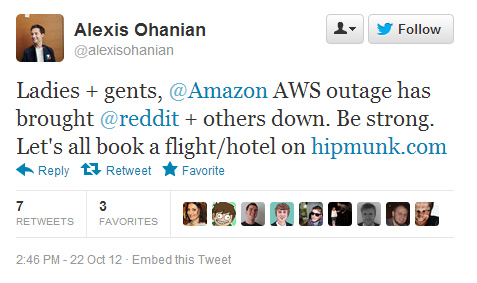 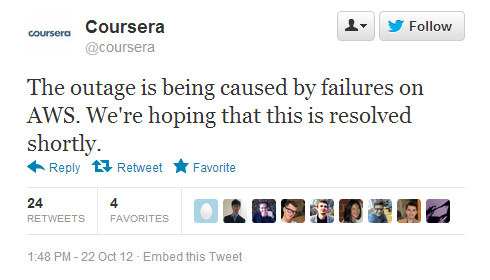 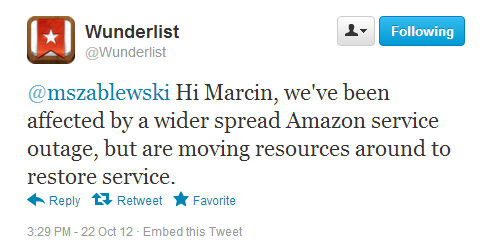 Some services simply apologized for being down: 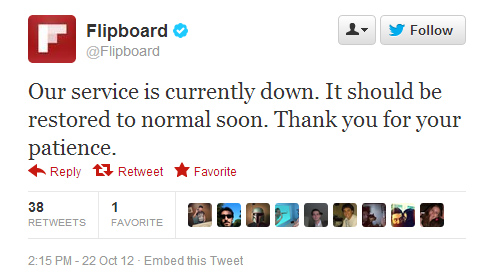 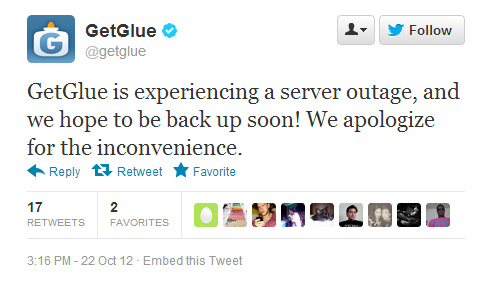 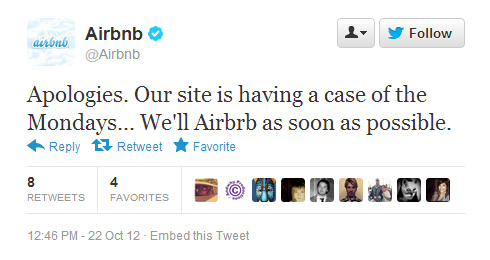 Update at 3:16 p.m. PT: A member of hacker collective Anonymous has claimed responsibility for attacking EC2, but we find the claims suspect and Amazon has denied an attack occurred.