Backend as a Service (BaaS) is a hot trend, because it’s simplifying the lives of thousands of developers who don’t want to deal with complicated server, database, and messaging technology.

Firebase is an example of a company that is trailblazing this area. We’ll be showcasing its strengths at our upcoming CloudBeat event in San Francisco on Sept. 9 and 10.

Specifically, we’ll be inviting one of its customers, SimTable, to discuss how it is using Firebase to improve the way it lets first responders react real-time in emergency situations. For example, SimTable lets firefighters plan how to attack a blazing wildfire by letting them interact with each other via an iPad app.

Firebase is very similar to how Dropbox’s software works, except it synchronizes database data, while Dropbox works on files. Like Dropbox, it lets you store data in the cloud and deliver that data to any devices you’ve set up to work with it. It syncs any changes that you make immediately in the cloud, and sends the updated data to all of your connected devices. Firebase’s product is also faster than Dropbox’s file sync, transferring data in milliseconds instead of seconds. 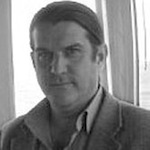 Above: Stephen Guerin of SimTable

Before partnering with Firebase, SimTable chief executive Stephen Guerin said he had to build out and manage the backend system for his company’s app on his own. It took up about 20 hours a week, and is a core part of his technology given that it powers the real-time response capabilities that are the heart of his offering. Now that he’s outsourced this to Firebase, he’s able to put that 20 hours back into driving his company’s sales.

Firebase can work in various businesses that need real-time capabilities. But SimTable is a good demonstration of how useful Firebase can be in unusual situations. At CloudBeat in two weeks [you can grab your tickets here ], we’ll be demoing how Simtable users Firebase to help firefighters battle a wildfire emergency.

First, SimTable stores map data in the cloud and locally on devices being carried by firefighters in the field. When a fire breaks out, and its coordinates are determined, Firebase propagates these coordinates instantly to the iPad devices in the field. Firefighters can then see how the fire is progressing on their iPads, and respond appropriately, for example by planning a firebreak, or hosing water. These actions, in turn, are all tracked real time, and reflected within milliseconds back to other devices on the field. Firebase keeps syncing all of these changes in the cloud, so firefighters can see how their buddies are responding wherever they are.

Firebase will also process other data SimTable gives it, including wind speed and direction, terrain information including slopes, and fuel and water supplies — reflecting how these influence a fire’s expansion or containment through updates.

Besides firefighting, other Firebase use cases include collaborative software (Firebase allows any company to replicate the live, collaborative text editing that Google offers in Google Docs, for example), social networking, chat, commenting, and notification.

Game developers are also using Firebase to build multiplayer online role-playing games. They store game states to Firebase, which then does its thing to let gamers to see how opponents are moving around on a map in real-time.

Above: James Tamplin of
Firebase

James Tamplin, co-founder and CEO of Firebase, says the SimTable example has given him a glimpse into the future: The way we’ll interact, he said, “will be Minority Report-esque.” That movie, where Tom Cruise faces a computer screen and manipulates images and data by waving his hands at them, is getting close to reality.

By taking care of all of the back-end dirty work — managing servers, transferring data, syncing changes, and sending messages — Firebase is taking the next step in technology abstraction. Amazon did something analogous with Infrastructure as a Service (IaaS) as did Heroku  with Platform as a Service (PaaS).

To be sure, dozens of other companies are now offering various flavors of BaaS, including Parse (which was acquired by Facebook), Kinvey, and StackMob. However, Firebase stands out by focusing maniacally on the real-time aspects of data storage and data. It can also handle both mobile and web backends, whereas most BaaS services have focused on mobile.

Two other companies, Simperium and GoInstant, compete directly with Firebase on the real-time capability. However, both are now parts of larger organizations: Simperium was acquired by Automattic, and GoInstant is part of Salesforce.

Firebase’s Tamplin says he plans to continue to out-innovate those companies by moving more quickly. One way is to keep delivering a slicker API for developers. “We have the best sense in the market about how to build APIs that developers love,” he said. It’s also very early days, he said. “We think this is square one. This is a shadow of the product that it will be in the future.”

Firebase, founded in 2009, is a Y Combinator company.