Shopify today announced a slew of enhancements to its direct-to-consumer platform for brands. The company announced a new Shopify Plus for enterprise, unveiled its next-generation Point of Sale (POS) software, and added more language, payment, and store capabilities. The company also gave developers a handful of new tools. But the biggest news was arguably the AI-powered Shopify Fulfillment Network.

The announcements were made at Shopify Unite 2019, the company’s fourth installment of its annual partner and developer conference. Unite is hosting over 1,300 attendees from 50 countries this year. The company also reiterated last month’s figures: over 820,000 merchants on the platform and over 2,700 apps in the app store. COO Harley Finkelstein did reveal one new stat: Shopify’s partner company hit $1.2 billion in 2018, up from $800 million in 2017. We talked to Shopify chief product officer Craig Miller ahead of the event to get some more color on all the news.

The Shopify Fulfillment Network is available today in early access with two-day shipping. If you are a “qualifying” U.S. merchant, you can apply to use Shopify’s fulfillment centers. That begs the question: What makes a qualifying merchant?

“We assess merchants on a case by case basis depending on their product types and fulfillment needs,” Miller told VentureBeat. “The goal is to offer Shopify Fulfillment Network to Shopify merchants of all sizes. At launch, we’ll be offering our services primarily to small and medium sized businesses who are currently using a third-party logistics provider that are unable to fully meet their needs, in addition to merchants who have outgrown their existing fulfillment processes.”

Shopify claims its fulfillment network uses machine learning to ensure timely deliveries and lower shipping costs. The company’s inventory-allocation technology predicts the closest fulfillment centers and optimal inventory quantities per location. After a customer completes a checkout, the Shopify Fulfillment Network takes it from there.

Shopify wants to make fulfillment systems, which are traditionally reserved for the largest companies in the world, accessible to every merchant. The pitch is obvious: Because Shopify handles all the heavy lifting, you can focus on building your business.

Speaking of fulfillment, Shopify today also introduced new shipping features that let merchants set specific shipping rules and pricing for different products. You can create automatic and more accurate visibility throughout the fulfillment process, including any activity happening in third-party apps and services.

Shopify Plus is the ecommerce provider’s “white glove” offering for large, complex, and high-volume merchants. Some 5,300 merchants are on Shopify Plus, generating 26% of total revenue on the platform. Shopify today promised a new version for enterprise merchants arriving “later this year.” Business owners will get a single view of a their entire business, tools that “facilitate a consistent experience” across stores, and an easier way to create new stores. 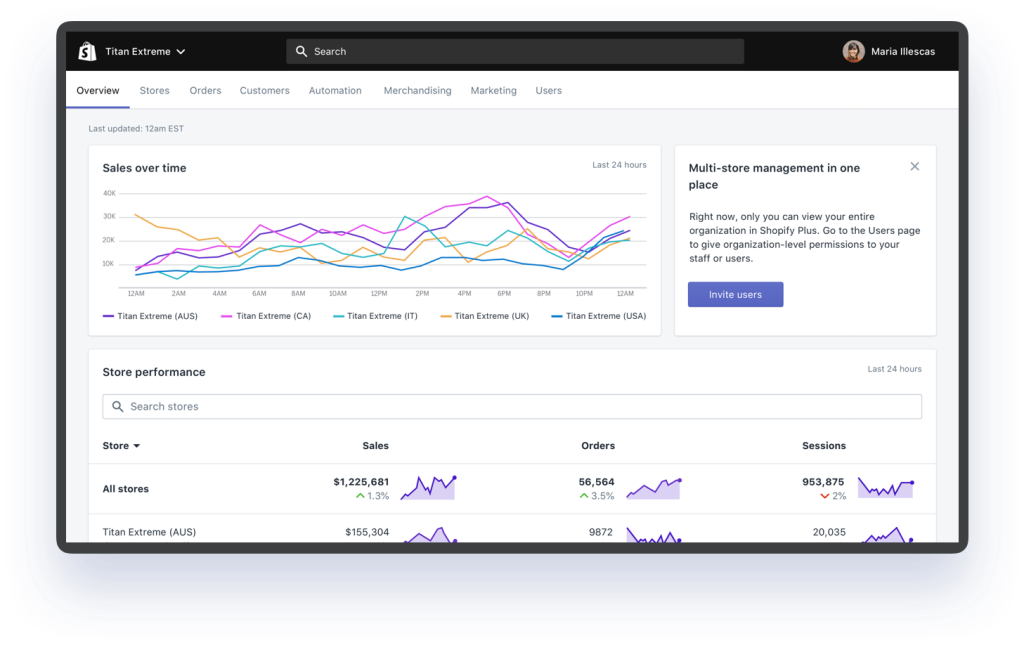 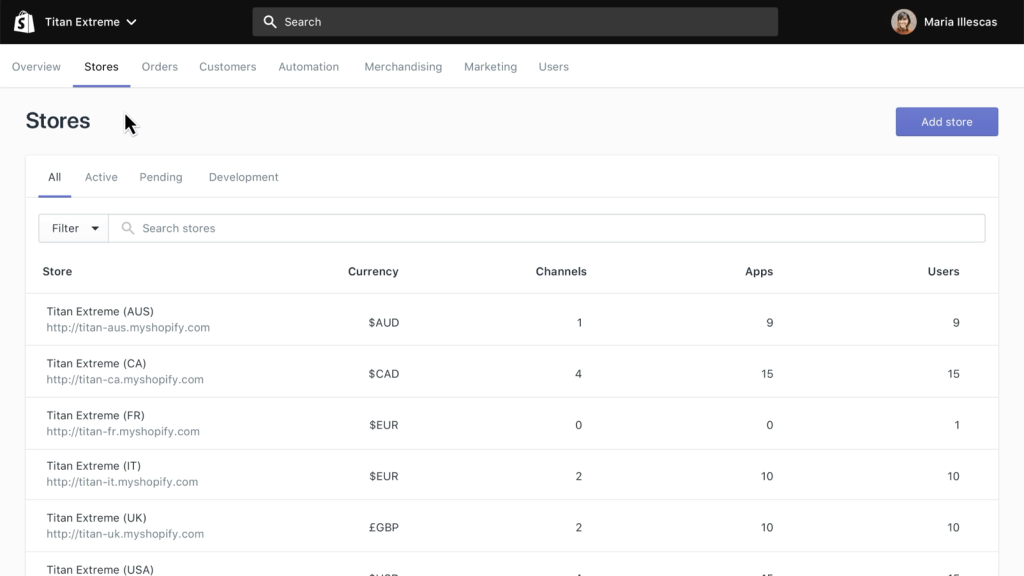 As for setting up new stores, merchants will be able to specify what sort of store they would like to create in just a few clicks. Shopify Plus will automatically build it for them.

Next up, Shopify unveiled its next-generation POS software, and a new handheld Tap & Chip Case, which lets employees accept payment anywhere in store. Both ship “later this year.” Over 100,000 merchants use Shopify’s POS. The new version will be “faster, more intuitive, and more scalable,” the company said. There will also be a simpler interface, new customer service shortcuts, and access to all of Shopify’s POS app extensions. 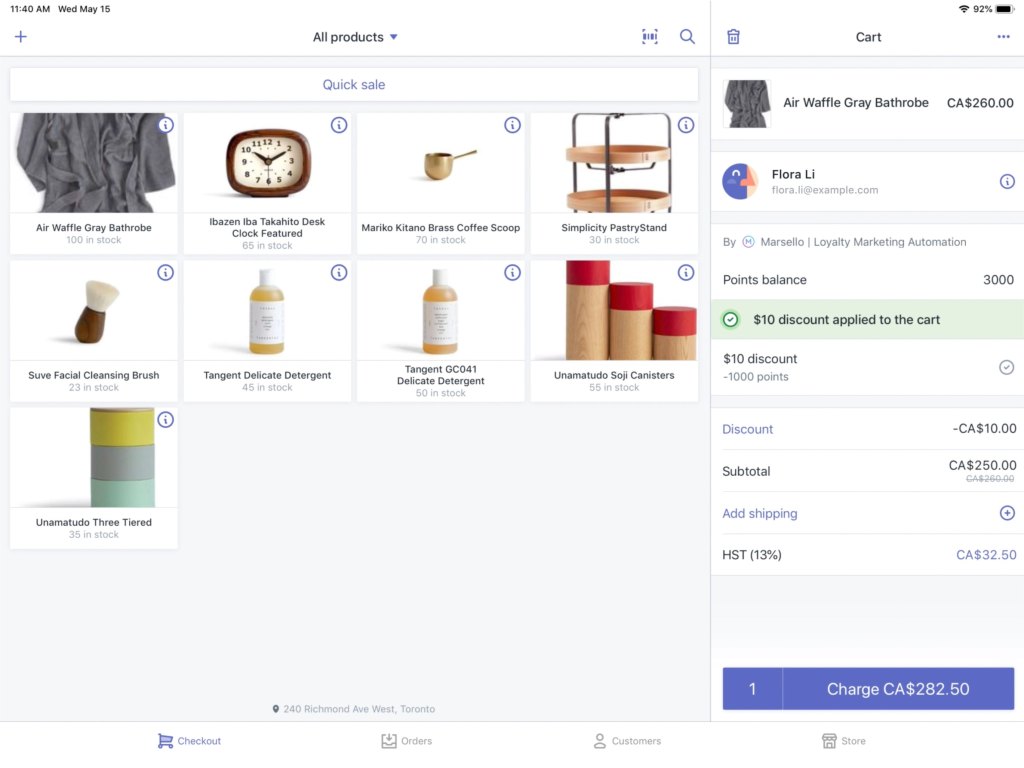 The new homescreen puts partner apps front and center, while the new customer service shortcuts include creating new customer profiles, sorting collection lists, finding top products, and checking out. The global search bar is now more prominently placed, icons have been replaced with text, buttons are 40% bigger, and the connectivity indicator is more visible. Store managers can set levels of staff permissions, giving each employee a login to use at any store, during any shift, and with an appropriate level of access. Apps will be able to surface loyalty and promotion rewards directly in the cart at checkout. 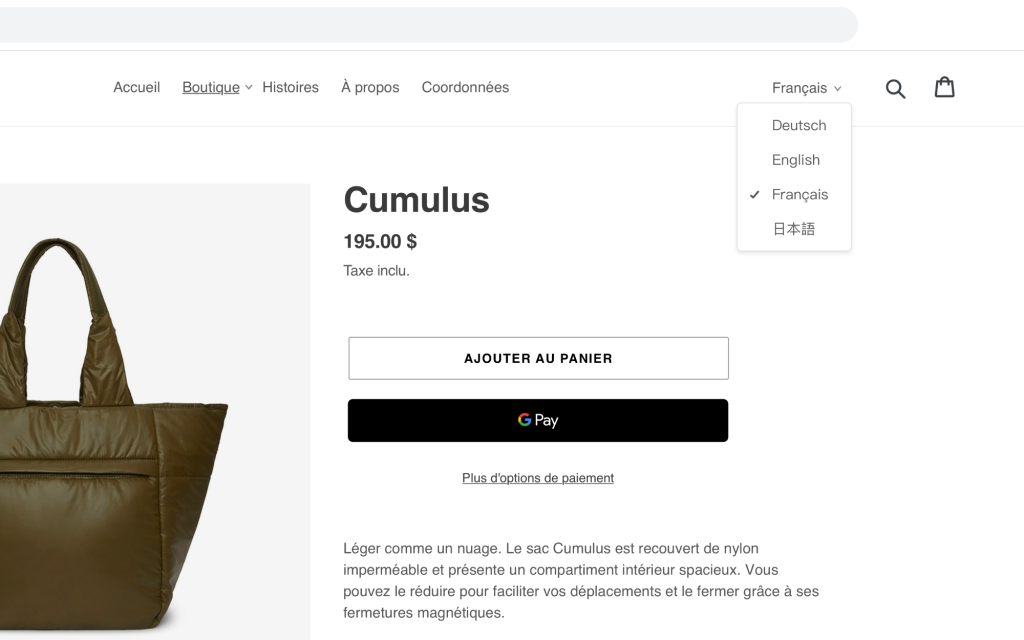 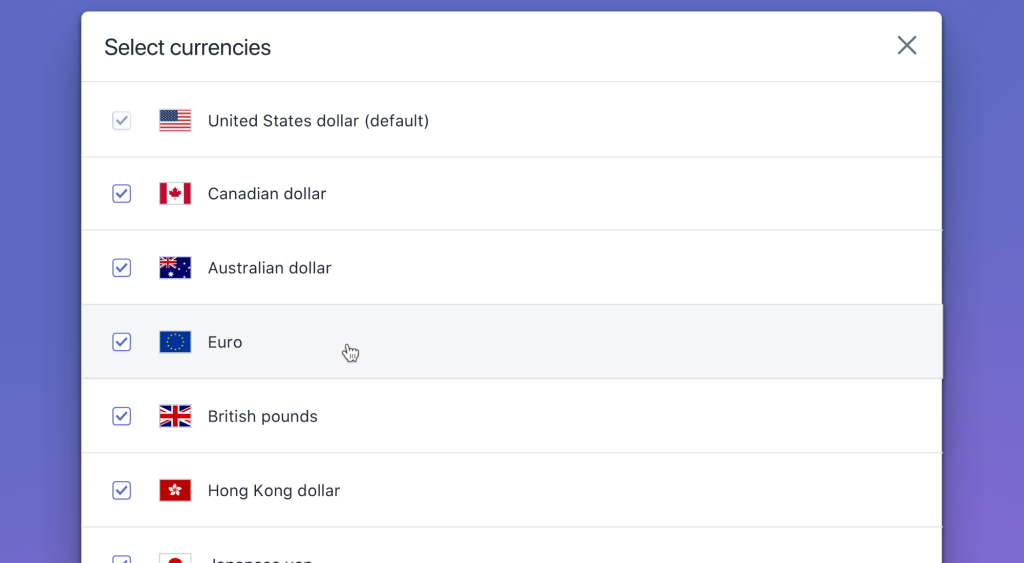 “We saw significant growth with our merchants looking to expand internationally and in Q1 2019, international growth was our fastest-growing customer segment, with total merchant sales (GMV) from international nearly doubling,” Miller explained. “Our initial launch includes AUD, EUR, JPY, SGD, USD, CAD, HKD, NZD, and GBP. These are the currencies that we are seeing the most traction from a cross-border selling perspective. We look to expand this list in the future.”

Shopify is also rolling out a new online store design experience “over the coming months.” It helps merchants customize the look and feel without editing any code. Specifically, merchants can now use the same customizations previously only offered on the home page to tweak any page on their online store. 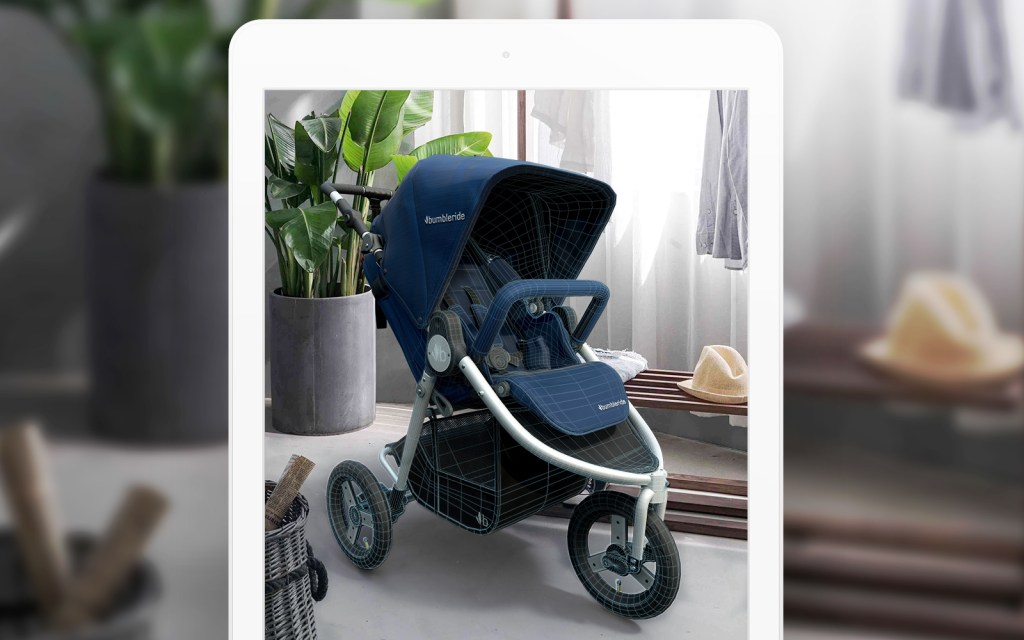 Furthermore, merchants will be able to display products using video, 3D models, and AR. This means Shopify businesses can finally showcase their products using more engaging and interactive media. That said, if merchants have a custom theme, they will need to update their theme to add the functionality.

We are proud to announce we'll be the first commerce platform to natively support 3D and AR shopping experiences. #ShopifyUnite pic.twitter.com/g3UnuMI1ye

While most of the above is for partners, Shopify didn’t forget its developers. Nobody should be surprised. It took Shopify seven years to pay out $100 million to developers. Twelve months later, in March 2019, that number had doubled to $200 million.

Shopify merchants will soon be able to edit open orders at the buyer’s request.
Get your apps to add, remove, or replace items before fulfillment with our all new 'Order Editing APIs'. Get started with our guide to APIs. https://t.co/Aw5K0CD8s5 pic.twitter.com/K8phexCHlV

“There are three things that we’re focusing on in terms of the developers on our platform,” Miller told VentureBeat. “We’re making it easier and faster for developers to build on our platform. So that’s number one. Number two is that in addition to making it faster and easier, we’re making it more stable. We launched API versioning a few weeks ago. That makes sure that we can continue to innovate, but also that things are very reliable for those on the ecosystem. And finally, we’re making it easier for developers to run developer previews, where they can test new features available before they’re released for all people.”

The company hopes that by making these open source libraries compatible, it will lower the learning curve for its technical platform.

Additionally, developers can now use the Shopify App CLI to wrap all their app building steps into one command. Instead of spending time setting up basic functions, developers can now scaffold their apps in seconds. Developers can further generate sample data — like products, orders, and customers — on test stores, without switching tools.

Shopify App Bridge – Embed your app across all of Shopify's surfaces (Admin, POS, and Mobile) and extend your apps farther through hardware feature detection, with a singular code library. Read more in our developer documentation: https://t.co/a6uPqP5Kfl pic.twitter.com/2JdH5WqncZ

Finally, the company introduced Shopify App Bridge, which lets developers use the same library across all of their embedded apps, making it easier to build and test as Shopify evolves. Developers can use the tool to embed their apps directly into Shopify, including desktop, Shopify Mobile, and Shopify POS. Shopify App Bridge includes features detection, which connects apps to hardware capabilities (including cameras, barcode scanners, and USB devices) and enhanced functionalities, such as improved error reporting to flag incorrect coding.