SAN FRANCISCO — Stripe is announcing a new API method called Relay that aims to drastically improve the way both merchants and consumers transact on their mobile device. The service is available today.

With Relay, Stripe enables developers to create native app buying experiences instead of bringing visitors to a mobile website that often doesn’t convert. Merchants will also get a single dashboard system that will let them handle commerce across all their channels.

One of the things that you can do through Stripe Relay is give customers the ability to buy right from tweets using a special link provided by the Stripe dashboard (where you connect your account to Twitter, set shipping and tax policies, create products, tweet, and manage your orders). 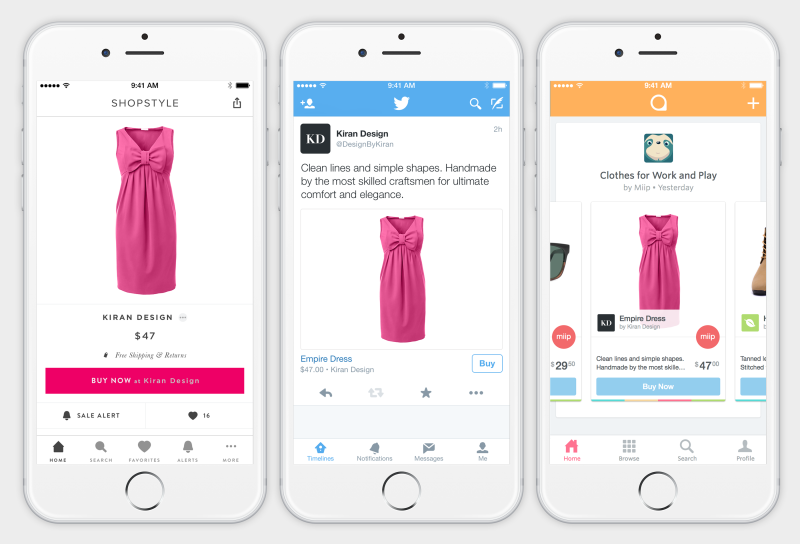 Spring, Shopstyle, and InMobi are also using Relay to create native mobile buying experiences, as is SAP Hybris. More merchants will be added in the future.

Stripe says so far, more than 4 million product listings have been created for Relay. 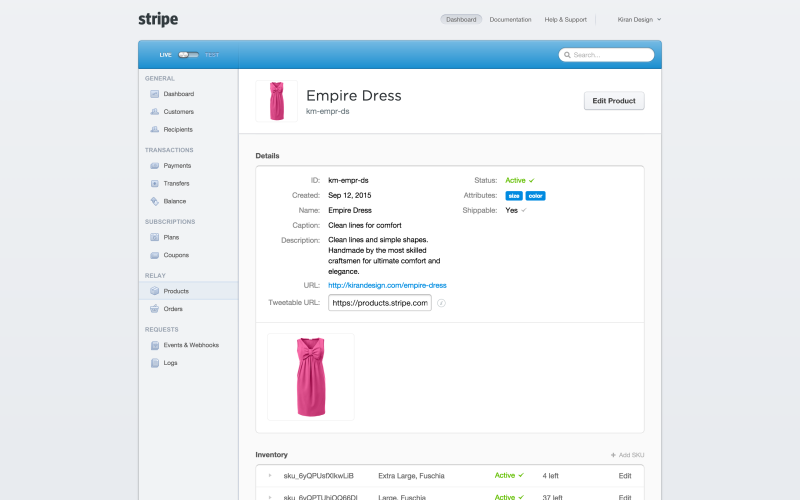 Studies show that 60 percent of users’ time online is spent on mobile devices; within that time, 88 percent is spent in apps, with just 12 percent on the mobile web. What’s more, Stripe chief executive Patrick Collision said, 15 percent of the time spent on mobile browsing is spent on ecommerce. “There’s a much higher cost. People want a frictionless instance and they don’t want to switch between sites,” he explained. “On top of that, the purchase flow on mobile is completely broken today, with endless workflows to get to the intent. No one in their right mind will want to go through it.”

Companies have come to Stripe to help solve this use case. Collision said right now there are too many channels for retailers to deal with, and integrating apps with legacy systems is difficult because of antiquated technology. He wondered if there was a set of tools or APIs to solve this.

The company said that what is working are apps like Postmates or Instacart whose buying experiences let the customer transact as quickly as possible while also letting them reuse their existing payment details without having to leave the app.

Today’s event is the first the company has held, with Collision saying there was too much news to fit in the 140 characters that the company would tweet out typically. He said the company is looking to build the tools to help improve “the overall GDP of the Internet.” It’s about “infrastructure and product, code and design.”

At first glance, Stripe Relay seems to be a significant option for merchants, especially those eager to just get their products out to their users without having to deal with all the work — and at the same time, make sure it’s done in a pleasing manner. Currently it doesn’t seem that Square, Braintree, and Amazon currently offer this type of capability, which can give merchants a powerful tool in terms of increasing their reach and owning their brand — instead of giving it to a third-party platform.

For consumers, it could lead to more conversions. How often have you been shopping online, only to not make a purchase because you dread the checkout process on the device? Then you procrastinate until you finally remember to go onto your computer to make the buy just because the desktop has a more comfortable vibe. This is what Stripe looks to want to change.

In the past five years, Stripe has been rapidly ramping up its efforts to be the simple online payment platform for businesses through its set of APIs. It has raised $190 million for this cause, including bringing in money from traditional financial institutions such as American Express and Visa. It’s reported that Stripe is valued at $5 billion.

The service has evolved itself to be more than just a business-to-consumer platform. It’s become a seamless offering for marketplaces and sellers, and even has been pretty innovative in adopting new policies and technologies, such as Apple Pay and cryptocurrencies.

Some of the companies that have taken advantage of Stripe’s products include Walmart, Warby Parker, Kickstarter, and “hundreds and thousands more.” Collision also touted Stripe’s importance in political campaigns (which he said are run similarly to startups), such as those of Rand Paul, Donald Trump, Hillary Clinton, Jeb Bush, and other presidential candidates.