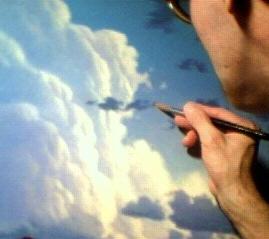 Cloud computing. What once was a controversial, cutting-edge term is now part of seemingly everyone’s vocabulary.

From ads in last year’s Super Bowl to billboards in airports across the world, “the cloud” is everywhere. Many of today’s solutions do offer the benefits of cloud computing, but we’re also seeing an increasing amount of cloudwashing.

We saw the rise of cloudwashing — the practice of painting over traditional IT technology with the word “cloud” — begin last year, but lately it’s running rampant across the industry.

With more and more IT spend moving to cloud solutions and CEOs everywhere demanding that their companies investigate how they can “leverage this cloud thing” in their own business, it’s no surprise that everyone wants to jump on the bandwagon. But it’s also creating a lot of confusion and missed expectations.

That’s why my company, Appirio, introduced “The Washies,” a new (and maybe soon to be annual) award given to the worst cloudwashing offenders. Just as the Razzies call out Hollywood’s duds, this award isn’t meant to be mean spirited. It’s a way to poke a little fun and call some attention to this questionable marketing.

We came up with a few categories, from biggest overall cloudwasher to most enthusiastic use of the word “cloud,” and solicited nominations. As you may have guessed, one vendor took home most of the category awards, which can likely attributed to their long history of cloudwashing (which itself has just recently turned into a big public kiss for the public cloud).

Envelope please… Here are the winners:

This mega-vendor couldn’t utter the word “cloud” without some kind of skeptical comment until recently, at which time they jumped wholeheartedly on the bandwagon.

The worst case of cloudwashed advertising: Microsoft
“To the cloud!” Have you heard it? During a television commercial staged with two people bored at an airport, the world saw this company introduce “the cloud” to consumers. Until then it was simply known as “the Internet.”

While Microsoft does have some legitimate cloud solutions in their portfolio, these and their other TV commercials handed them the win in this category.

The most cloudwashed statement: Larry Ellison and Oracle
This one was a toss-up, but ultimately, Oracle’s Larry Ellison edged out the competition with his past Churchill Club sound bite: “We’ve redefined cloud computing to include everything that we already do.” That, ladies and gentlemen, is cloudwashing in a nutshell.

The biggest personal cloudwasher: Larry Ellison
This was a controversial category that — perhaps rightly so — raised the ire of some of the nominees, but we have to give the award to Larry.

As a side note, we were a bit surprised that one of the nominees launched a social media campaign to win this award and even set up a bot to auto-vote for himself. But it wouldn’t be right to faux-reward a cheater, so Larry Ellison earned himself his second award of the night.

The most enthusiastic use of the word “cloud”: Salesforce

Love for the cloud can sometimes lead to excessive use of the word “cloud” and other over-the-top behavior, even among true cloud companies.

We freely admit that Appirio often sits in that camp; everything we touch seems to be incomplete without a cloud image. However, Salesforce edged us out for this category win. Given their strong voice in cloud advocacy, we respectfully accept defeat.

The public has voted: these are your 2011 Washie winners. What do you think? Did the public get it right? We would love to hear your thoughts for nominees or categories next year — although we hope by then this award will no longer be needed.

Narinder Singh co-founded Appirio, a cloud solutions provider. Currently, he serves the company as its chief strategy officer and head of research and development. Prioring to helping start Appirio, he was at SAP in the office of the CEO, where his role was focused on corporate strategy around sales, service and business and technology disruptions.