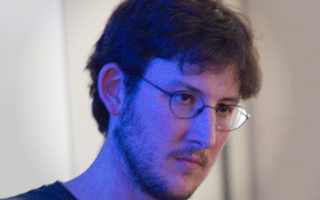 Ryan Dahl, the hacker who brought the world Node.js, is turning over the reins to Joyent’s Isaac Schlueter.

Dahl, who started working on the Node project in 2009, stated in a Google Groups post Monday, “After three years of working on Node, this frees me up to work on research projects. I am still an employee at Joyent and will advise from the sidelines but I won’t be involved in the day-to-day bug fixes.”

Node.js, which was recently named Technology of the Year by InfoWorld, is a system for server-side JavaScript programming. Today, the wildly popular technology has the most-watched repository on Github, making it even more popular than Ruby on Rails.

A status update Dahl posted during the recent Node Summit hinted at a bit of burnout; Node has been one of the most-hyped technologies over the past year or so, and we can’t blame him for wanting to focus on other projects. Maybe something that has absolutely nothing to do with JavaScript.

Also, Node is moving from its infancy into a slightly more mature state and has plenty of capable developers on its team of core contributors; the timing seems right enough for Dahl to step aside somewhat. As a Joyent spokesperson noted in an email to VentureBeat, “This is a natural evolution for a rapidly growing open source project.”

And Node is still in good hands. Schlueter is an Oakland-based programmer who shares Dahl’s current employer, Joyent. Joyent continues to sponsor the development of the Node core even as the company creates enterprise-level support solutions to entice larger companies to use Node.

“Our energy will now be largely focused over the next few months on improving the third party module system experience including a website for browsing modules, a new addon build system, and binary installations from npm,” Dahl continued. “Isaac is in the unique position to bridge the gap between core and external modules to ensure a pleasant experience.”

We’ve contacted Dahl and Joyent for a more detailed statement and will update this post when more information is available.