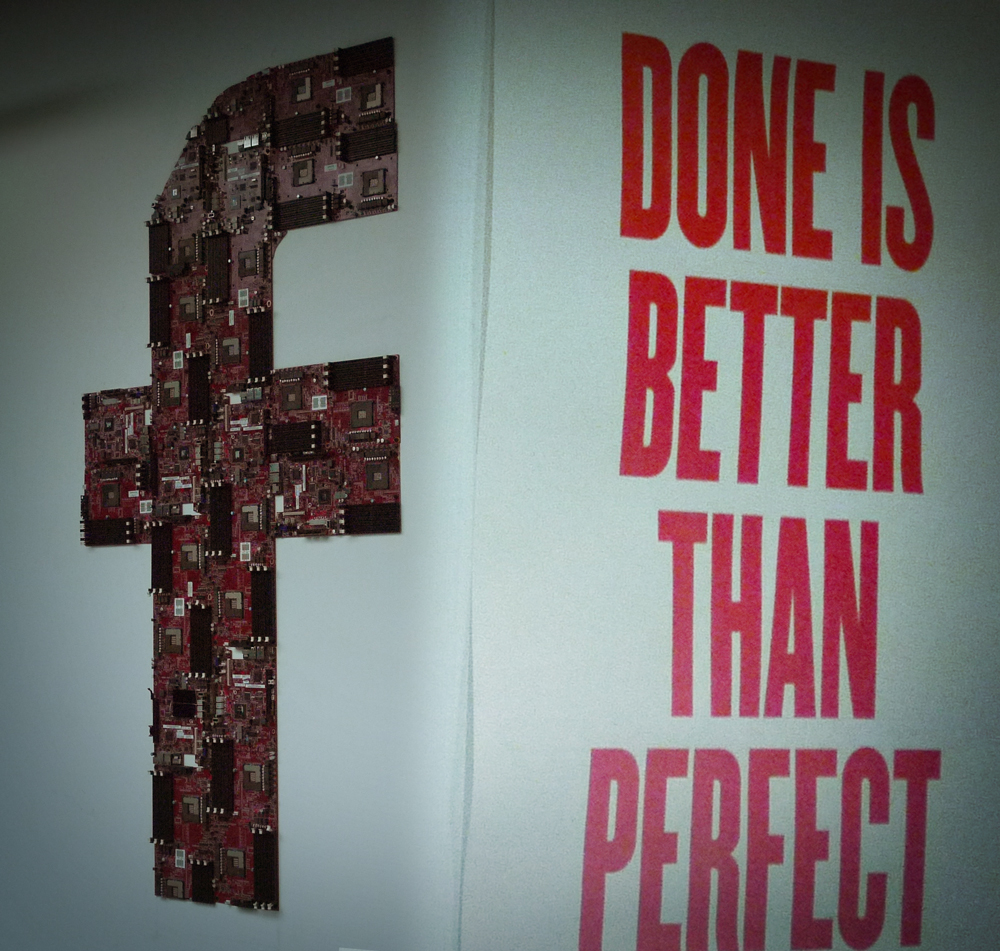 Early in the morning, 80 developers are sitting in a room at Facebook’s headquarters. Their first task of the day will be to write some code and push it live onto Facebook.com.

The catch is, it’s their first day on the job.

“Welcome to working at Facebook,” intones David Recordon, an engineer leading the new recruits through their very first bootcamp.

“Whatever it is, it’s worth it, because you’ll learn something from it,” Recordon says.

Bootcamp is part of Facebook lore. It’s how the company molds each fresh crop of code-focused new hires into Facebookers. It’s a cultural indoctrination coupled with a hands-on, do-or-die, learning-the-hard-way introduction to the company’s massive codebase.

And everyone who works in Facebook engineering — regardless of product focus, previous training, office location, or seniority — makes the trek to the company’s Menlo Park headquarters for bootcamp.

“Building software has always been a social activity if it’s done at any scale,” says Mike Shaver, one of the company’s engineering directors, in a meeting later that day.

That marriage between social and software is the core of bootcamp. It’s not a top-down marathon of meetings with tiers of managers and painfully boring training videos. New recruits aren’t treated like helpless new kids. Right from the start, everyone is required to row in the same direction and to solve problems.

“When Facebook engineering is at its best, we aspire to move the needle for a billion people. And then [we’re] going all out see if we can do it,” says Shaver. “And then maybe having a beer afterwards.”

While some of the recruits in today’s batch are new graduates reluctant to ask questions, let alone make suggestions to change features and products for a billion users, others are startup veterans who take a certain pride in disruptive thought.

“A lot of the people we talk to from startups … they realize they wanted to have this impact and this influence in the product process,” Shaver says. “But they are often the most fun to watch early on. They try to see how far they can push it out.”

Pushing those boundaries is part of Facebook’s culture — its “move fast and break things” credo. For bootcamp, it’s fully expected that someone, somewhere will break something in the codebase. And that’s okay.

“We’d rather you go and focus on moving quickly with some increased risk … but when you do break something, there are people around who will help you fix it,” Recordon tells the new Facebookers.

Of course, it doesn’t hurt that each person in the room is, at least in a few ways, a genius. “It’s a high engineering bar. It’s the highest I’ve seen,” says Shaver, “and a lot of people who are that good, they’re used to being the smartest people in the room.” 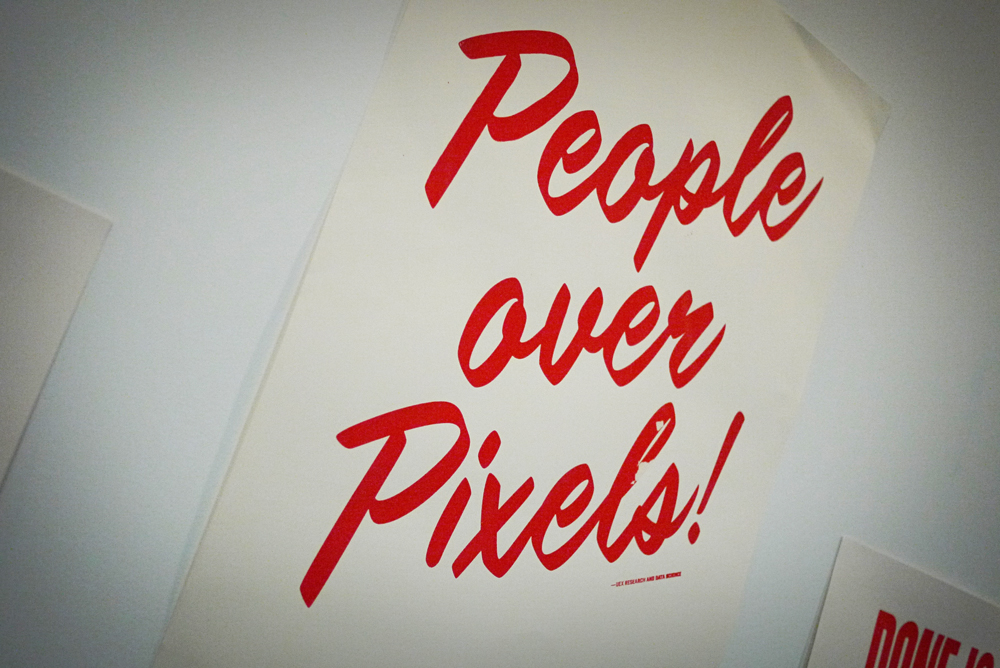 Charu Gupta is an electrical engineer with 20 years of experience, mostly in the tech sector. She leads Facebook’s “mission control” team, a group within engineering that manages programs like bootcamp and oversees lateral movement to and from different teams and projects.

“Bootcamp is really a very unique program that’s incredibly effective in getting our engineers onboarded very quickly and giving them an opportunity to learn our common tools and framework,” she says in a phone call after the bootcamp session has concluded for the day. “Giving new recruits a very safe way to actually do — we think learning by doing is actually the best way to learn anything.”

And it’s not just the new hires who are learning. “We’ve actually found a secondary benefit, is that it helps our mentors develop new teaching and management skills,” she says.

Recordon is a perfect example of this. He’s been working at Facebook for several years; still a young man, bootcamp is giving him a taste of large-scale management.

“I enjoy helping other people grow,” he tells us in a one-on-one chat. “I care a lot about how we grow the company and engineering, how we think about scaling our culture.”

He tells us the bootcamp origin story: Early in the company’s history, Facebook engineering godfather Andrew Bosworth, a.k.a. Boz, told Mark Zuckerberg that for their first six weeks, Boz wanted all the new coding hires to report directly to him. Zuck gave the scheme the green light, and bootcamp was born.

Nowadays, bootcamps run regularly every other week. And while the experience does help new hires get comfy with the codebase and learn how to solve problems and think like a Facebooker, it also gives them and the company a better idea of where that engineer will end up working — at least for the first year or so on the job.

That’s something else unique about Facebook’s hiring process: Engineers are hired as engineers, not as members of a specific team.

“Through the first four weeks of bootcamp, you’re getting exposure to different parts of engineering through code … starting to figure out which one of these broad areas you’re most interested in, then looking at the teams that are trying to grow right now,” Recordon explains.

Because of Facebook’s truly massive scale, he tells us, “I’ve not heard of very many situations where it doesn’t work out.”

Every year and a half or so, devs are permitted to take a month off to just hack around, explore other teams and products, and contemplate switching to a new field within the company.

“If you think about the smartest engineers that you know, it’s rare that they continue to do the same thing for three or four or five years,” Recordon says. “People want to solve a hard problem, then they want to solve another hard problem.”

But whatever problems they’re solving, they’ll solve them in Facebook’s hacker-centric way.

“We expect new hires to do this,” Recordon continues, “to take our company values and apply them to the different situations that they’re in. To move fast, to be open, to focus on impact. Part of their job is to question whether they’re doing that.”

And ultimately, that’s the indoctrination that bootcamp is focused on. 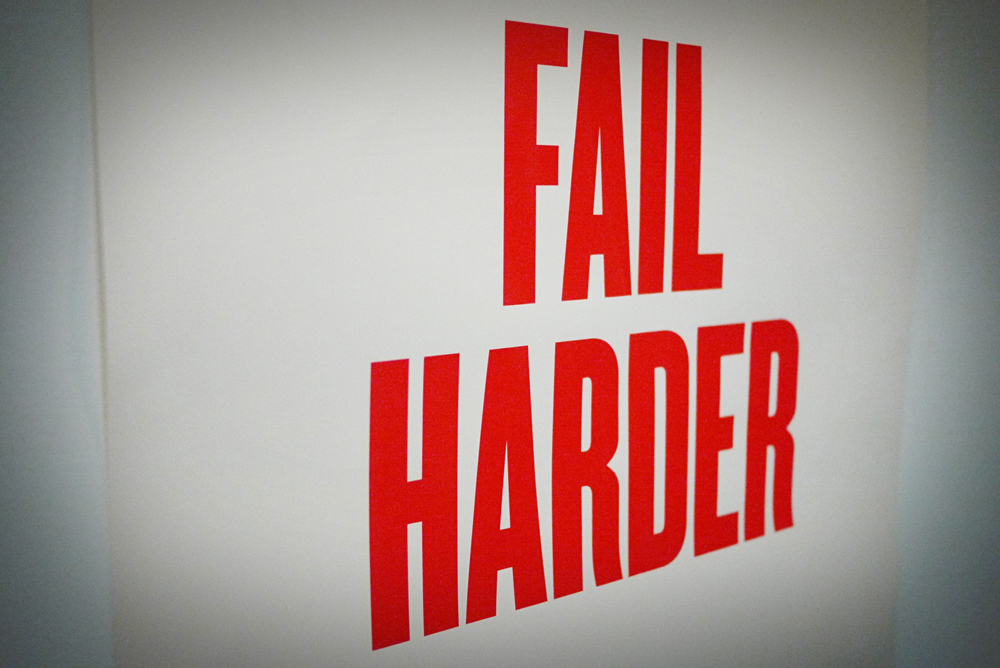 The rise and fall of brogramming

It’s no secret that Facebook engineering’s origins are typical of the Silicon Valley idiom: young, white, and male. And still, you’ll notice a lot of young, white men among the company’s dev staff and engineering managers.

But Facebook, like many of its counterparts in tech, is actively, aggressively pushing itself away from that idiom and toward something more balanced and more representative of its global audience of users.

“We want to encourage more women and other minorities to feel comfortable going into software in the first place,” says Shaver. “It’s very important that we’re not just explicitly inclusive but that the environment feels comfortable.

“And honestly, sometimes it won’t. Those are problems to be solved.”

One of the more obvious problems to solve is the inclusion of more women on the engineering teams and broadening the pipeline of women in science, technology, engineering, and math (STEM) fields in general.

“We have a number of women in tech roles at Facebook who are really passionate about encouraging women to make choices in STEM,” Gupta says, “things they do very deliberately in Facebook. The large majority of our technical women are part of that outreach.” The company already participates in a slew of groups and events in the Silicon Valley area, and more initiatives are underway, Gupta says. “We’re spinning up some newer programs to really broaden our education and awareness.”

The ideal of cultural diversity at Facebook isn’t just something its leaders aspire to; it is, Shaver says, an active part of the recruitment process. “When we interview people, that’s something we’re looking for in a cultural fit,” he says. “‘This new engineer, is she going to move us more toward the culture we want to have, or away from it?”

That cultural ideal is one that ends up trickling down to other Valley startups and startups in other areas, startups founded by former Facebookers and by non-Facebookers who simply look up to the cult that Zuck built.

“We are conscious of the fact that we have a unique culture,” says Gupta. “We’re very proud of our culture, and we love our culture. And we absolutely love the fact that people leave Facebook and start new ventures and take a piece of that culture with them.”

A big part of killing off the remnants of brogrammerism lies in ensuring quality of life for its employees. The 80-hour work weeks and work-hard-play-hard overtones that are de rigeur at many startups can’t fly as well at a company with a headcount in the thousands.

“If you’re a new grad, you come out here and you’re gonna sprint,” Shaver says. “You feel like you have to prove yourself, and it’s a pattern. School is ‘all the things’ … We do have a pretty good focus on that.”

After all, when an engineer is doing “all the things” around the clock, literally sleeping and eating Facebook seven days a week, everyone suffers.

“One of the challenges is around this need for breadth of interest, that raw curiosity, especially in senior people,” says Shaver. And a burnt-out dev who buries himself in code and never sees the sun? That guy isn’t curious, and his scope has become too narrow for real problem-solving.

Shaver says that to combat overworking and burnout, he has to personally have serious conversations with people about taking their paid time off or, for new parents, their full four months of leave.

Ultimately, he says, “I’m pretty sure everybody is having fun in aggregate because the job is too hard to do if you’re not having fun.”

Still, Facebook strives to maintain the good parts of its original culture. It trains new recruits with lore about the good old days of rowdy young devs disrupting the hell out of everything from crosswalk placement to architecture and interior design. It promotes hackathons and all-nighters. It values free and open-source software, takes its global social impact seriously, frowns on needless heirarchy, and worships creative experimentation.

“When I was making the choice to come to Facebook, it was so exciting to me that Facebook is creating the new playbook of how a technical company runs,” Gupta says. “We have people that are really conscious of this, that are highly concerned citizens of the world, and that are fundamentally very smart.

“The scale has changed, but our core values have remained consistent.” 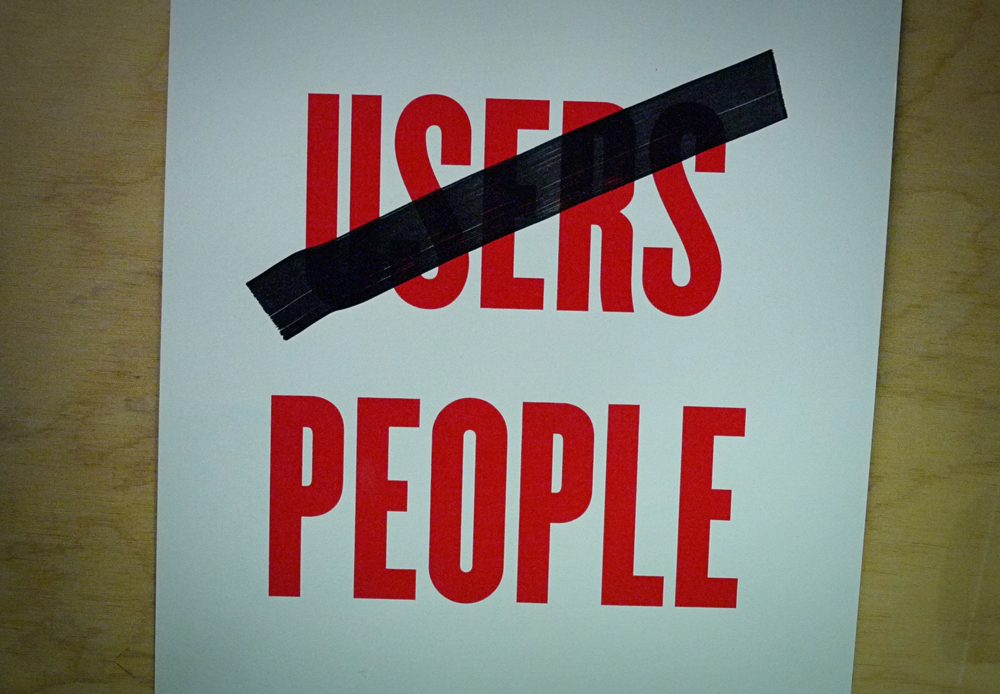