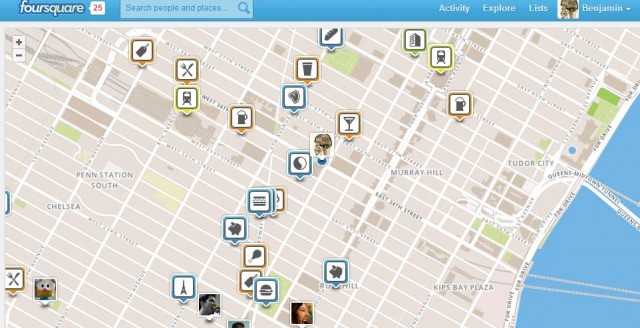 Above: Can you spot VentureBeat's brand new NYC office?

Foursquare ditched its corporate overlords and showed some love to a little startup this week. After Google raised the price on its Maps API, Foursquare began looking for new options. It liked OpenStreetMaps, a sort of Wikipedia for geography, but couldn’t translate that to actual map images. Luckily, a little startup called MapBox was working on that problem, and with their help Foursquare left Google behind this week and joined the OpenStreetMaps movement.

The Facebook status of Google and Foursquare founder Dennis Crowley? It’s complicated. The search giant bought his first startup, Dodgeball, but Crowley left after feeling Google wasn’t supporting his project. Google eventually killed the product but has gone on try similar things with HotPot, which was later folded into Places. Foursquare has also poached a healthy number of Google employees over the last few years.

A blog post from Foursquare lays out a few reasons it chose to switch, beyond the pricing:

Foursquare isn’t the only big service to recently make the switch. Real estate portal StreetEasy also jumped from Google to OpenStreetMaps, after calculating that it would cost them around $300,000 a year to stick with Google’s new API terms.

Both Foursquare and StreetEasy also pointed out that with OpenStreetMaps, they can customize the look and feel of the map to fit their business aesthetic. This is technically possible with Google, but costs extra money. StreetEasy’s Sebastian Delmont said the search giant’s new API usage rates are a bridge too far.

“I think that someone at Google got their pricing wrong by an order of magnitude. Large companies might be willing to pay that kind of licenses, but this is not the CMS market in 1998, where people would pay half a million for a Vignette license and another million for Oracle. There are so many open source options out there that the value of proprietary solutions has come down dramatically. And if Google keeps pushing companies into experimenting with these open source solutions, it’s only going to get better. I think 2012 is going to be the year of the Open Map. And I’m happy to be part of the front lines.”