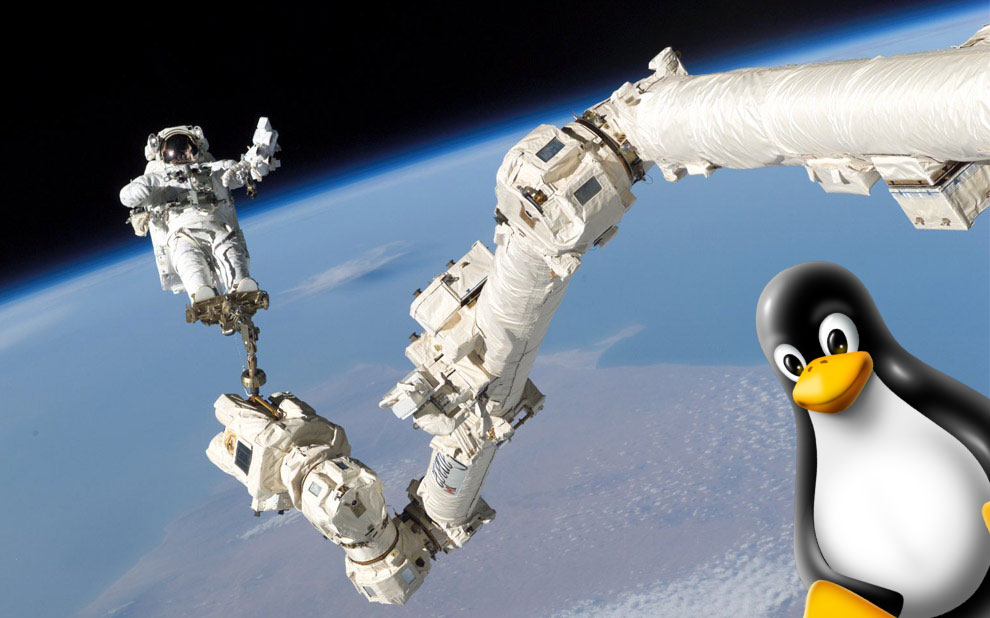 For reasons involving reliability — which is semi-kinda important in low-Earth orbit, apparently — our fellow nerds living aboard the International Space Station have made the switch from Windows to Linux for astronauts’ laptops.

The space nerds will get training from the Linux Foundation for the upgrade to Debian 6. The foundation has actually customized two courses specifically for NASA astronauts’ needs, including a basic Linux user course and more advanced coursework on how to develop applications for Linux.

Previously, the laptops aboard the ISS had been running Windows XP.

The foundation also says the first humanoid space robot will also get a fresh Linux install. Called Robonaut (R2), the bot was created to “take over some of the astronaut’s responsibilities. … Running on Linux, the robot can be manipulated by onboard astronauts with ground controllers commanding it into position and performing operations. The Linux training from the Linux Foundation will help NASA developers ensure that R2 can be a productive addition to the ISS. Still in the fine-tuning phase, R2 will eventually carry out tasks too dangerous or mundane for astronauts in microgravity.”