Azure Data Lake Analytics is a significant move for Microsoft, which at a high level is keen on building “the intelligent cloud platform.”

At the core of the new service is the new U-SQL query language. By incorporating elements of C#, Microsoft is taking advantage of its large base of programmers. That can help Microsoft Azure distinguish itself from other public cloud providers with data services, including market leader Amazon Web Services, as well as Google Cloud Platform and IBM SoftLayer.

We know that many developers and data scientists struggle to be successful with big data using existing technologies and tools. Code-based solutions offer great power, but require significant investments to master, while SQL-based tools make it easy to get started but are difficult to extend. We’ve faced the same problems inside Microsoft and that’s why we introduced, U-SQL, a new query language that unifies the ease of use of SQL with the expressive power of C#. 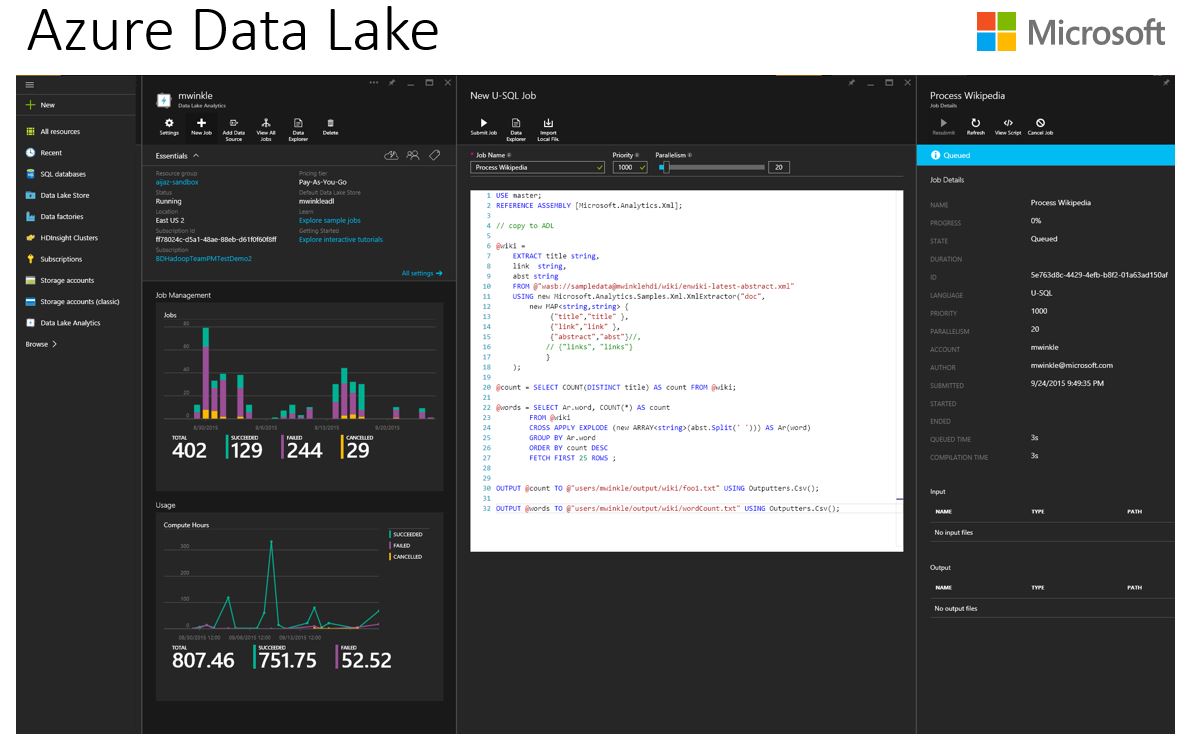 Above: Working with U-SQL in Microsoft’s Azure Data Lake.

Microsoft is also announcing that managed Linux-based Hadoop clusters are now generally available in the HDInsight cloud service, which is part of the more general Azure Data Lake.