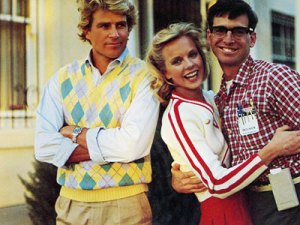 Node.js became the most popular code repository on Github over the holiday weekend.

With 11,460 watchers as of this writing, the Node repo now has more attention than Rails, which has 11,274 watchers.

For all you who’ve been trumpeting that Node would become “the new Rails,” your rantings have just become a wee bit more justifiable.

While Node is still a couple years away from the mass adoption and enterprise acceptance that slightly older technologies have seen in recent years, the fact that its popularity is rapidly growing is now obvious and indisputable.

Currently, Github lists 239 contributors to the Node.js core. There have been 232 clones in the past four weeks alone, and the Node repo has had 851,456 pageviews over the past three months.

The Node repo has been around since early 2009; Github cites February 15 as the date of Dahl’s first commits. The development of Node is sponsored by Joyent, the company that employs Dahl and a few other Node core contributors, as well as offering Node-related support to enterprise-level companies that want to adopt Node.

“Node’s popularity on Github demonstrates that the world sees what Joyent has always believed: That Node.js is not simply a new programming environment or the latest shiny object, but rather a profound shift in server-side programming towards event-oriented systems,” said Bryan Cantrill, Joyent’s VP of engineering, in a conversation with Venturebeat today.

In addition to garnering its fair share of watchers, the Node core also saw a surge of commits recently. Since the summer, both the number of commits and contributors have picked up significantly:

Ryan Dahl, Node’s creator, still remains the most consistent and active contributor to the Node core.

If you’re one of the estimated five developers who hasn’t dipped her or his toes into the Node-infested waters, check out How to Node, a tutorial blog on getting started with Node.js. You can also check out the text from Up and Running With Node, an upcoming O’Reilly book on the topic by former Joyent employee Tom Hughes-Croucher.