Yesterday, I was surrounded by hackers, PayPal and eBay signs, snacks and food trucks, and major tech sponsors such as Microsoft, Andreessen Horowitz, and Pebble.

But no, I wasn’t at South by Southwest — I was at a hackathon for high school students.

The cleverly named HSHacks took place at the PayPal office in San Jose, California from Saturday morning until Sunday late afternoon, with several hundred students in attendance. I must say, I felt old — despite being pretty young by most other standards in the tech world! My accidental guide was Jeremy Rossmann, one of the cofounders of Make Games With Us.

Rossmann is a Y-Combinator alum; his company teaches high school and college students to make iOS games both online and in person through code camps. Make Games With Us was also a sponsor of the event, and Rossmann spent the weekend teaching iOS workshops, helping everyone around, giving a kickoff speech, and participating in the hackathon judging. I arrived shortly before the demo, when the participants would showcase their hacks for judges before their top selections presented onstage in the hopes of winning sponsor prizes or an overall win. 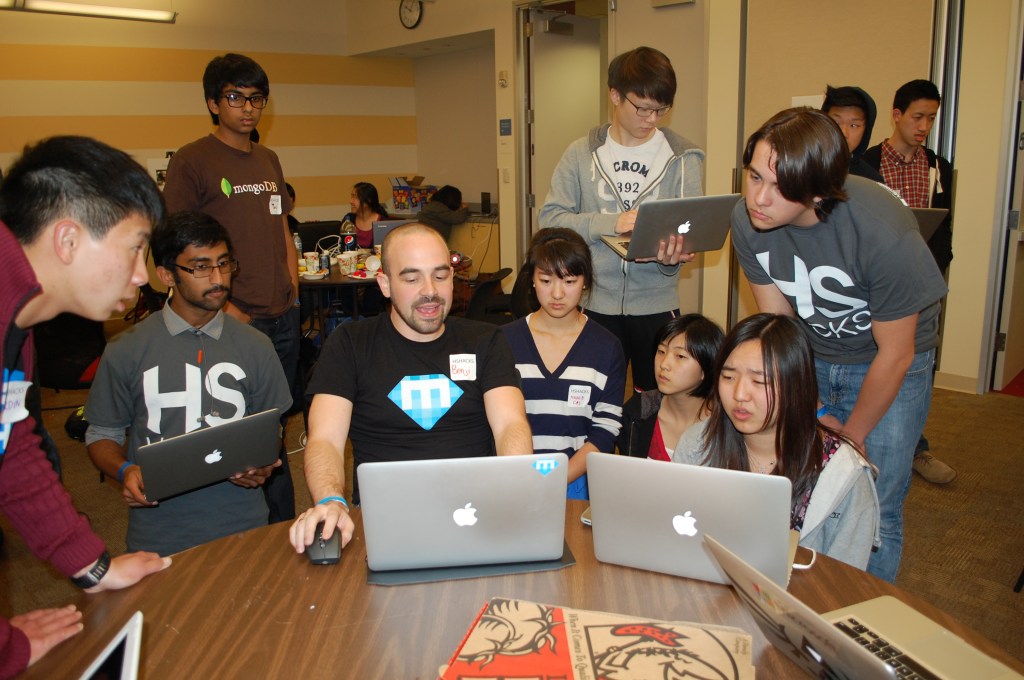 As I walked around the many aisles of projects, I noticed a big range of formats: mobile apps, web apps, and video games. I also noticed that many were food- or school-related — the latter wasn’t surprising.

While my twentysomething peers in the startup scene are solving laundry and lunch-delivery problems for themselves and their friends, these kids are creating apps to help with their chemistry homework.

One project, Blend It, spits out possible recipes the user could make based on the ingredients available. Kartik Vats and Kartik Mendiratta used the Yummly API to source the recipes. They said they created the app with Gen X users in mind — presumably their parents who often need to whip up meals with whatever’s in the fridge. 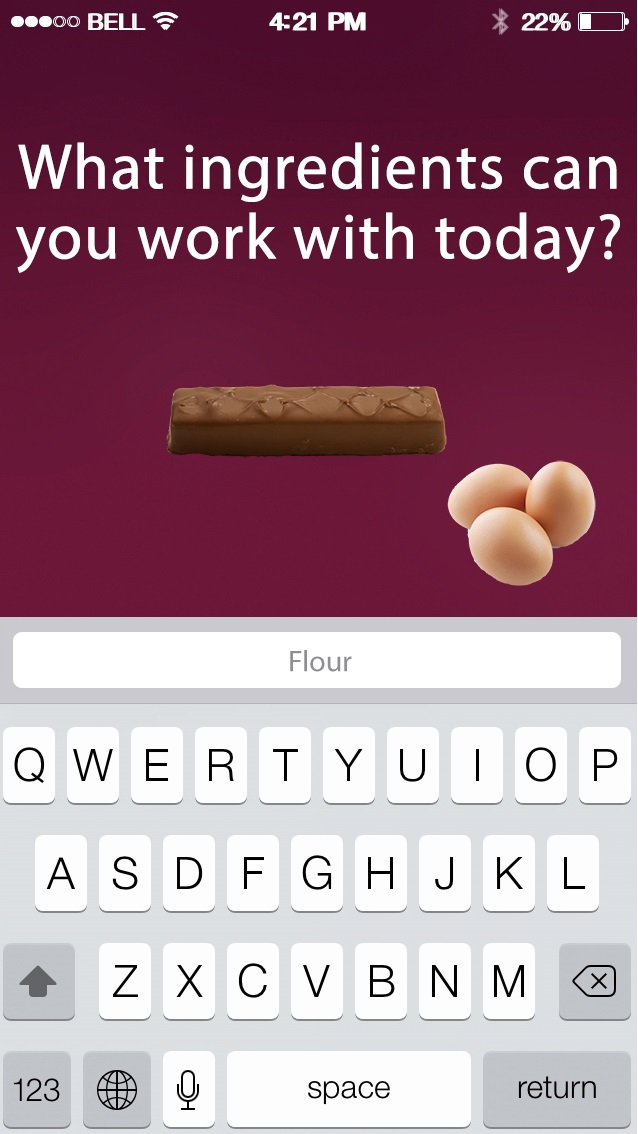 Another hack I found quite relevant to the recent social apps, but with a high school twist, is Anon. The iOS app, put together by HSHacks co-organizers Spencer Yen and Aakash Thumaty, randomly pairs you to chat with an anonymous user, but only with your Facebook friends. The age-appropriate twist of keeping it to one’s Facebook friends is something parents may appreciate.

Text Shell, which took second place, is also a hack for the high school lifestyle. A data plan isn’t part of what the app originator’s parents permit on his smartphone, so the team built Text Shell to enable users to receive text messages of a variety of information, such as the current price of Bitcoins or their own Facebook account’s notifications. Nifty. 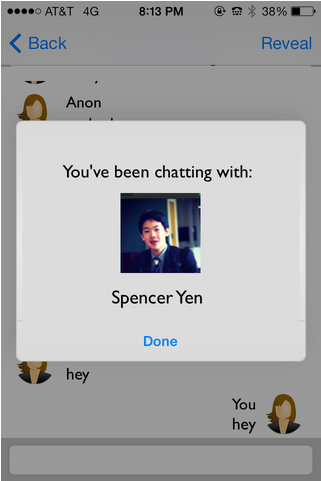 Swipe Converter (a unit-conversions app), School Resources (a hub of resources organized by subject course), Pen (a collaborative annotation Chrome extension), and third-place winner ChemWhiz (a chemistry-problem helper) are some of the many education-focused projects.

However, it was The People’s Postcard that won me over. As a huge fan of satire and clever jokes, I couldn’t resist this app, which enables users to create postcards that “spread knowledge about true Korea — North Korea.” (Apparently, Kim Jong Il invented the laptop in 1972!)

Team leader Ahsan Zahid shared with me that the idea came from his recent fascination with the country after studying foreign policies as a speech and debate participant.

“They just don’t have the same opportunities that we have simply to learn,” he said regarding North Korea. “[The laptop joke] is funny to us, but we have the privilege to know that it’s not true.” He added that the satirical app is to celebrate the openness of technology. Hear, hear!

Overall, Rossmann was impressed with the weekend’s hacks. Although he admitted that the event had a lot of beginner-level projects, he added, “Up until now, you could take a bunch of classes to solve homework problems; this is taking it to the real world. They’re getting early on the desire to learn how to build things.”

Venmo representative and mobile engineer Ayaka Nonaka also shared her optimism about the young hackers. “As high school students, you don’t know your limits yet, so you shoot for the stars,” she said. She spent a lot of her time there lending her skills to students working on a variety of platforms, mostly because she was happy to see such enthusiasm from those asking for her help.

The next batch of entrepreneurs?

HSHack’s existence is not all that surprising. Founder Shrav Mehta explained that he had seen a lot of fellow high school students going to hackathons but it was still a relatively unknown activity among his peers.

“I felt like there was a bigger community of coders or people who are interested in learning to code and hosting a hackathon specifically for them and marketed to them was the best way to grow it,” he said in an email to VentureBeat.

As an alumna of one of the high schools participating in this hackathon, I can assure you this was not how I or most of my friends spent our free time back then. I suppose hacking my own chemistry app would have made my 10th grade experience a little better.

“We’ve been seeing a lot more high school students at hackathons,” she said. Sponsoring and attending hackathons with large youth presence is “about building the network” for her team and employer.

Obviously, she can’t hire any of them now; they still need to make it to prom and finish that pesky chemistry class first. But it’s interesting to see major tech players and even VC firms wanting to establish a presence in teenagers’ minds.

Even Y Combinator’s new chief, Sam Altman, made an appearance, discussing good and bad motivations to create a startup and giving the young minds an overview of the accelerator’s program.

Maybe the next YC summer batch will consist of fresh high school grads occupying their freetime with some entrepreneurship before moving into their college dorms.

Until then, these high school students will be waiting outside the PayPal offices, pillow and backpacks in tow, waiting for their parents to pick them up so they can finish their homework. “Being at a hackathon” is likely not an excuse their teachers have begun to accept — yet.