They may not receive as much attention as flashy Silicon Valley types, but Midwestern VCs would like you to know that, yes, they too are serious about investing in cleantech. The latest to join the fray are Rick Kieser and Scott Prince, whose Cincinnati, Ohio-based Clean Wave Ventures is in the midst of raising $100 million for its first cleantech fund.

The fund will focus on four main areas of investment: water, energy, transportation and materials. Kieser and Prince are close to making deals with several companies — a wind turbine maker, an electric motor manufacturer and a geothermal energy company — they’ve already been in talks with. The investments will range from $2 to $7 million each, and Clean Wave is currently targeting 15 firms for its initial fund — which it expects to wrap up in the coming year. 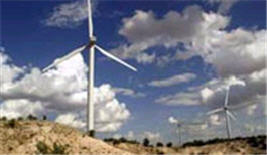 With the majority of cleantech dollars and deals still going to California — a report found the state’s 68 deals in 2007 accounted for a hefty $762.2 million — Midwestern states like Iowa, whose 3 deals in 2007 amounted to $28 million, and Illinois have been trying to make themselves look more appealing to investors by investing in local entrepreneurs and research. These states have gained a reputation for recent advances made in biosciences, biofuels and renewable energy technologies.

Business-academic partnerships, like the one that created Xunlight, have been a boon for the states, and Midwestern universities’ pioneering research on cellulosic ethanol and other alternative fuels could lead to more breakthroughs over the coming years. Because of the amount of land available and its terrain, many believe the Midwest could become a central hub for wind power: According to the American Wind Energy Association (AWEA), the region has the capacity to produce 635,790 megawatts. Midwest Renewable Energy Corporation, a subsidiary of Iberdrola, is building several wind farms in Iowa and Wisconsin.

Despite a slow start, investors in the region are bullish about the Midwest’s potential as the next big cleantech hive. They’re hoping 2008, which has already seen record amounts of money sloshing around, could be a banner year.