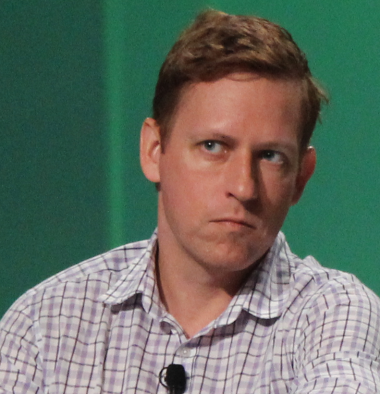 With innovation in transportation and alternative energy forms stalled, cleantech investing has become a disaster that has scattered Silicon Valley investors and left the U.S. behind in terms of innovation, Thiel said at the TechCrunch Disrupt 2011 conference in San Francisco.

“Cleantech is an increasingly large disaster that people in Silicon Valley aren’t even talking about any more,” Thiel said. “The failure in energy and transportation points to a larger failure in clean energy — we aren’t moving any faster, literally, than we were when modern airplanes first came out.”

Those amounts are low compared to business social network LinkedIn, which raised more than $350 million without flinching. That company also picked up a market cap of nearly $10 billion before the sell-off wiped out more than $3 billion in value. Two other Web 2.0 companies, Groupon and Zynga, already filed to go public. Groupon wants to raise up to $750 million, while Zynga wants to raise up to $1 billion.

Add to that Solyndra, a cylindrical solar rooftop systems company, which is the now-controversial recipient of a $535 million loan guarantee from the Department of Energy that filed for bankruptcy earlier this month. That company was one of the first to receive a federal stimulus grant. But after raising $1 billion the company was forced to slash costs, close a factory and cancel an initial public offering as photovoltaic panel prices collapsed amid the economic recession that began in 2008.

Thiel frequently expresses disappointment that Silicon Valley’s entrepreneurial community is all about making profits and not about changing the world, so you’d think he’d be bullish on anything green. But he’s actually been surprisingly bearish when it comes to cleantech companies. That’s not because he doesn’t believe in the technology, he just doesn’t like the way the companies are run, he said.

“The greatest companies that one can build are ones that represent genuine progress rather than ones that are just rapid change from one fad to the next,” Thiel said.