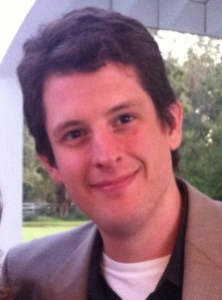 Amazon has bought Quorus, a shopping startup focusing on bringing social interactions and conversations into e-commerce. The deal seems to have been completed in November 2011.

The acquisition, which may be a talent grab, brings Quorus co-founders Michael Dougherty (pictured) and Sameer Rayachoti into the Amazon fold.

Currently, all Quorus employees are now working at Amazon, we’ve learned from an anonymous source with close ties to the deal.

While the team can’t comment on what they’re building for the e-commerce giant, they say they’re very excited about their new roles.

Rayachoti is listed on LinkedIn as a Quorus co-founder. He also worked at Redfin and Zillow, but his Silicon Valley career started with a three-and-a-half-year tour at Amazon, where he was a software developer beginning in 2001.

Another team member, Peter Abrahamsen, was a design and engineering grad student and a Quorus senior software engineer — at least until November 2011, when he changed his LinkedIn profile to reflect Amazon as his new employer. 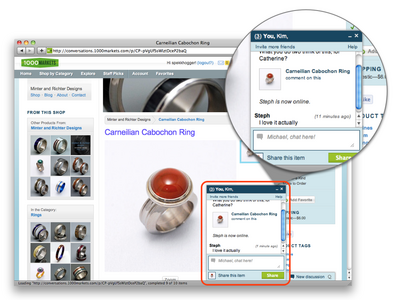 The Quorus product is one of several social-shopping products floating around the web these days. The basic idea is that you’d get advice and feedback from friends while considering various online purchases — not unlike the premise behind Tara Hunt’s Buyosphere.

Specifically, Quorus allowed shopping sites to add push-button IM features to their product pages, as seen in the image above. One client for the IM product was Zappos, itself an Amazon-owned property.

All the Quorus team members we’ve researched are based in Seattle, Washington, which is also the location of Amazon’s headquarters.