Bescent is announcing that it will launch Disney and Universal-licensed alarm clocks for kids. That may sound mundane, but these olfactory alarm clocks will wake you up with smells instead of sounds.

The French company is also unveiling Oria, a new product that will be available for preorder in April with the launch of a Kickstarter campaign. Bescent revealed its first product in 2015, and it will return to CES 2018, the big tech trade show in Las Vegas next week, with kids’ clocks based on the Frozen and Minions franchises.

The idea is to wake people in a good mood with pleasant scents. The Disney and Universal versions of the alarm clock are available now in partnership with Lexibook, a European maker of electronic products for kids. Guillaume Rolland started Bescent, then called Sensorwake, in 2015, when he was 18. His company delivered the initial Kickstarter units in 2016, and Rolland is now 21.

Oria, meanwhile, will tap the power of scents to improve their sleep quality. The clocks come with capsules that can produce different scents based on your preferences. So you can be awakened with the smell of coffee, a hot croissant, or mint.

To date, the company has raised € 1.6 million, or $1.9 million, through Kickstarter and an investment from perfume industry company Givaudan Group. 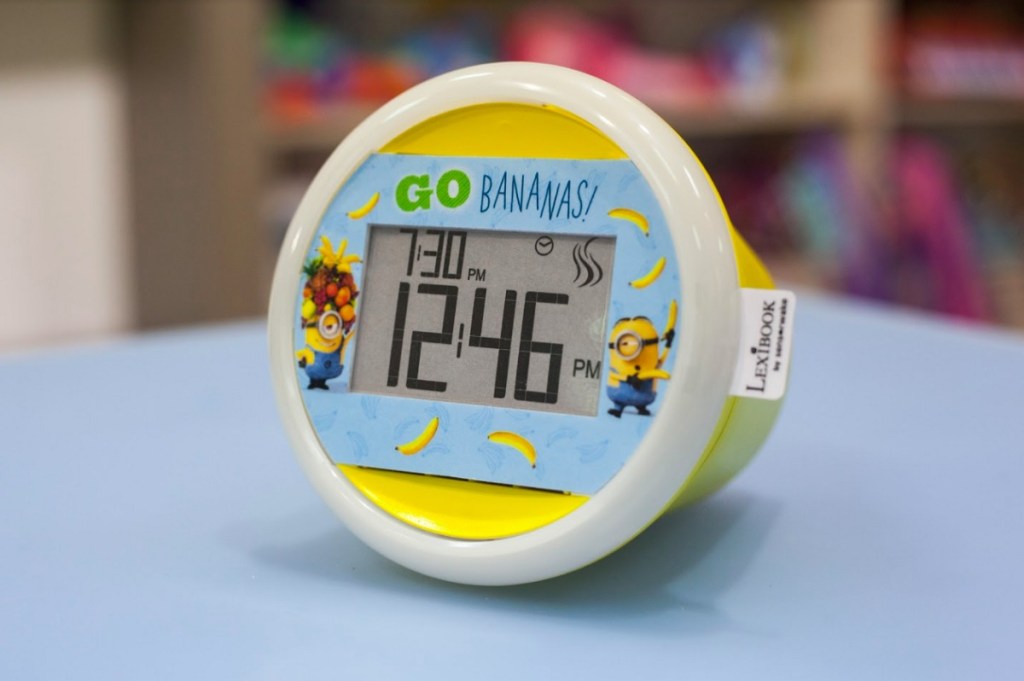 Bescent is targeting its smart diffuser clock, Oria, for delivery in the fall 2018. In the meantime, people can still register on www.sensorwake.com to participate in the company’s beta-test program.

“This new device dedicated to your sleep will be using relaxing scents to help you fully recharge your batteries,” said Rolland. “Bescent aims to help people improve their well-being using scents. We then decided to work on another part of the day that affects tremendously our daily life: the night and our sleep.”

The company focused on offering a qualitative and restorative sleep with Oria. The company worked with scent maker Givaudan to bring to market the first device that uses scents to actively improve sleep quality. The Oria scents are patented fragrances developed using scientific studies from Givaudan, proven efficient with EEG (electroencephalography) and tested on sleep centers with panel tests, Bescent said.

“Scents have this magic power: they can get you more relaxed and help you fall asleep faster and sleep better,” said Rolland. “We hope Oria can pleasantly, significantly and effortlessly be a part of the solution to sleep deprivation and all its terrible consequences on health.” 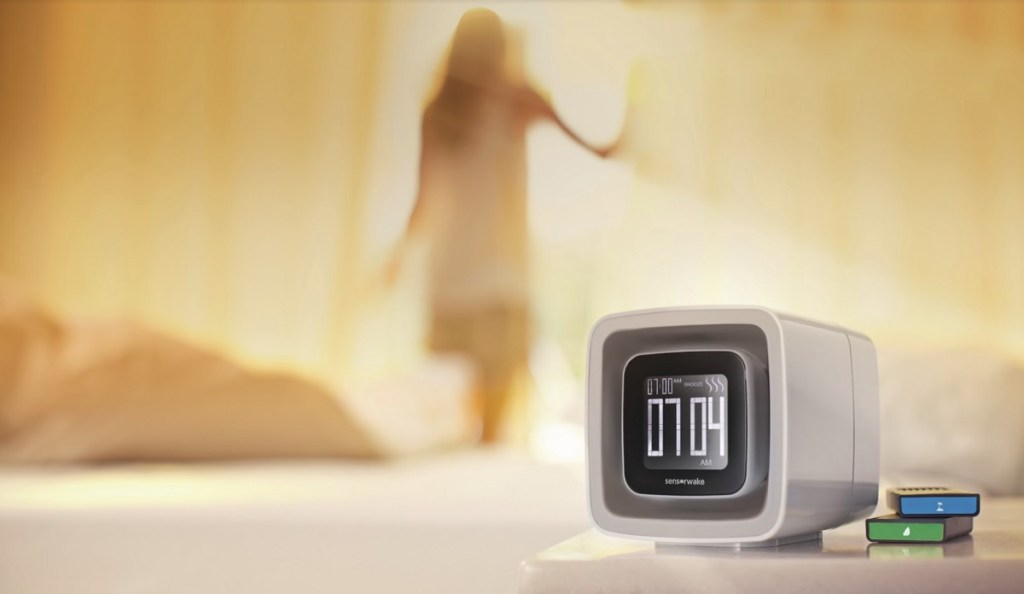 Above: Sensorwake uses scent capsules to awake you.

Oria uses capsules that last a month with daily use. As a non-intrusive standalone device, it stays on your nightstand while the capsule and the fan do the rest silently during the night.

The two Lexibook by Sensorwake alarm clocks are dedicated to children under Frozen (Disney) or Minions (Universal) licenses are now officially launched and available. You can awaken in the frosty world of Olaf and Elsa with the fresh scent of peppermint or within the crazy Minions world with a banana scent. They sell for $60 in stores such as Toys ‘R Us.

To date, the Sensorwake alarm clock sold 20,000 units and 100,000 capsules across Europe. The company estimates it has delivered a million scented mornings to its customers.

Rolland was recognized at the Google Science Fair 2014 in Mountain View, California, where his garage-built olfactory alarm clock placed in the Top 15 “inventions that can change the world.”

Lastly, Bescent has a deal with H.I.S. Group, one of the world’s big travel and hospitality agencies, to put Sensorwake 2 clocks and fragrance capsules in hotel rooms to gently wake up their guests. This January, Sensorwake 2 device will be present in the Green World hotel in Taiwan, which is owned by H.I.S. Group.

“It’s not only for differentiation, it also fits perfectly the common challenges of our two companies: to give innovation and well-being to our customers and make their stays unique and enjoyable,” Rolland said in an email.