A reader asks::  I’m the co-founder and CEO of an e-commerce startup, and I’ve been meeting with different VC firms regarding an initial round of funding.  I’ve started doing some reading on term sheets and the issues we will need to address and I’m a little confused with some of the VC terminology.  Could you please explain to me what a liquidation preference is and how we should negotiate it? 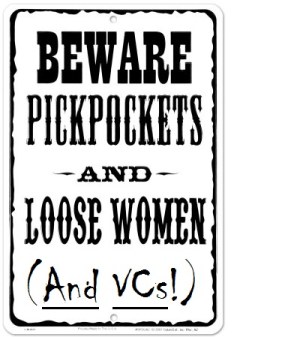 Answer: Welcome to the world of venture capital.  A liquidation preference is one of the essential components of preferred stock and is generally considered to be the second most important deal term in a VC investment (the first being the company’s valuation prior to the investment, commonly referred to as the “pre-money valuation” or “pre”).

Let’s start with the basics:  A VC investor will be issued shares of preferred stock, not common stock.  Preferred stock, as the name suggests, is preferable because it grants certain key rights to the holders – making it far more valuable than common stock.  One of those rights is a liquidation preference.

The word “preference” flows from “preferred” and means the shares of the preferred stock will have a priority over (or ‘be treated better than,’ if you prefer) the common stock in the event of a liquidation.  For example, in bankruptcy, once the company’s creditors have been paid off, any remaining assets would be distributed to the holders of the preferred stock before common stock shareholders see a dime.

There are three types of liquidation preferences:

As part of the negotiation of liquidation preferences, there is also a concept called a “multiple” (e.g., “2X multiple,” 3X multiple,” etc.).  Watch out for this one. It means the preferred stockholders are entitled to a multiple of their original investment (double or triple the amount) before the common stockholders get anything.

So, before you agree to any participating preferred and/or multiples, you should require the VC to run spreadsheets/models demonstrating how much you and the other founder(s) will receive based on various sales price scenarios.

For example, if your company were sold for $40 million, and the VC had invested $5 million for one-third of the company, with a 2X participating preferred, the VC would receive $10 million off the top (not including any accrued dividends, if applicable), plus another $10 million (one-third of $30 million), for a total of $20 million.

The VC would thus receive 50 percent of the sale proceeds even though it only owned one-third of the company. Be safe: Do the math.