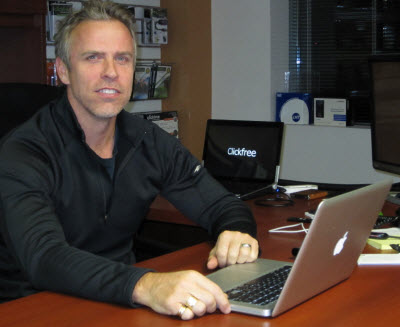 Storage Appliance, the inventor of Clickfree automated backup hardware, has raised $15 million in a third round of funding to expand its sales and marketing worldwide.

The Toronto, Canada-based company has grown rapidly because its products are simple to use. You can plug a Clickfree backup storage device into a computer via its universal serial bus (USB) connector. Then you confirm that you want it to back up the computer. The rest is automatic.

Bryan McLeod (pictured), chief executive of Storage Appliance, said in an interview that the company is good at coming up with useful backup systems because it has a big team of software creators. While rivals such as Seagate and Western Digital have emphasized their hard drive hardware in their products, Storage Appliance tries to differentiate itself with easy-to-use software. You never have to install software to make the storage devices work properly. Storage Appliance has applied for 23 patents on its products.

The new round was led by Tandem Expansion, a new Canadian venture fund. Pagemill Partners advised Storage Appliance on the deal.

McLeod said that Clickfree is available in 25 countries and more than 7,000 retail locations. But overseas demand is picking up and the company needs to expand sales in Asia, Europe, and South America, McLeod said. The company believes that the backup system market could expand to 50 million units a year and generate billions of dollars in revenues. McLeod said Clickfree’s target customers are people who would never bother with a backup system that is too technical to understand. 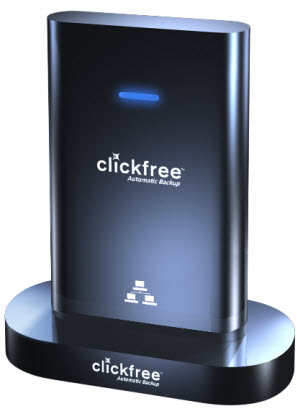 To date, Storage Appliance has raised more than $30 million. Previous investors include Jefferson Partners, which led a $10 million round in April, 2009. Storage Appliance was founded in 2005 and has 80 employees. Besides Seagate and Western Digital, rivals include Hewlett-Packard and Pogoplug. Storage Appliance’s latest device is the wireless backup system, C2N (right), which connects to a wireless network and automatically backs up a computer connected to it. That product was a first of its kind, and Storage Appliance has introduced novel products like it about five or six times ahead of its competition in the past couple of years, McLeod said.