CoreOS was bold enough to set out and build a new server operating system. Today, the startup is announcing that it’s been funded again, with a $12 million round, and it’s launching a new product called Tectonic that companies can use to run applications in Linux containers.

Tectonic resulted from the startup “wanting to put together a whole easy-to-consume package,” Alex Polvi, chief executive and a cofounder of CoreOS, told VentureBeat in an interview.

If you’re looking to build and operate applications in containers — one of the biggest software-development trends around at the moment — there’s a whole ecosystem of tools to explore.

Tectonic comes with a stack of tools that work together. And it should help CoreOS ride the wave of interest in containers and become a top arms dealer for systems for building and shipping software in containers — an alternative or even a competitor to virtual machines, which have been around for more than a decade.

Major tech companies that sell systems for using virtual machines, like Microsoft and VMware, have taken steps to support containers. (CoreOS has partnered with both of them.) Several startups, too, are jockeying for container leadership positions: most prominently Docker, which jump-started the movement by open-sourcing its container system, but also Mesosphere and Joyent.

And CoreOS can’t forget about Red Hat, which sells Linux distributions to lots of companies. Red Hat, no surprise, is in on the whole container thing, too.

With Tectonic, CoreOS is taking several of its existing open-source tools — including the CoreOS operating system, the etcd key-value store, the Flannel networking fabric, and the Rocket container runtime CoreOS built as an alternative to Docker’s runtime — and the Google-initiated Kubernetes container management technology, and throwing in additional components, like an installer and a management console. 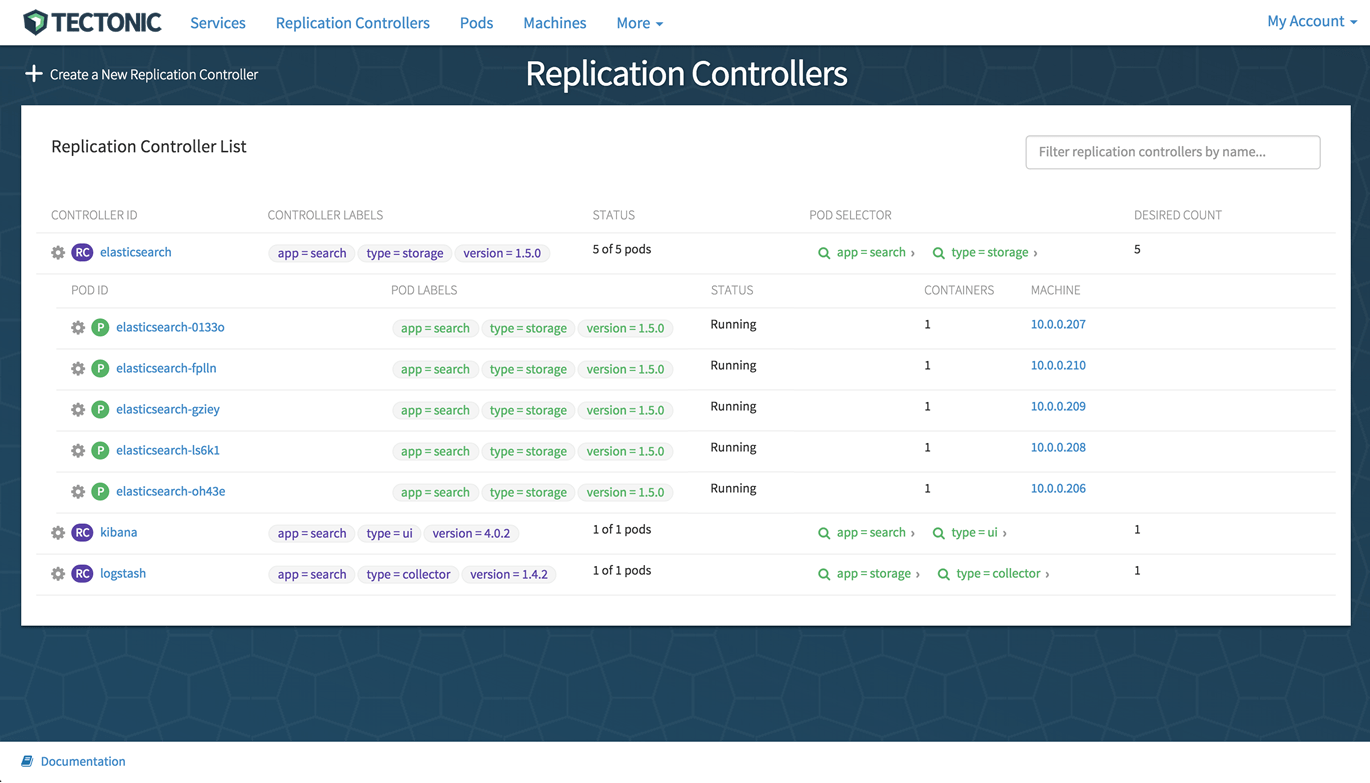 Above: Tectonic in action.

“All individual components within Tectonic are purely open source,” Polvi said. But Tectonic in itself is a package companies can buy. He likened it to the bundle of software that comes with Android devices. Android is free and open source, but the distributions that ship with the devices include proprietary apps.

CoreOS is now offering Tectonic to “a select set of beta customers,” according to a statement today from the startup. It will become available to the general public in the second half of this year, Polvi told VentureBeat.

This is the second funding round for San Francisco-based CoreOS, which started in 2013 and now has 35 employees. To date CoreOS has raised a total of $20 million, including the $8 million round announced last June.