DataPad emerged from stealth mode today and plans to demonstrate its cloud-based software for visualizing data at the Innovation Showdown competition at VentureBeat’s DataBeat conference in San Francisco.

The startup also revealed a $1.7 million round of seed funding that will help it invest in engineering and design and gear up for a push into mid-sized companies.

DataPad lets people bring in data from several sources, including software like Google Analytics and Zendesk, as well as databases like PostgreSQL and Amazon Web Services’ cloud-based data warehouse. Or people can upload their own files to DataPad for web-based analysis.

From there, people can produce and quickly tweak a wide variety of charts.

With that perspective, DataPad could compete with with data-visualization startups like Chartio, DataHero, and StatWing.

While they focus on ease of use, DataPad could be a better fit for a wider cross-section of people inside of a company, and it can perform well with large amounts of data. Plus, as software that works with data in memory, it’s fast.

DataPad could also pose an affordable and easily adjustable alternative to widely used business intelligence and data visualization software from companies like Qlik, Tableau, and Tibco.

And instead of just offering a way for data workers to share static dashboards with colleagues, DataPad lets people tweak as much or as little as they want and, ultimately, provides the actual data that the visualizations are based on. Data can get updated regularly, too. That way, data scientists don’t get stuck generating reports for everyone inside of a company, day after day.

“We’re enabling people to do pretty much everything at this point,” said McKinney, who created the popular Python-based Pandas open-source library for data analysis. 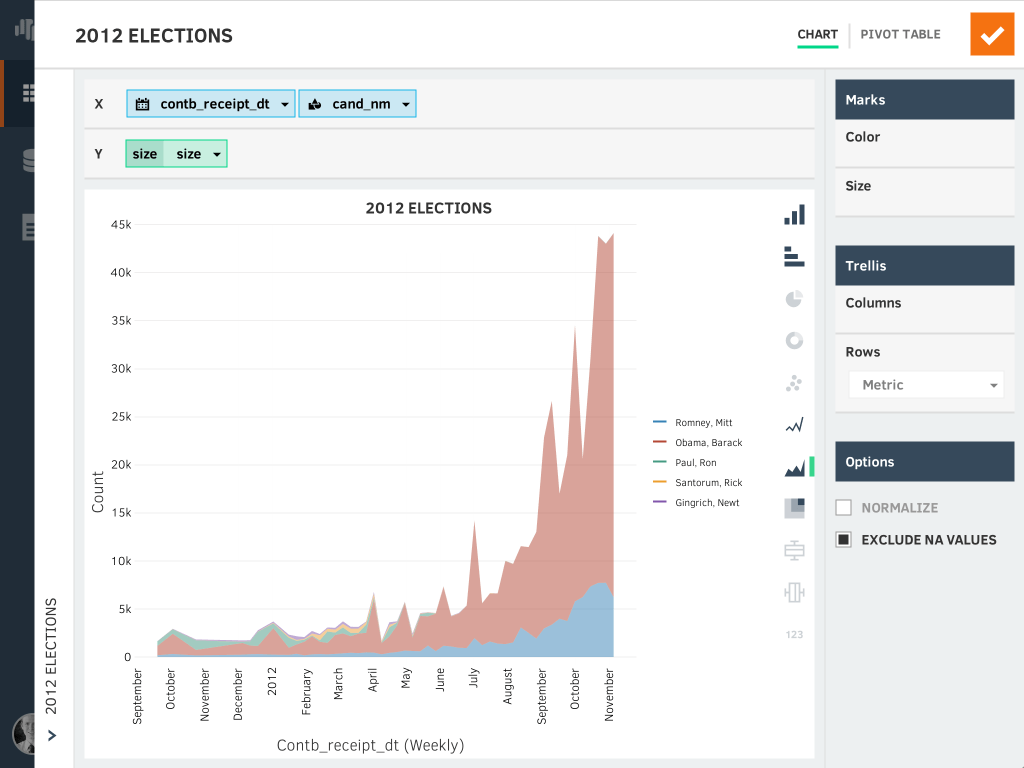 People lacking in statistics savvy can drop and drag characteristics from tables, and more skilled people can throw in more complex expressions from Pandas.

Around 80 people and half a dozen companies have been participating in a private beta; more than 3,000 people are waiting to access the public beta, McKinney said.

San Francisco-based DataPad started last year. Nine people work there now, and by the end of the year that number should reach 15 or 20, McKinney said.