Founded out of Boston in 2012, the DataRobot platform features hundreds of open-source machine learning algorithms and harnesses best practices and knowledge from “the world’s leading scientists,” enabling users of all skill levels to build predictive models for their companies. Users upload their data, select their target variables, and DataRobot “automates, trains, and evaluates” multiple predictive models.

Though it can be used to help data scientists work more quickly and at scale, DataRobot is targeted at anyone within the enterprise who’s looking to tinker with artificial intelligence to see whether it can improve their decision making. 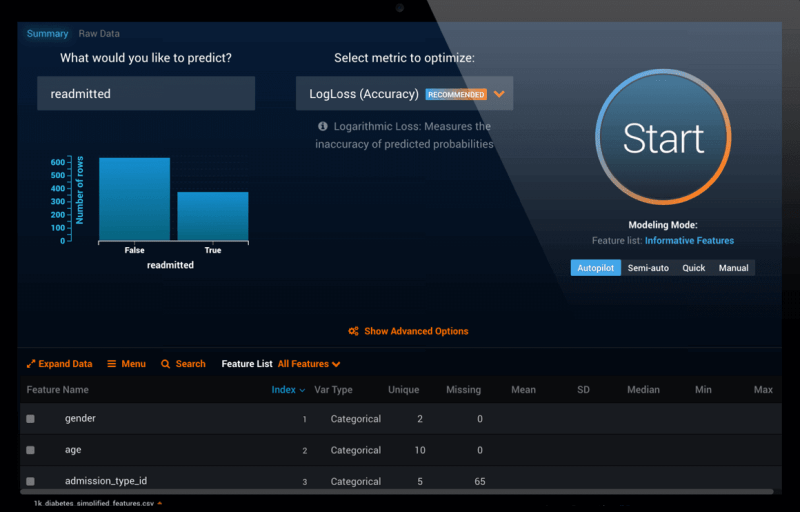 The company had raised around $ 57 million before now, including a $33 million round last February, and its latest cash injection will be used to “fuel the company’s mission to bring automated machine learning to mainstream business users,” according to a company statement.

More specifically, the funding will focus on three core areas of growth: DataRobot says it will double the size of its research and development team, expand its global presence, and increase its support for existing partners, which include Cloudera and Alteryx.

“Over the last four years, the DataRobot platform has been meticulously built, tested, and fine-tuned by the world’s leading data scientists,” explained Jeremy Achin, DataRobot cofounder and CEO. “By teaching machines to do 90 percent of the work that previously required a data scientist, DataRobot has truly automated predictive analytics.”

As companies increasingly look to streamline operations through automation, data science startups are ripe for investment. CrowdFlower, a company that combines human input with artificial intelligence to help teams organize their data at scale, raised $10 million last year from Microsoft, among others. And Eric Schmidt-backed data science startup Civis Analytics recently closed a $22 million round.