The DeLorean Motor Company is launching what it calls a historic nonfungible token (NFT) collection — including an NFT attached to a real DeLorean car — to commemorate the 40th anniversary of the DMC-12 car from the Back to the Future films.

One of the real DMC-12 cars, fully restored by company general manager Cameron Wynne, will be auctioned off with an NFT that can authenticate it as a one-of-a-kind collectible. Only 9,000 of the cars were ever made throughout the decades.

On top of that, DeLorean will also auction off a variety of other collectibles in the form of digital 3D art designed by the artist MadSteez. It is also auctioning off a real DeLorean Edition Super-73 Electric Bike as an NFT, and it is also going to sell coveted, NFT-verified spots in a waitlist for a rumored upcoming DeLorean product.

“The 40th anniversary is here and we wanted to do something revolutionary and different with the market,” said Cameron Wynne in an interview with VentureBeat. “We saw the craze of NFTs in the last couple months, and we just wanted to bring the future to an older brand.” 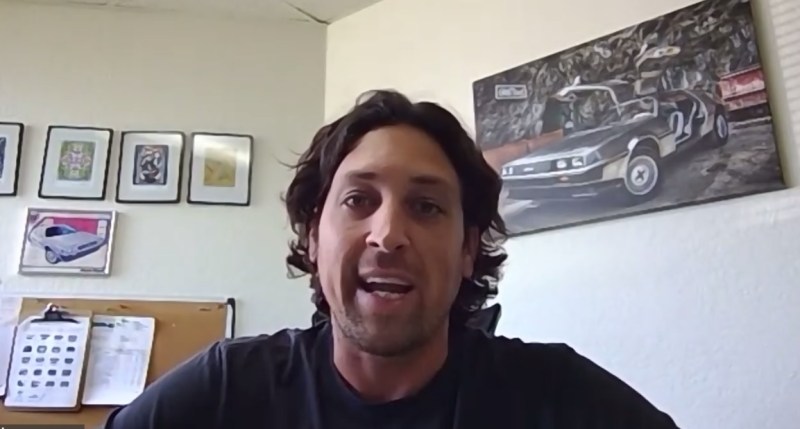 Above: Cameron Wynne is general manager of the DeLorean Motor Company.

It’s a marriage of NFTs — which can authenticate the uniqueness of a digital item using the blockchain, the secure and transparent digital ledger — and truly unique physical items like the storied DeLorean DMC-12, which has gull-wing doors and was used in Steven Spielberg’s Back to the Future films.

MadSteez created an NFT series of 40 unique DeLorean 1-of-1 NFTs. The collection tells the history of the car via animated 3D NFTs, highlighting notable years with accompanying one-of-a-kind physical items.

Wynne said he personally restored the DMC-12 car that will be put up for auction as the NFT.

“I thought it would be cool to let something go out of my collection that was important to me, as I originally restored it for myself to have as my weekend car,” he said. “When this came along, I thought it was a cool project.”

The collection includes three special edition DeLorean NFTs with “incredible” physical utilities. The crown jewel of the collection is a Special Edition 1-of-1 DeLorean 40th Anniversary Montage NFT that comes with an original DeLorean fully restored by the DeLorean Motor Company. This will be the first NFT offered with an actual motor vehicle. 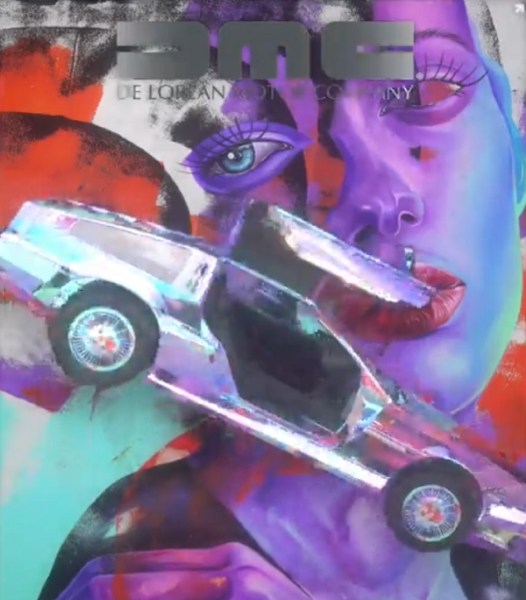 Above: An image of one of the MadSteez DeLorean NFTs.

“We are putting it out there and just really trying to celebrate each individual year and the milestones of the brand,” Wynne said. “Each one of the NFTs is a unique piece of art.”

Originally built in 1981, this DeLorean comes restored, inspected, and ready to drive with rare features including a gray interior, an automatic transmission, and an affixed one-of-a-kind 40th Anniversary DeLorean steel tag.

In addition, the Special Edition: DeLorean The Start of It All (1981) NFT will come with a spot on the DeLorean waitlist for the upcoming DeLorean redux. The company isn’t saying what this vehicle is yet, only that you will want a place in line. There are a variety of other NFTs as well — 42 in all.

DeLorean Motor Company has partnered with agencies Brand and Blend and Medium Rare to produce the exclusive NFT collection. Brand and Blend is a brand licensing and development agency, and Medium Rare is the team behind the Golden State Warriors, The Preakness Stakes, and the record-breaking Rob Gronkowski NFT Collections. All editions will be sold to the highest bidder on OpenSea. 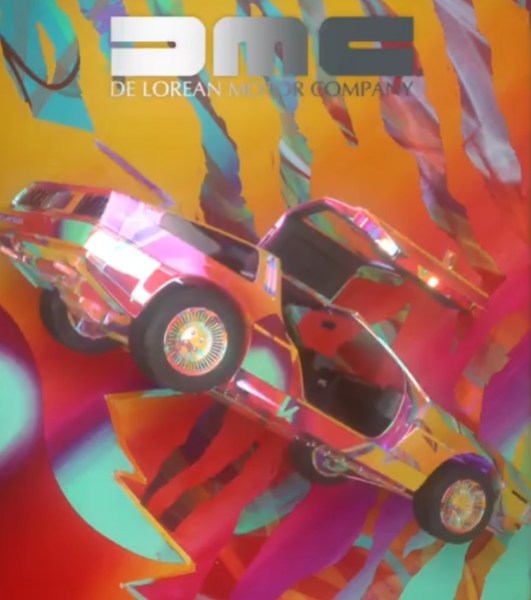 Above: A DeLorean NFT created by artist MadSteez.

John DeLorean created the original DeLorean Motor Company in 1975 and produced a single gull-wing DMC car in 1981. But the company went bankrupt in 1982, and the car was featured in the 1985, 1989, and 1990 Spielberg films, where the car is a time machine made by eccentric scientist Doc Brown.

In 1995, a Liverpool-born mechanic, Stephen Wynne, founded the current DeLorean Motor Company located in Humble, Texas. He acquired the parts, inventory, and DMC logo of the original defunct company. Sally Baldwin, John DeLorean’s widow, sued to get control of the brand but lost in court.

Above: Here’s the DMC-12 that is up for an auction as an NFT.

Cameron Wynne, the son of Stephen Wynne, is general manager of the DeLorean Motor Company. The current company is dedicated to the service, restoration, and resale of DeLorean cars in addition to protection and promotion of the DeLorean brand.

As for the wait list, the NFTs are a very important and easy way for somebody to hold a waitlist spot for a future model of a car, Wynne said.

The NFTs for the real automobile can be resold until August 1, and after that, the owner unlocks instructions on how to claim the car. The holder has to be verified as the owner of the NFT, and they can pick the car up in California or have it shipped anywhere in the world. Wynne said he has been working on the cars since middle school, when he was sweeping the shop floors.