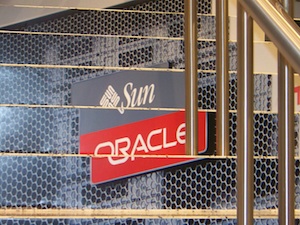 The European Commission today gave its approval to the acquisition of Sun Microsystems by Oracle, ending nine months of uncertainty about the $7.4 billion deal.

In a published statement, the commission (which is the regulatory authority for the European Union) wrote that “the transaction would not significantly impede effective competition.”

The EC concluded that while MySQL is the largest open source database software product on the market, it is still small compared to the largest commercial providers – Oracle, IBM and Microsoft – which together control 85 percent of the database market, based on revenue.

The EC further argued that even if MySQL was stifled by Oracle, another open source database provider, PostgreSQL could exert a competitive influence. In addition, other members of the open source community could “fork” (create new software derived from branches of the MySQL code base) MySQL to exert competitive pressure on Oracle.

“I am now satisfied that competition and innovation will be preserved on all the markets concerned. Oracle’s acquisition of Sun has the potential to revitalise important assets and create new and innovative products,” wrote Commissioner Neelie Kroes.

Deal opponents, led by MySQL creator and founder Michael “Monty” Widenius and software industry veteran Florian Mueller, said they will continue to appeal to regulatory bodies in China and Russia to stop or modify the deal to protect MySQL.

“I believe the EC’s decision is the wrong one,” wrote Mueller in an e-mail. “It seems to be a decision based on wishful thinking for the future more so than anything else.”

Oracle, a maker of enterprise software, will combine with Sun, a maker of processors, server and storage hardware, as well as software, to become a technology systems provider, selling Sun servers loaded with Oracle software. Oracle chief executive Larry Ellison has said his goal is to challenge IBM in the systems market.

Oracle has scheduled a public event Jan. 27 at which it will unveil its business strategy with Sun as a part of Oracle.