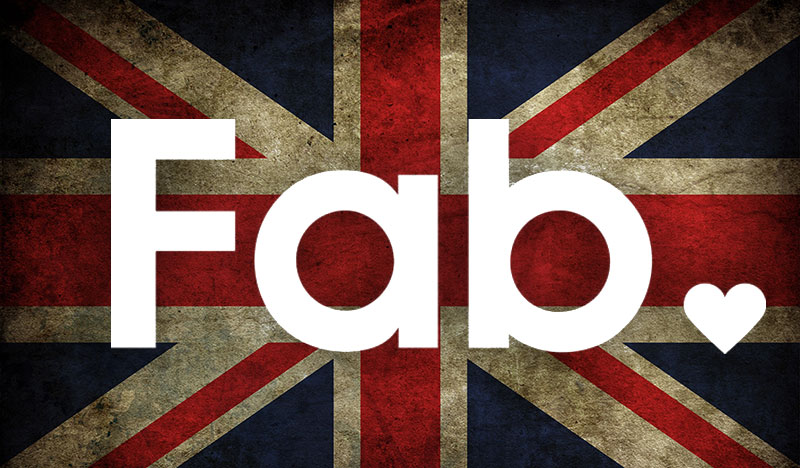 What do you get for the site that sells everything? A UK expansion via acquisition, of course!

Yes, design flash-sale phenom Fab.com is celebrating the end of its first full year in business, and part of that celebration is the purchase of Llustre.com, a bold-faced Fab clone in the UK. You’ll now find the Llustre team doing business as UK.Fab.com.

If you’re feeling a bit of deja vu, you may recall that Fab recently expanded into Europe in much the same way when it acquired German Fab clone Cassandra.de just a few months ago.

We’ve long known that international expansion was a big part of Fab’s plans for 2012. So, when we saw on Facebook that Fab.com founder Jason Goldberg was gallivanting around Europe, we guessed the Royal Jubilee wasn’t the (only) reason. And whaddaya know, our acquisition suspicions turned out to be correct.

“We believe that everyone everywhere beneﬁts from great design. We have a big big vision to bring Fab to every part of the world,” Goldberg wrote on the company blog this morning.

In the recent past, Goldberg has told us that his ambitions for the startup run large — one could even say Amazonian. And global expansion is a strong sign that Goldberg’s goals might not be unrealistic.

As always, the company is reporting rapid and robust growth. Membership sits at 5 million, up from 3 million in March of this year. (Goldberg told us a few months ago that he’d hoped to reach the 5-million mark by the end of the year; we’re wondering what the new goal will be.)

And those members have bought nearly 2 million individual products over the past year, leading to the kind of jaw-dropping revenue that has made Fab so popular with its investors.

“Fab.com is one of the fastest growing companies we’ve ever seen, not just compared to other Menlo Ventures portfolio companies, but e-commerce companies in general,” said investor Pravin Vazirani from Menlo Ventures, who is also a Fab.com board member. “They’ve obviously struck a chord with consumers and are capitalizing on that in a major way.”

Fab.com announced a big, shiny relaunch just last month. Go check it out and buy yourself something nice — to celebrate Fab’s birthday, of course.