Freshdesk successfully pitched the investors at Google Capital, the mid- to late-stage venture capital wing of the tech giant, which poured millions into the help-desk business alongside the startup’s existing investors, Freshdesk announced today. Altogether, Freshdesk pulled in $31 million in exchange for an undisclosed amount of equity, bringing its total financing to $44 million.

Since Freshdesk’s 2011 launch, the startup has helped companies support their customers with its cloud-based software. Its primary offering — the eponymous Freshdesk — enables customer support representatives to view and respond to queries from their customers across multiple channels, including email, phone, online forums, live chat, and social media. To keep customer support reps sane, the software maker does its best to turn customer service into a game with several gamification features.

Despite competition from Zendesk, Desk.com, and others, Freshdesk has built up a sizable customer base over the last three years. Freshdesk now has 23,000 customers across the globe, up from 14,000 in December, according to the company.

Miller uses Freshdesk at his current startup, e-commerce site NextSuit, and used it at his former employer, health communications service DoctorBase. But before that company switched to Freshdesk, the startup used Zendesk, which Miller found impersonal.

“The problem with Zendesk was it treated customers like tickets,” Miller said. “My philosophy is never treat customers as tickets. When you look at Freshdesk, you see a historical view of every single customer,” which helps Miller take a personal approach to servicing his customers, he explained.

Miller doesn’t think Freshdesk is perfect, however; he pointed to some downtime issues with in-bound call system Freshphone as one pain point. 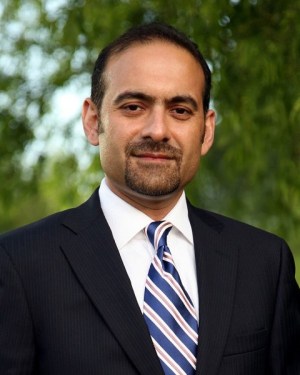 Freshdesk intends to “invest heavily” in its infrastructure, said Freshdesk president Dilawar Syed, who is focused on building the company’s North American business.

Infrastructure “doesn’t look like sexy, but frankly, speed to load a page and reduce downtime are mission critical,” said Syed.

Mobile is another big focus for Freshdesk, which offers Freshdesk apps for iOS and Android devices. It’s currently beta-testing apps for its new Freshservice offering, a cloud-based service desk for IT.

The $31 million from Google Capital, Accel Partners, and funding round leader Tiger Global Management will surely help with that.

Freshdesk has around 250 employees between its Walnut, Calif., headquarters and Chennai, India, development center — and it’s hiring at a rapid pace. It raised $7 million from Tiger and Accel late last year.