Those are two of the problems that Google Ventures companies face every day. So the $1.2 billion investment fund hired two designers to work with its 170 portfolio companies. And today they shared their prototyping methodology, or “design sprints,” with about 1,100 attendees at Grow Conference in Vancouver.

The challenge is to get quality ideas and build options and then let the data decide.

“You frequently start with a bad idea,” Google Ventures design partner Daniel Burka said. “You spend a bunch of time engineering that idea, and even if you have some doubts, you’re kind of committed. But launching a release is much more than zero work.”

In other words, you better get it right when it comes time to actually ship. 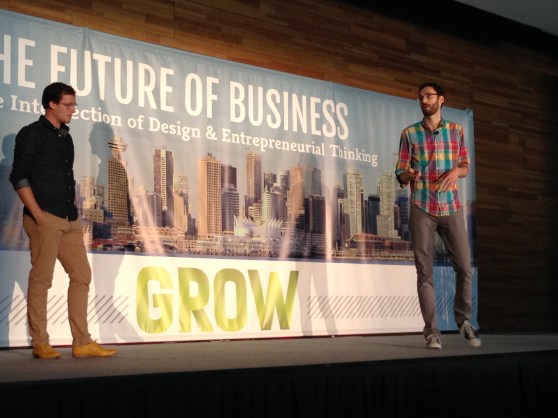 So Google Ventures built its own rapid prototyping process, with a defined five day schedule to understand the challenge, create multiple options, build multiple prototypes, and get real customer feedback — all in the space of just one week.

“You always start by setting a deadline that you can’t get out of,” Google Ventures design partner Jake Knapp said.

Day one is about listening and learning. Google builds user flows, looks for similar patterns in similar and different industries, and identifies current problems. It’s not until day two that the typical brainstorming that most people associate with creativity actually starts.

But not the way you’d think.

“You should never do group brainstorming,” Knapp says. “We always start with individual work.”

“There’s a tendency to behave democratically, Knapp says. “It turns out that that’s not a good way to make good design decisions … things get watered down.”

So while everyone — including the Google designers — get small blue dots to vote on the 10 to 12 options, one or two “deciders” get big orange dots. These supervotes go to executives or leaders who are most responsible for solving the problems identified on day one.

On day four, the goal is to build three complete prototypes, whether for a web app, a mobile app, or a piece of software. Here, the Google designers use all the data assembled in the first three days: sketches, user flows, terminology, verbiage, and more. 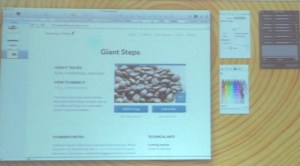 And their secret weapon is Apple’s presentation software, Keynote, with a plugin called Keynotopia.

“We actually use Keynote quite a bit,” Burka says. “It let’s us create mockups that are fairly high fidelity … without having the urge to try to refine button styles. So the CEO can be prototyping, anyone can be prototyping.”

Finally, on the fifth day, the team invites in customers — real people who use the startup’s product in one way or another — for a design “battle royal.” They enable the users to interact with the digital prototypes while watching from a different room. Multiple cameras enable them to see both what the customers are looking at, and how the customers themselves are reacting.

That enables Google’s designers to see what’s working in each design, what’s not working, and helps them pick either one winner, or a combination of several designs that together, comprises a winner.

Take a recent project with Google portfolio company Blue Bottle Coffee. With a redesigned website, the company doubled web traffic, and doubled time on page, with no increase in marketing effort. Another project with the NFL Pro Bowl tight end Tony Gonzalez’s Fitstar app helped the app maintain a 5-star rating even with hundreds of reviews, partly by adding what Knapp called a completely unnecessary technically “customizing” screen which makes users think the app is adapting to their needs.

“If you get even a handful of 1-star ratings in your first couple of hundred of ratings, you’re really fucked,” Burka said. “That’s the technical term.”

All those successful outcomes help Google’s portfolio companies be more successful. And that helps Google Ventures be successful.

“We want to make as much money as we can, because we’re greedy,” Knapp says with a smile on his face. “Helping companies with design is a powerful to improve our returns.”